Apart from Motorways and some newer sections of 'A' class roads, which were planned and constructed with motor vehicles in mind, the majority of roads in Britain have 'evolved' over more than a thousand years. Most probably started as footpaths, some would have been used by horseriders, and later by horse drawn vehicles. The Romans didn't care about the locals' property and built their roads in straight lines regardless but most later tracks would have had to wind their way around property boundaries. Buildings have sprung up right beside these tracks, and in many cases whole villages, so that the only way to widen these roads would be to demolish the buildings. As a lot of these buildings are of great historical value demolition would not be popular.

The only things that have changed is that some roads have been widened, a lot have not, and all of them have now been surfaced. Country roads are usually bordered by fences, hedges, stone walls, grassy banks or ditches and in some cases a combination of any of these.

First of all let's get one thing clear; 'Road classification' really means 'Route classification'. Because a road is classified as an 'A' road it does not mean that it is going to be any better in road 'quality' than a 'B' class road and sometimes the reverse is true. 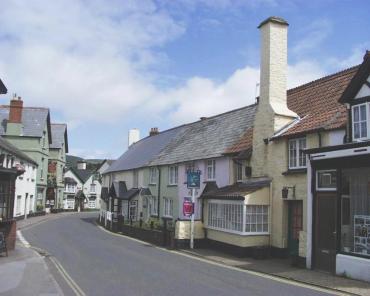 This is the A39 from Bath in Somerset to near Newquay in Cornwall.

A major east-west route that tends to follow the coastline but is not a good road for getting from A to B quickly. Quite the reverse. It is however a very good scenic route!

Its width varies along the route with the road invariably narrowing when it passes through ancient villages like this one. It is impossible in some places for two large vehices, such as buses, to pass but quite easy in others. 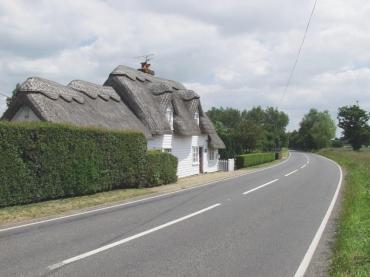 This is an unclassified road going from a small market town to a small village of no great significance.

It is however fairly free of sharp bends and is easily wide enough for two large vehicles to pass at any point.

You can see that in this case the unclassified road is wider and less 'bendy' than the 'A' class road. An 'A' class road is an important major route whereas 'B' class roads are minor routes of less importance. Confused? Well that's no surprise. All you need to remember is that the road classification will give no indication of its width or directness. 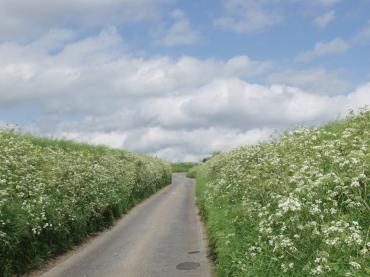 This is an unclassified road and is what might be described as a 'back' road.

It is wide enough for just one car and if you opened a window and stretched out your arm you would touch the flowery banks. Hopefully, along lanes like this, you will find places where it is possible for two vehicles to pass with care. It will probably mean that whoever is nearest the passing place will be expected to back up.

The experience is worth it, however, as these lanes are normally very quiet and give some delightful views 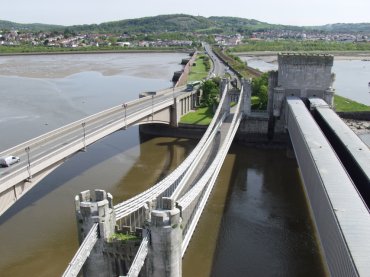 It is also fairly straight with only gentle curves. Compare this with the A39 above.

Motorways are less of a problem with a minimum of two, usually three, lanes in each direction with a dividing barrier of some sort in the middle - a 'dual carrigeway' road. Some 'A' class roads are actually very similar to motorways. 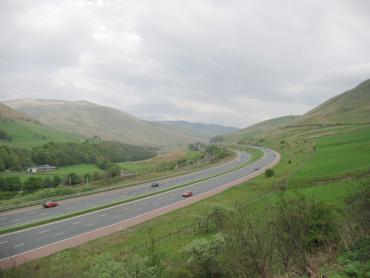 This is the M6 near Tebay in Westmorland.

Starting at a junction with the M1 near Birmingham and going up as far as Carlisle near the Scottish border this is a major north-south route with two distinct seperated carriageways and three lanes marked on each carriageway.

All motorways are modern roads built specifically for motor vehicles unlike many 'A' class roads which have evolved from ancient routes over hundreds of years.