Just back from a five day trip to here: 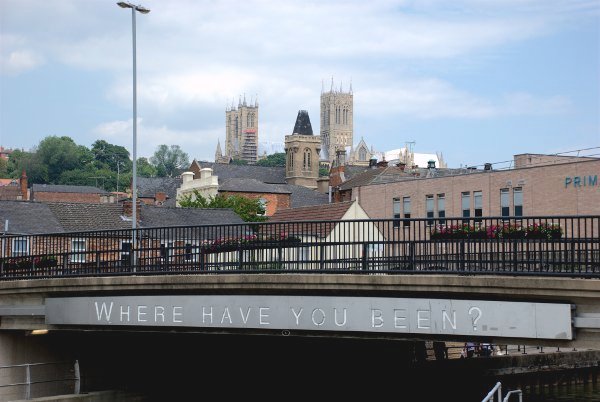 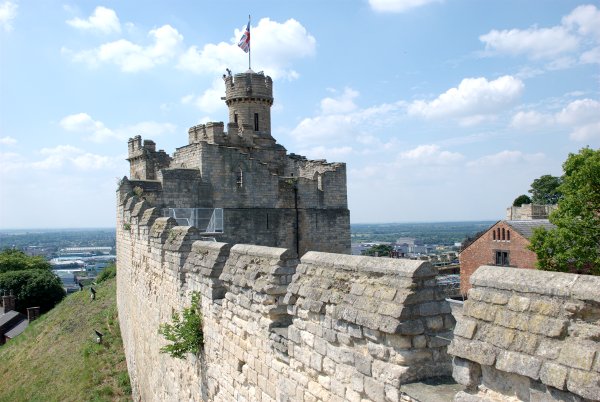 You've now had both big buildings so now for the third clue – the Steep Hill: 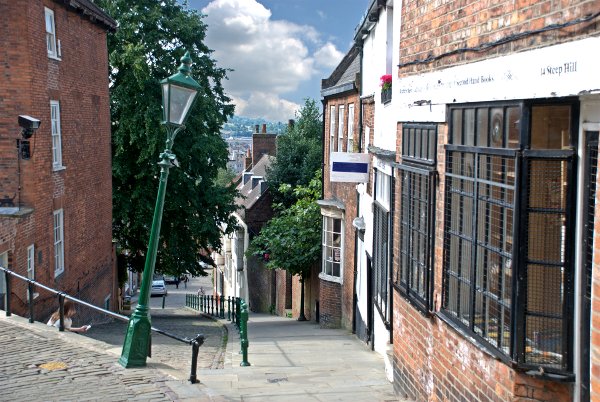 There are two clues there, one in the photograph and one not.

Annecyborn finally got it but not until the 'give it away' clue.

First picture shows a cathedral on the hill which immediately limits the number of towns to 30.

The second picture shows a castle which must limit it even more. You are looking for a place with a cathedral and a castle.

The third and final picture I described as 'the Steep Hill'. Note the capital letters on the words. That is because it is the name of the street and there is a further clue to that effect in the picture in the address painted on the right of the shop.

A judicious search might then have provided the answer but only for those bright enough to work it out.

The give away clue was, of course, Abraham Lincoln.

We left home on Saturday morning heading north up the A1 for Lincoln but we were intending to stop overnight in Stamford and that is what we did. We arrived at our B&B at 11:30 AM so we had the rest of the day to wander round Stamford again (we had been there before).

When we were there last I photographed a street called King's Mill Lane in what was very gloomy weather so I took some more this time in the sun.

This is the original in cloudy weather: 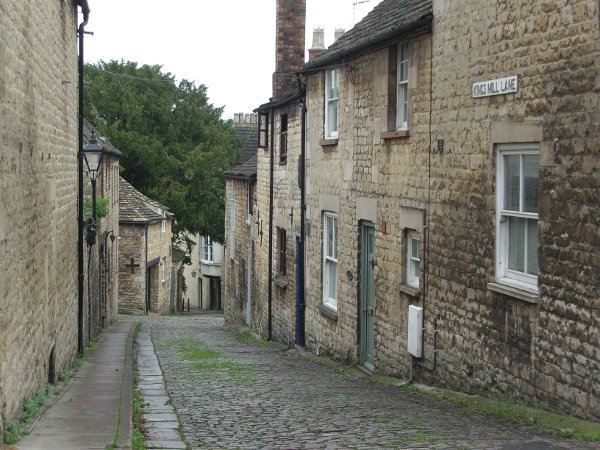 and these are the new ones: 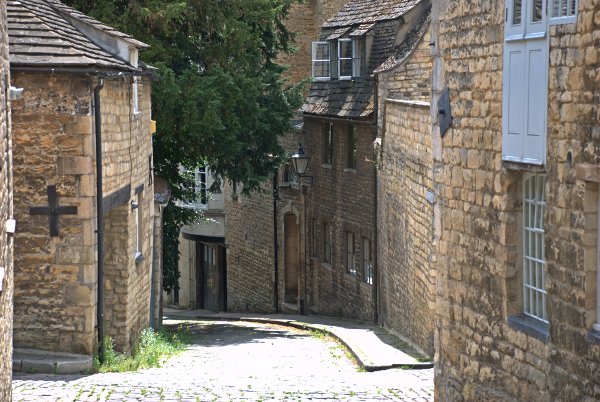 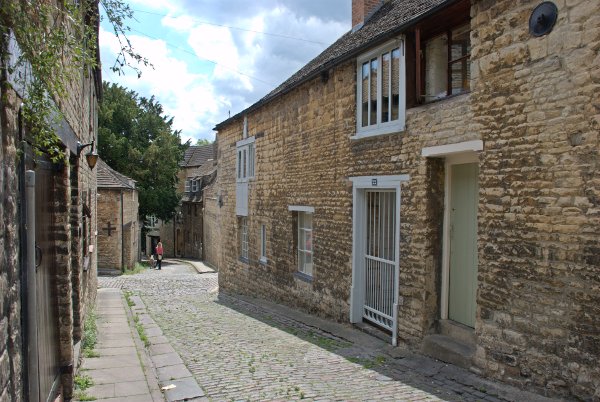 I did the same with Cheyne Lane. First the original cloudy weather one: 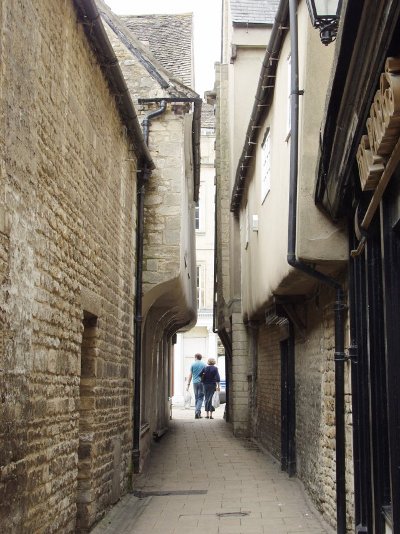 then the new sunny one: 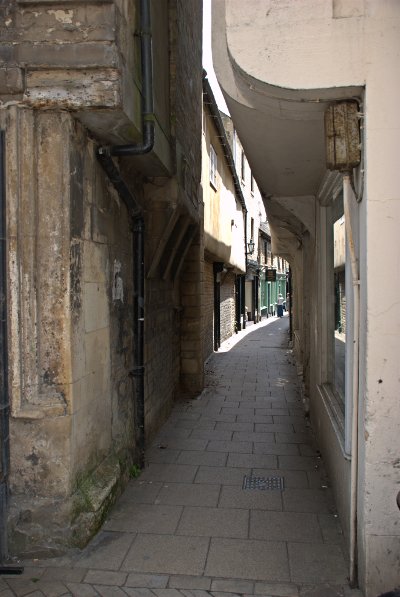 Do you think that the sunny ones are better?

I also took a new view this time which I rather liked. I think it's the jumble of rooves which make it interesting. I could do without the parked cars though. 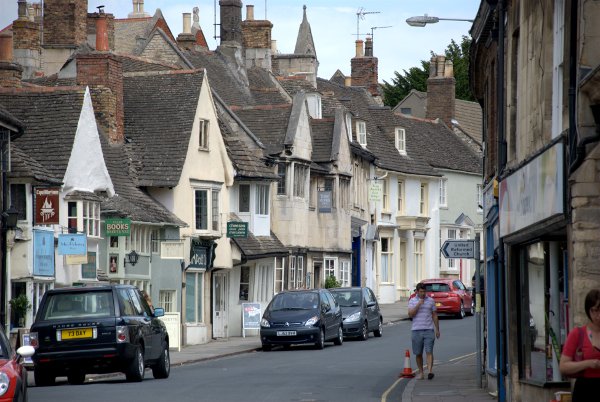 We also found time to re-visit the Barnack wildlife reserve, a few miles from Stamford, where we saw this Burnet Moth on a Pyramidal Orchid. Amanda decided, looking at the photograph, that it's a Narrow-Bordered 5-spot Burnet so if the identification is wrong it's all her fault. 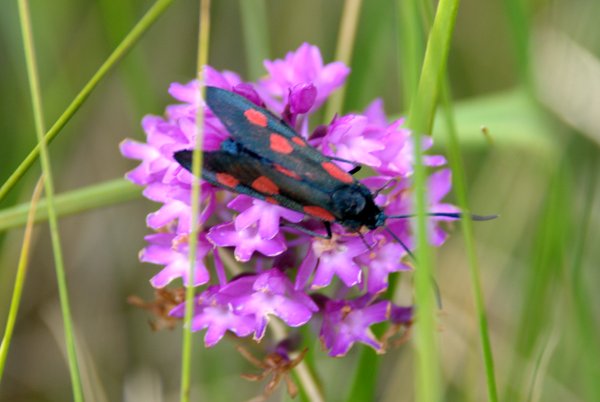 Then later we saw a better specimen of a Pyramidal Orchid: 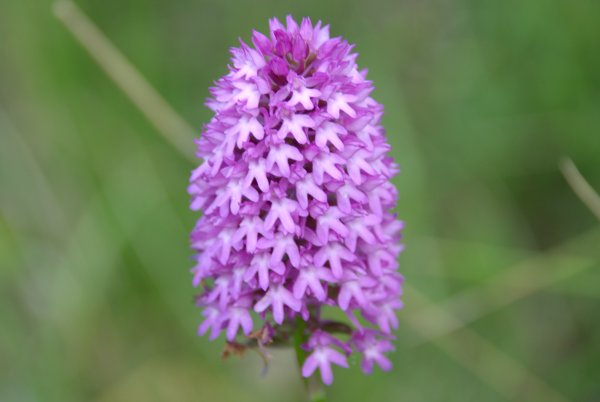 In the evening we had dinner at Mr. Pang's Chinese Restaurant in Cheyne Lane. We 'discovered' it on our last visit and thought that it was easily the best chinese restaurant that we had visited from the food, service and ambience point of view. We haven't changed our minds.

Next morning, after a good night's sleep we set off for Lincoln.

Sunday saw us back on the A1 heading north for an hour to Lincoln. So where did we stop first? Our hotel? The cathedral? The castle? Nope none of those! We stopped, naturally, in the local crematorium. We didn't stop there because we felt that one of us might be needing it soon but because we could get a good distant view of the cathedral on the hill and that photograph will appear in the main web site in due course.

Lincoln is like most modern cities with an old central part surrounded by a more modern area of housing and industry. It's no better or worse than any other city in this country but we, and probably you, won't be interested in anything other than the old central part. The old part was built around the hill and, consequently, going from the cathedral level to the river level is quite a stiff climb.

Luckily there is a little bus which shuttles between the two levels at 20 minute intervals to make it easy for the wimps out there. We didn't use it.

The main part on top of the hill consists of a large, cobbled market square with the cathedral and its precincts on one side and the Norman castle on the other giving the area a distinctly Norman feel. 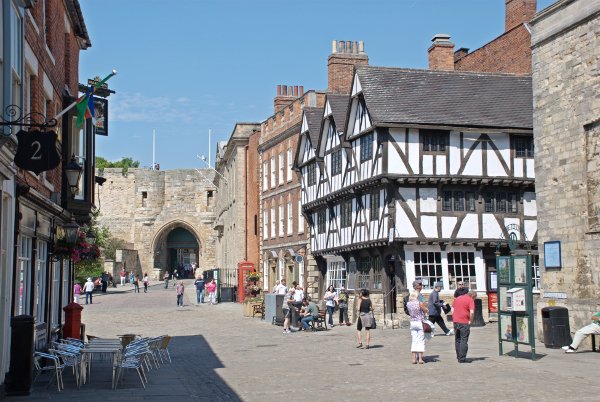 The popular route up and down the hill is via Steep Hill and it is aptly named. A narrow cobbled road, mostly devoid of motor vehicles, leading into High Street at the bottom which is a pedestrian precinct. Lots of shops from the quaint and curious at the top to chain stores at the bottom in High Street. 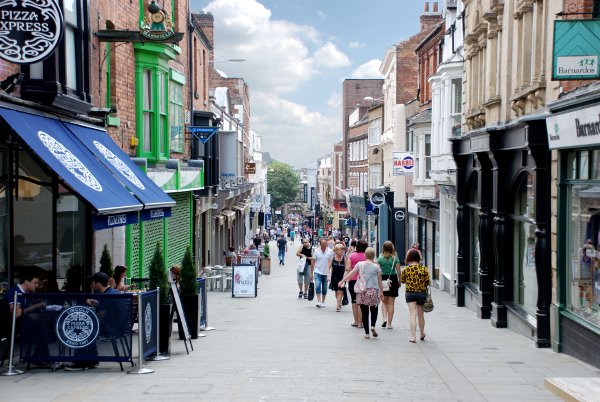 A little further on, through the Guildhall Arch, High Street crosses the River Witham where steps lead down to the waterside. There are a lot of swans on the river as you can, perhaps, see from this picture. 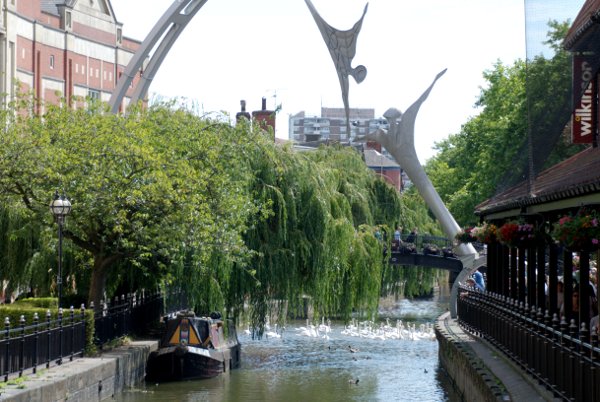 There are plenty of things to see in Lincoln including museums, an arboretum and, of course, the castle and cathedral plus the occasional oddity: 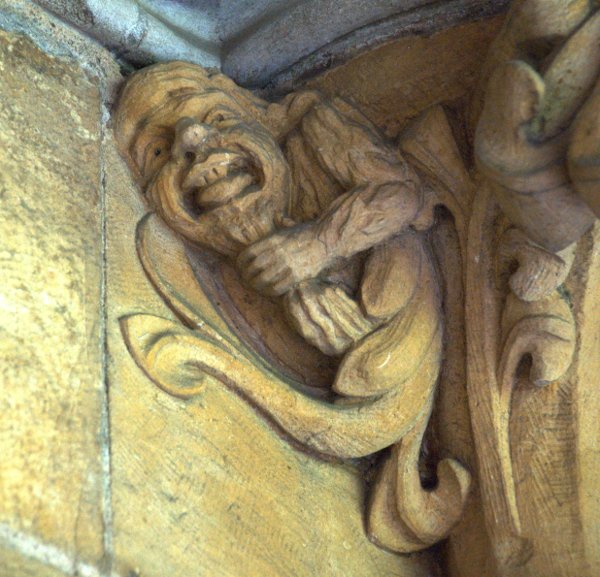 Full details of Lincoln will appear on the web site proper in due course.