Monday 18th April saw us heading off to London on the train, on our first trip of the year, to meet Marie who was over here from America and who was leaving for home the next day. We had arranged to meet at Holland Park Station so that we could start our day by visiting Holland Park.

Marie was waiting for us and we duly set off on the short walk to the park. Holland Park has a number of entrances and the entrance near the underground station was called Sun Trap and looked quite imposing. 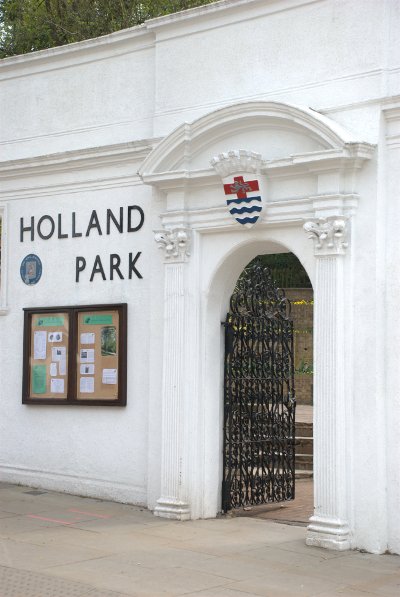 We went through the gateway and found ourselves in a wooded area and, as we progressed, we started to see Bluebells. There were also lots of Daffodils but they had just finished flowering and were looking rather sorry for themselves but the Bluebells looked rather nice. 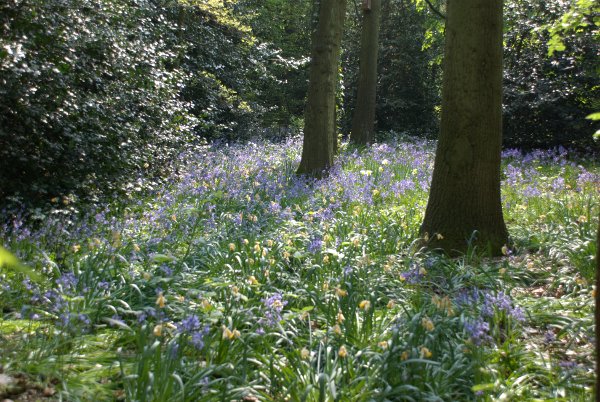 We eventually came across the statue of Lord Holland, after whom the park is named, and the two ladies are, reading left to right, Marie and Amanda. They seem to be heading for me quite purposefully so it may be time to beat a hasty retreat. 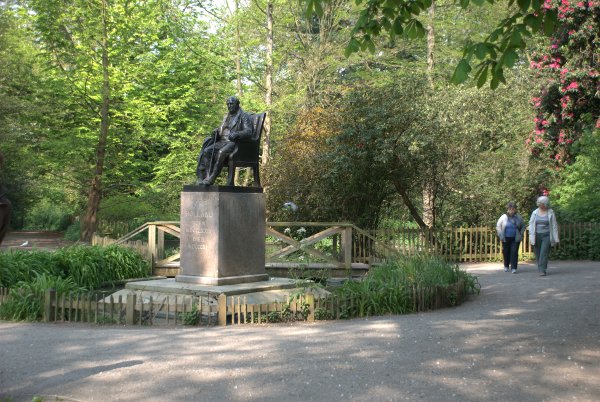 There were a number of paths lined with Japanese Maples which looked very attractive. 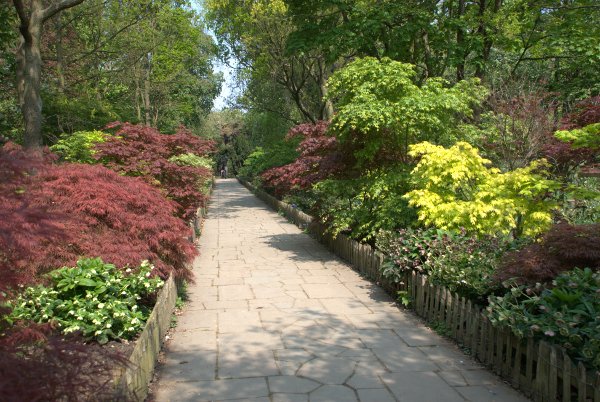 We next found the Kyoto Garden which is a traditional Japanese garden created in 1991 by a team of Japanese gardeners sponsored by Kyoto Chamber of Commerce in association with the Japan Festival of London. You can see Amanda is about to dive into the pond and Marie has turned her back in disgust. 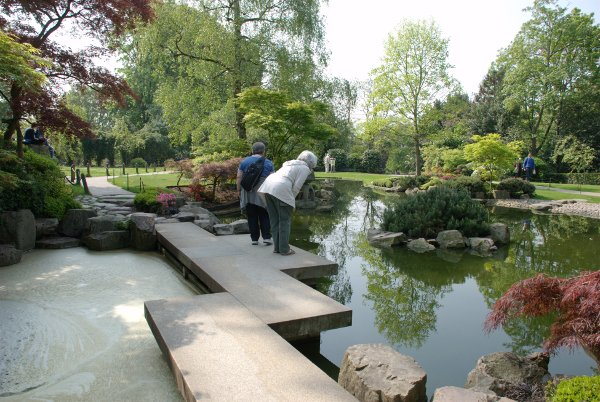 We also saw Mrs Moorhen with three mini-moorhens looking for food along the edge of the pond. 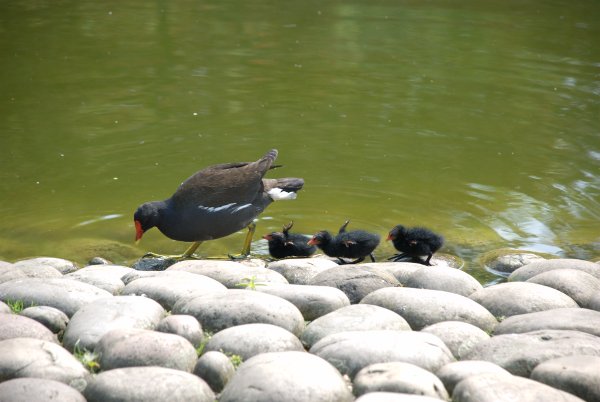 All in all a very attractive setting including a waterfall. 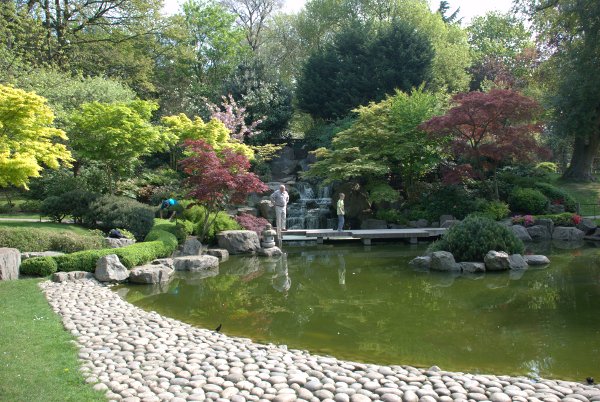 Someway further on there was an area of formal plant beds which were very colourful and pretty and it's quite surprising what one can find in some of these plant beds. 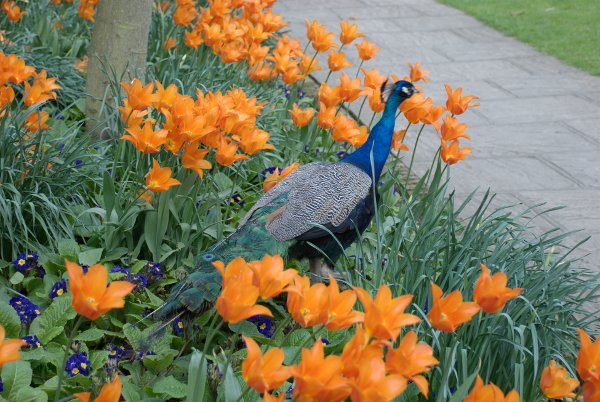 Yes it's a Peacock trying to disguise itself as a tulip but not quite managing it. There were other peafowl around and some of them perched quite high in the trees. Holland Park is, apparently, the only London park to have peafowl.

We decided at this point that we'd seen most of what there was to see and made a dash from West London across to the east to Greenwich via Canary Wharf in Docklands. We stopped in Docklands to have lunch at the Turkish Hazev Restaurant which is the building on the right beyond the trees. Pretty yummy food, no, make that very yummy food and to be recommended. 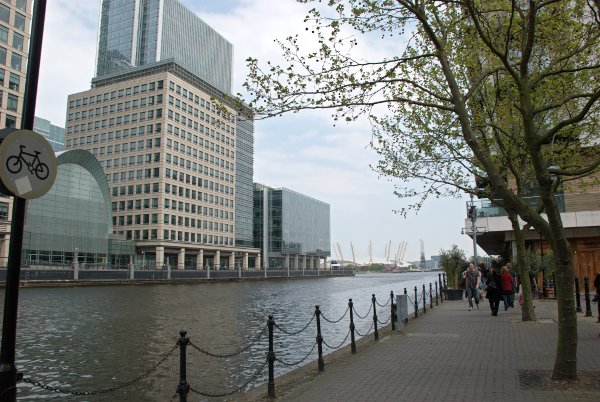 After lunch we got back on the Docklands Light Railway and headed to Island Gardens Station where we walked to the Greenwich Foot Tunnel and under the Thames to Greenwich and I won't even mention all the steps down and all the steps up. 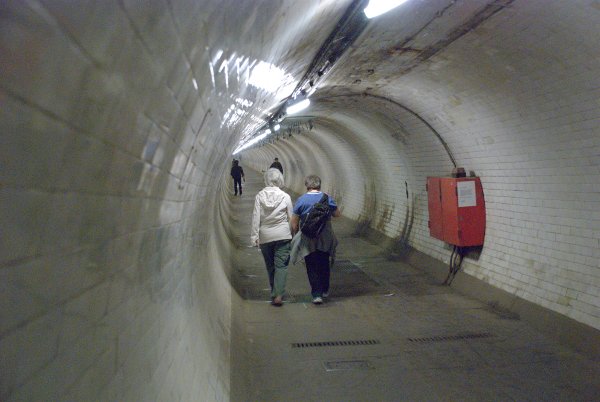 It is possible to meet some very strange people down here as evidenced by the photograph (mentioning no names of course).

Once on the other side we visited the Painted hall in the Old Naval College which is already featured on the web site but I'll incude another photograph here. 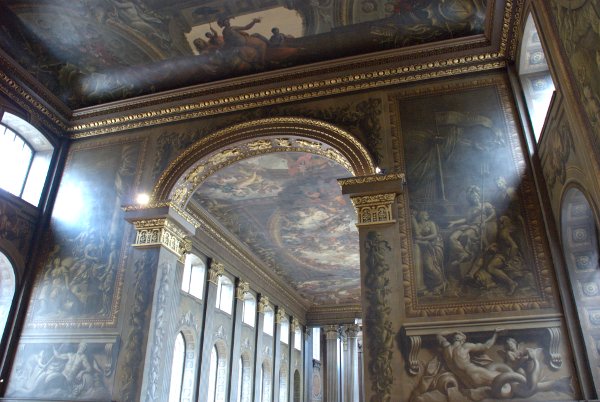 Then across to the Chapel. 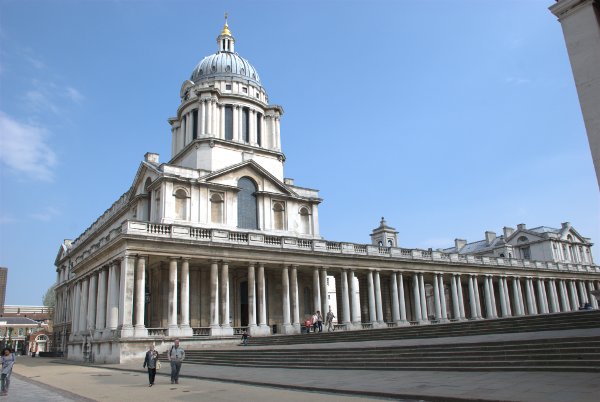 From here we climbed the hill up to the old observatory where we were treated to this view across the Old Naval College to Docklands beyond. 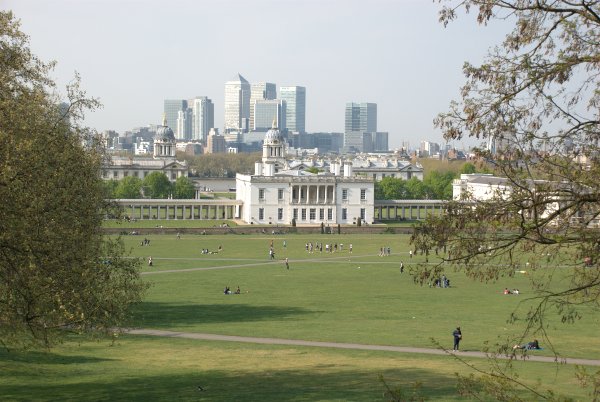 Time was running out and we had to make our way, by DLR and Underground, to Liverpool Street Station where we had a meal together. Then we caught our train home and Marie went back to her hotel to pack for her journey home tomorrow. All in all a very good day was had by all.

One thought on “Down among the tulips something stirred.”