Today we leave Mere to make our way home but we are going back via Avebury. We have been to Avebury before and there are pictures on the main web site but we are going again so you'll just have to put up with it.

On our last visit we didn't look round Avebury Manor although I did include a photograph taken from the front gate but this time we were able to look round the gardens. The interior was temporarily closed to the public so we weren't able to go inside. 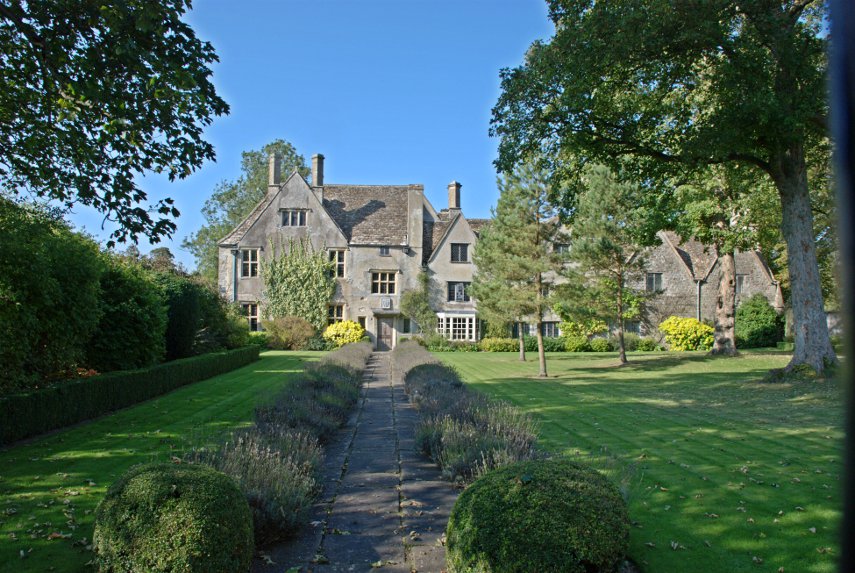 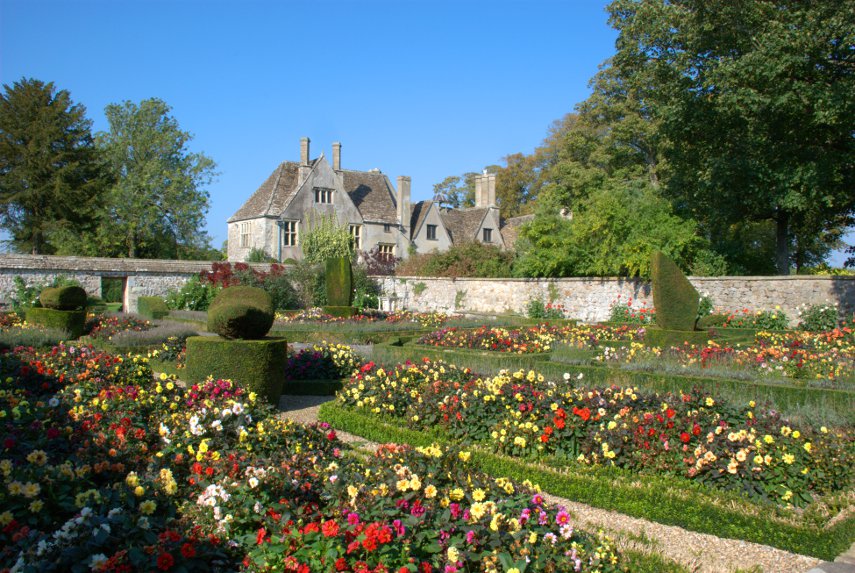 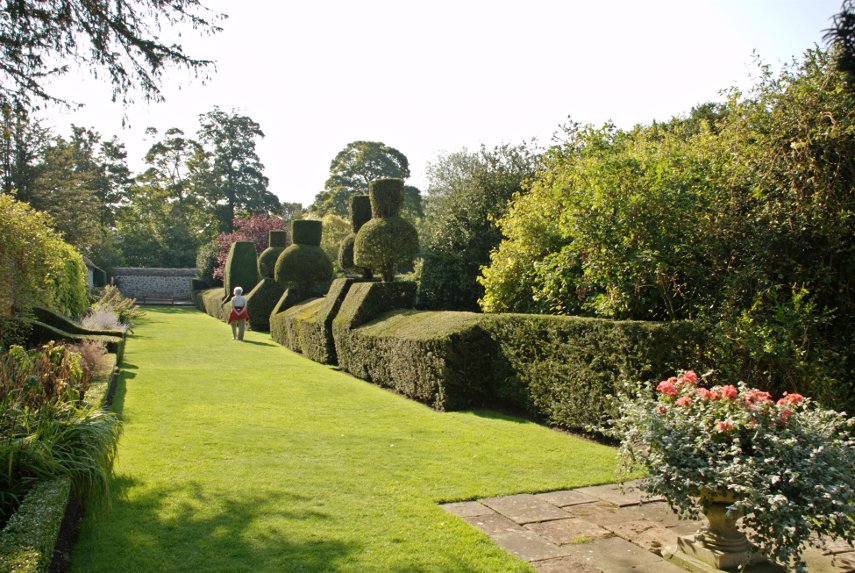 There are no prizes for guessing who that person is walking by the hedge with the nice topiary.

There is a picture already on the web site which includes this stone with the funny face taken from this same viewpoint. So? It's a nice happy, friendly stone. 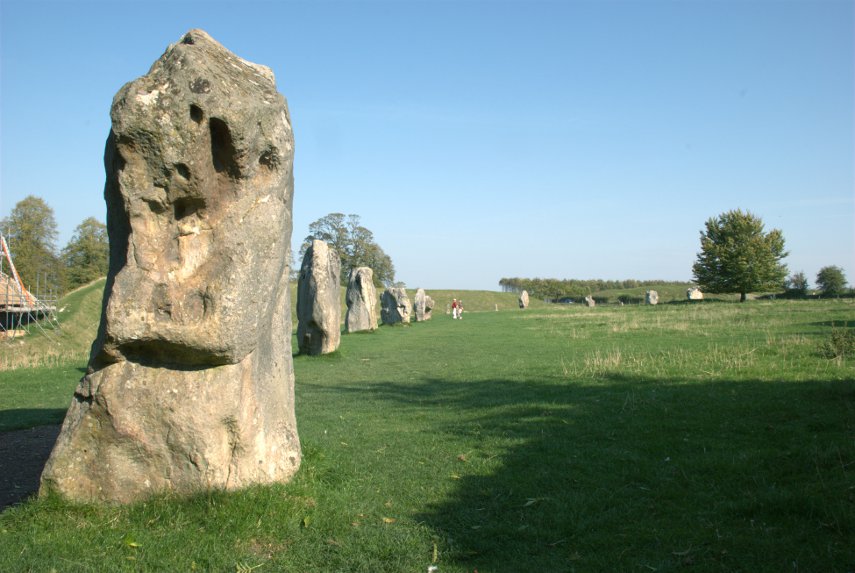 Amanda stopped to have a chat with one of the other stones and, being paranoid, I think they're talking about me.

Amanda: "What do you think of that old buffer with the camera?" 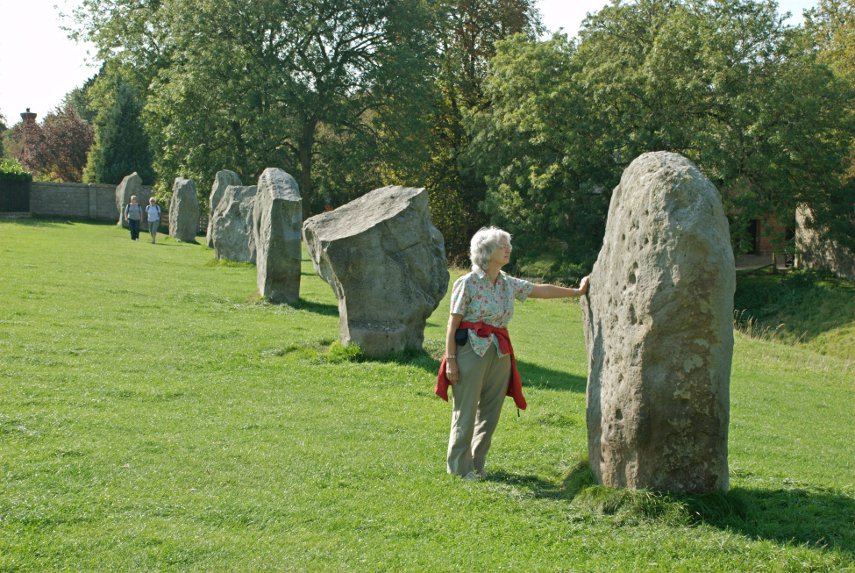 There is the West Kennet Avenue, comprising more stones, which leads away from the circle towards The Sanctuary. This picture shows part of it with some of the missing stones replaced by small markers. 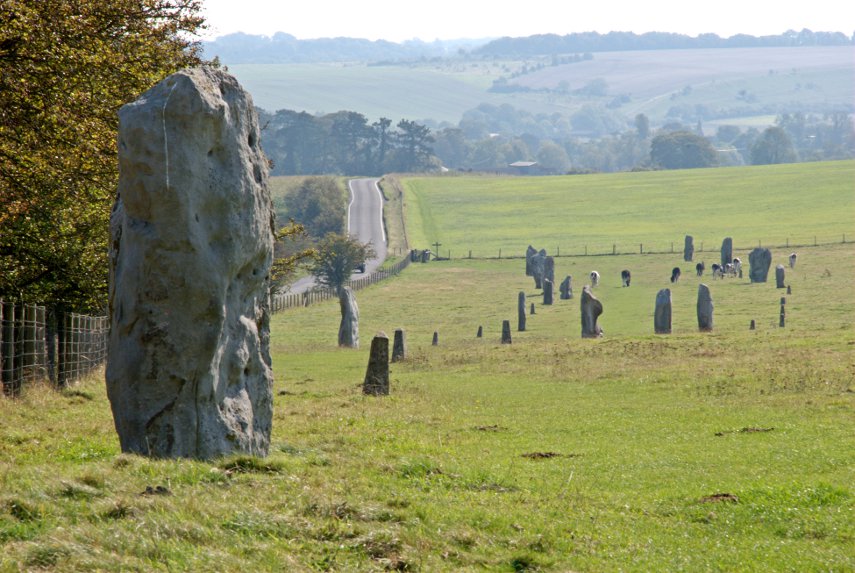 That was the end of our trip because we wanted to leave around 2 O'Clock so that we would be home in time to avoid most of the rush hour traffic which we managed without incident.

This is a Mere finale.