It's very misty this morning with no sign of the sun although it is supposed to burn off the mist later. Today we go home but as we don't have to leave the hotel until 11:00 AM we had a last look round Marlborough and noticed this old milestone by the side of the pavement. 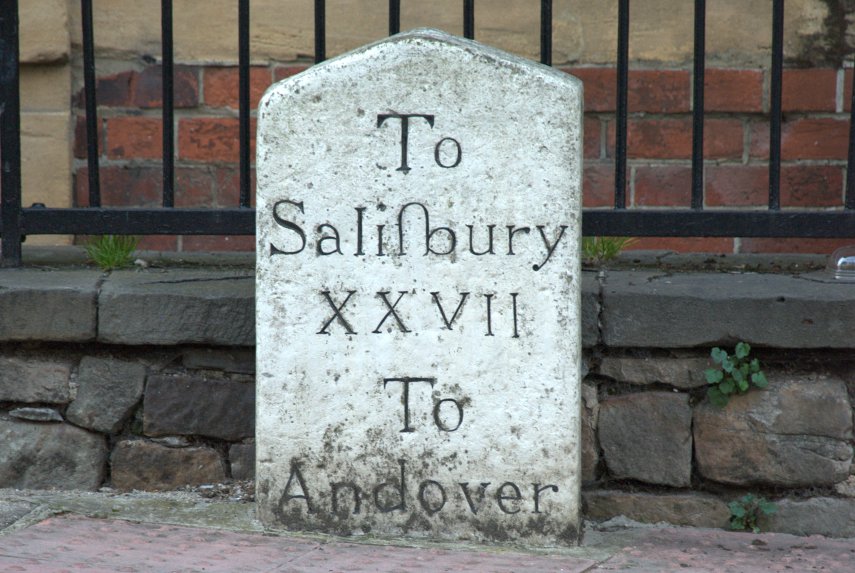 Then we were off, but only just. These old coaching inns entrances were not made for cars and can often be a bit of a squeeze. 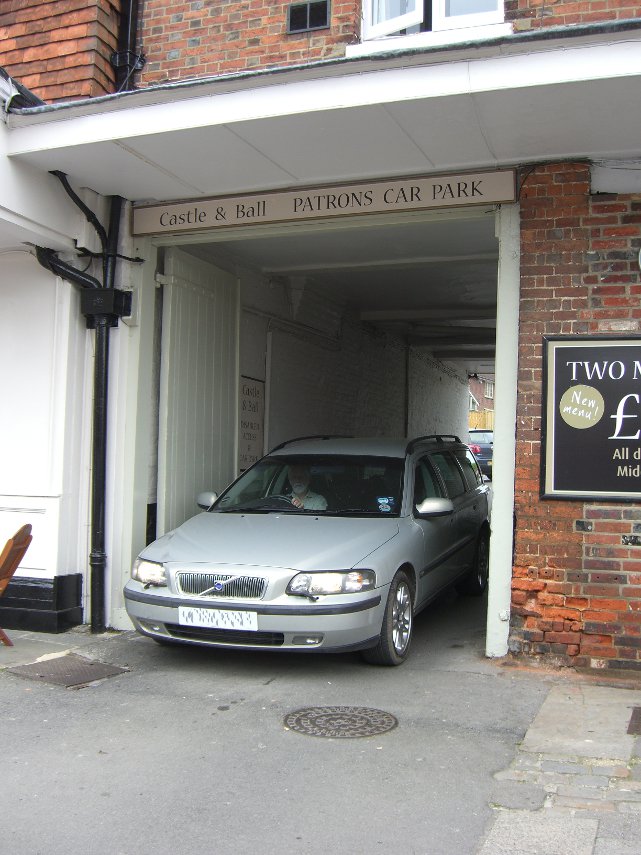 We had decided to go via Inkpen Hill south of Hungerford to see what it was like as we had planned to walk along it sometime.

It all went rather well until we turned south at Hungerford into the maze of little back lanes that we needed to navigate to get to Inkpen Hill. I seem to remember numerous remarks from my navigator (Amanda) along the lines of "These lanes don't match my map" which usually means:

There were plenty of junctions with plenty of signs none of which pointed to where we wanted to go. Then Amanda says "Ah! I think I know where we are so go that way" and, yes, we were at last on the right road which eventually led us to Inkpen Hill. We were quite high up when we found the little car park although we couldn't see a lot because of the mist but it did look worth a proper visit one day. I didn't take any photographs because of the said mist.

We turned for home, this time following the signs for Hungerford, and had another easy run with no traffic problems.

We travelled 366 miles in total most of that along the maze of country lanes near Hungerford.

Another short, but satisfactory, trip completed.

One thought on “Singing, singing, buttercups and daisies – Thursday”