It was such a lovely September afternoon yesterday that we decided to take a trip out to St. Peter’s Chapel at Bradwell-on-Sea which is already featured on the web site.

The sunlight had that magical mellow September feel to it and walking from where we parked the car to the chapel the surrounding landscape, complete with blue sky and clouds, looked wonderful. 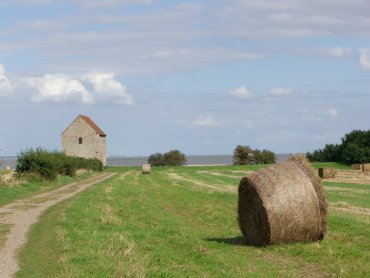 St. Peter’s Chapel started life 1300 years ago as a Saxon cathedral and sits on the banks of the River Blackwater near the site of an old Roman fort and a lot of the building material was taken from that fort.

The river at this point is about a mile wide and we walked the short way across the salt marsh, which was a bit muddy, to the rivers edge (not a particularly bright thing to do when wearing sandals). There was a large area of the shore covered in broken shells of the Common Cockle through which a small stream ran into the river. 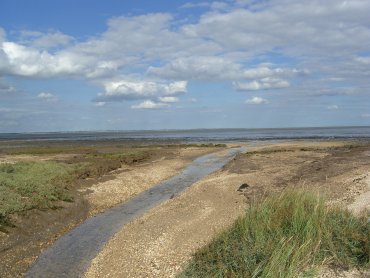 Here is a closer look at the chapel. 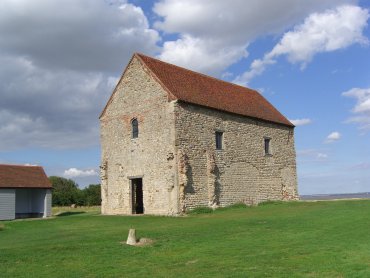 Later that evening, when we were back home, Amanda spotted this in our garden. 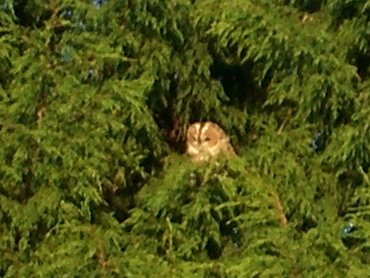 Only it’s head is visible but it is a Tawny Owl roosting in one of our trees. An unusual sight at this time of day in bright sunlight. It made a nice end to a nice day.