After a relatively easy drive of one hour and 45 minutes, 15 minutes less than Google's estimate, we arrived in Peterborough. We had booked one night at a Premier Inn near the Ferry Meadows Country Park so we parked our car there and caught a bus into Peterborough City Centre. This is a photograph from the front seat on the top deck of the bus just as we were about to cross the bridge over the River Nene. Peterborough Cathedral is visible in the distance with the old Customs House on the right of the bridge. 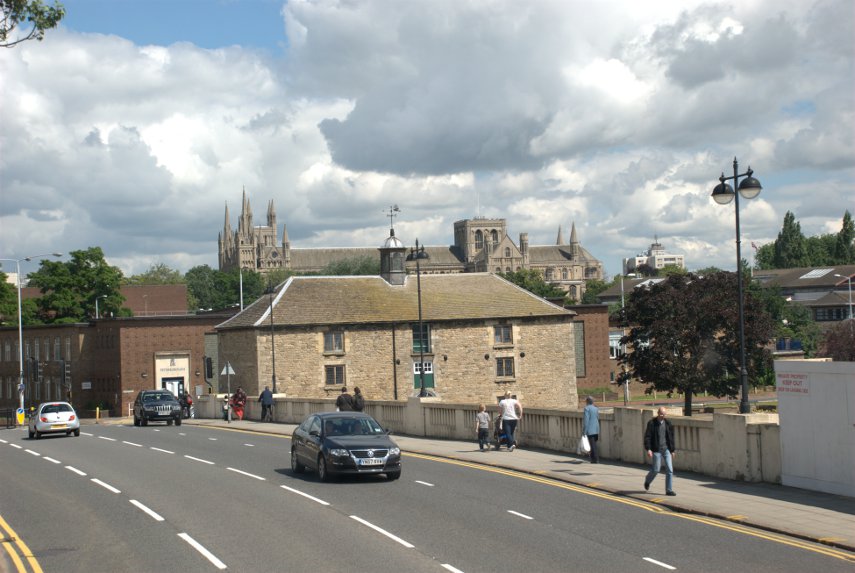 I'm surprised that it's as sharp as it is as I was being severely joggled by the bus bouncing about. The cathedral,of course, was what we were here to see. The stone from which it is made is limestone which was quarried from the old medieval quarries at Barnack. 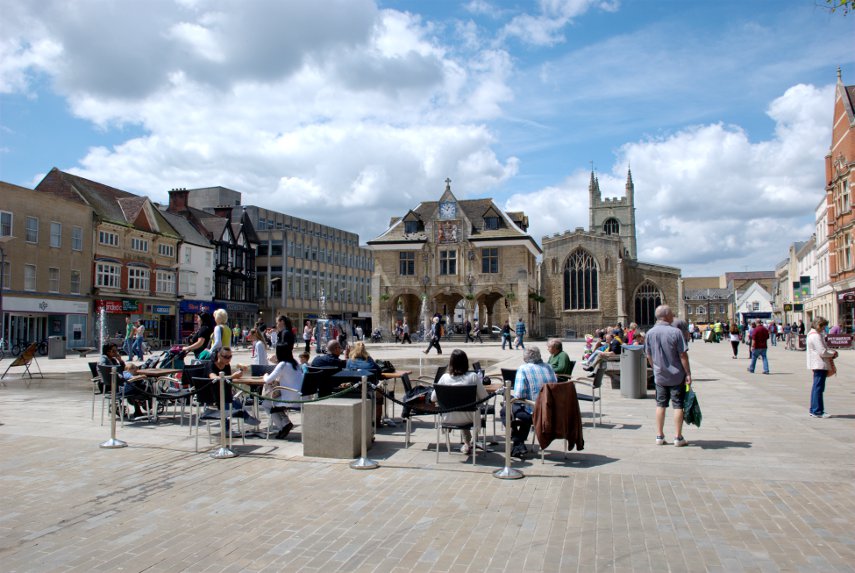 Looking in the opposite direction we see the entrance to the cathedral close – so that is were we go. 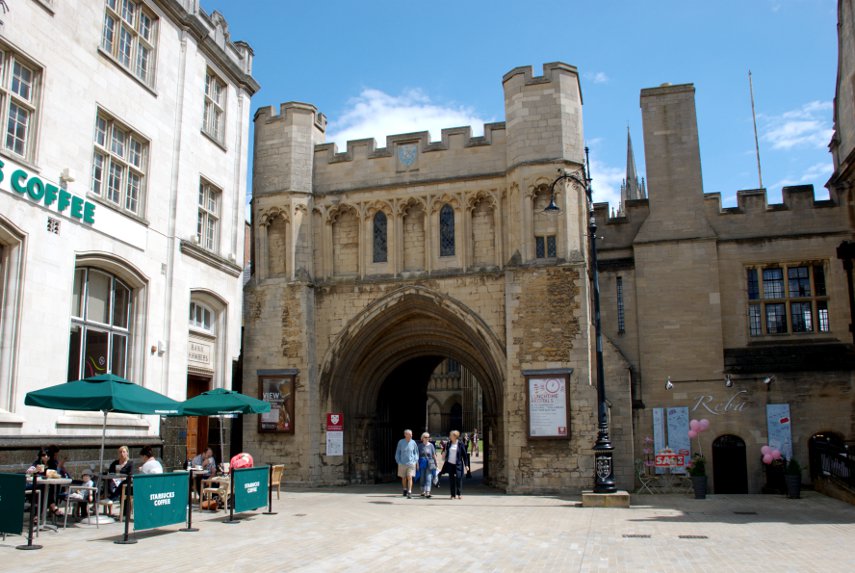 Once through the arch we are presented with this view of the West Front. 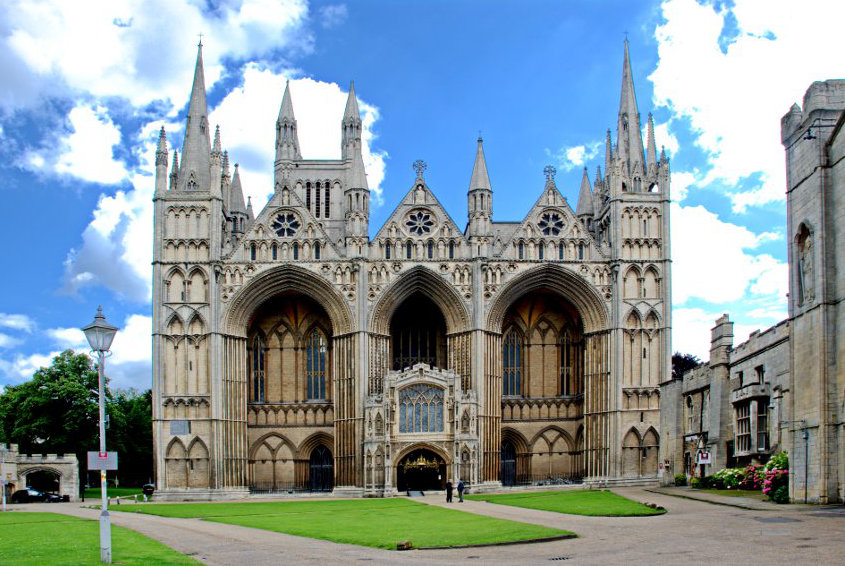 Just look at the size of those three arches compared with the people just in front of them on the central path. To describe them as impressive seems to be a bit of an understatement.

Time to go inside and the first thing we see is, of course, the nave.

The painted ceiling dates from around 1250 and is the only medieval painted wooden ceiling surviving in Britain today. The carved marble font is also medieval dating from the 13th century. 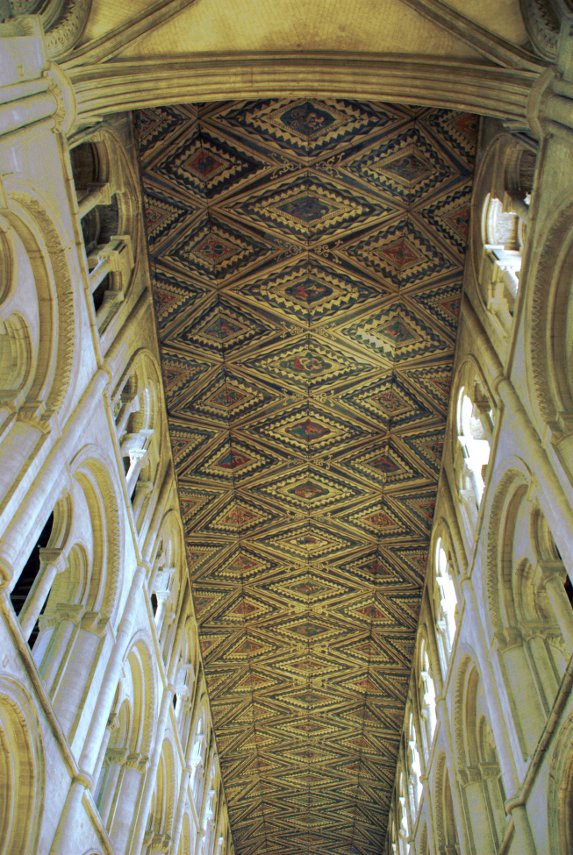 This next view from the east end of the nave is looking through the Quire, under the tower crossing and into the Sanctuary. 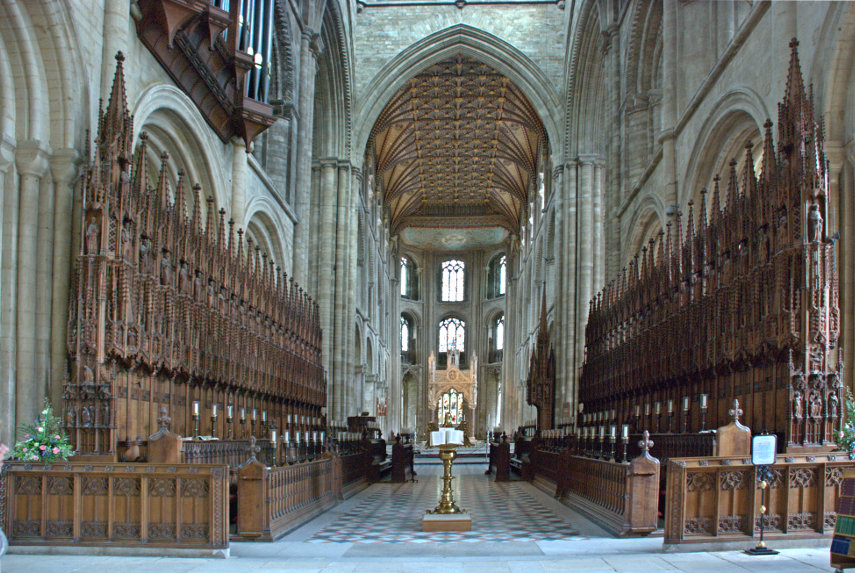 Walking through the quire stalls to stand directly under the central tower and then looking up we see the tower ceiling. 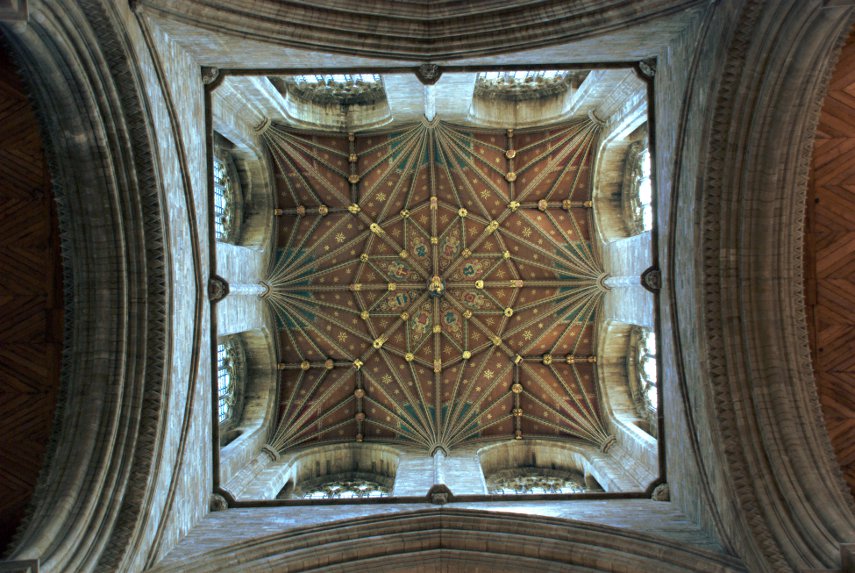 There are lots more interesting parts of this cathedral which will feature on the main web site at a later date.

After looking round the cathedral we wandered over to the terminus station of the Nene Valley Railway, a heritage railway, in the hope of seeing a steam train. We waited 20 minutes and saw the last train of the day hauled, very appropriately, by a  locomotive named the 'City of Peterborough'.

We took the bus back to our hotel at the end of the day and after our evening meal we prepared for the longer journey that we would be making tomorrow.