Today dawned cloudy with a forecast of possible showers so 'inside' looks good. We made our way over to the cathedral to look round the inside as we saw only the outside yesterday.

The Nave is the second longest, after Winchester, in England. Whilst we were in there we saw a young blackbird perched on a ledge in one of the aisles alongside the nave giving a plaintive cheep ocassionally. A little later on all the lights went out and it turned out that they were trying to encourage the bird towards a bright door opening that went straight to the outside. They apparently succeeded and shortly after the lights came on again. 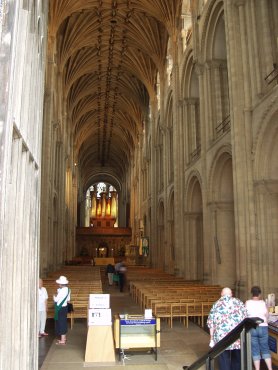 In the North Aisle there is a small exhibition of Church Plate in a loft near the Jesus Chapel and within that loft there were some medieval paintings on the roof and part of the walls. 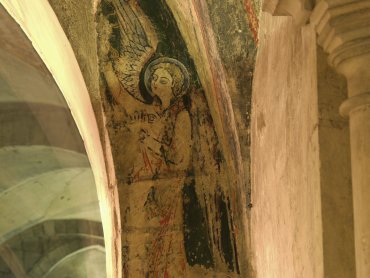 A little later we noticed a strange rushing noise had started and suddenly realised that it was heavy rain – an excellent time to be inside. We decided to have a break and retired to the Cathedral Refectory – very bright, very modern and built alongside one wall of The Cloisters. You can see part of the Refectory on the left and the Cloisters wall on the right. 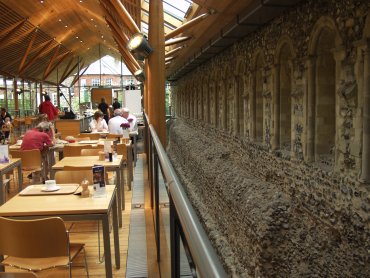 Afterwards we looked round The Cloisters and the maze within it then decided it was time to move on – Dragon Hall called!

We had a street plan with us and, believe me, you would never find your way around the maze of city streets without one. We managed to find King Street and there was Dragon Hall! 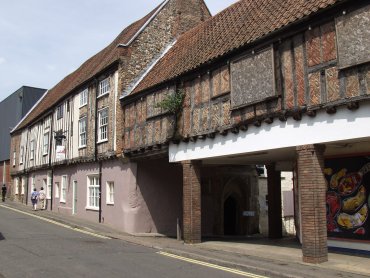 An extremely interesting medieval merchants house and trading hall. They even had some medieval clothes for visitors to try on so Amanda took the plunge. 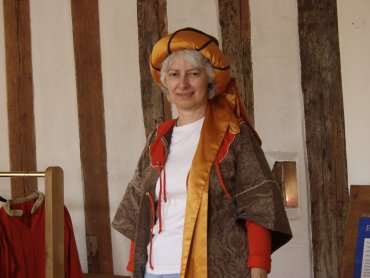 We went back to the hotel to un-emcumber ourselves, well me really, of the rather heavy tripod used to support the camera inside the two buildings. After some refreshments and a short rest I decided to walk along to Carrow Hill to look at part of the old city wall whilst Amanda decided to stay in the hotel. 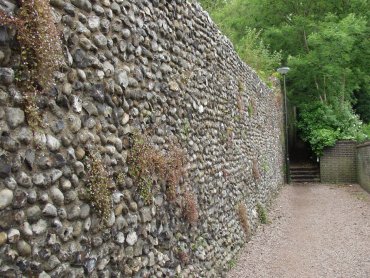 I returned to the hotel and that is where we stayed until the next day.