Today was a lovely sunny day so we took ourselves off to Epping Forest. We went to an area known as Almshouse Plain and after a little walking we arrived at Cuckoo Brook which snakes its way along the bottom of its shallow valley. The rather tortuous route is known as meandering and the individual curves as meanders. 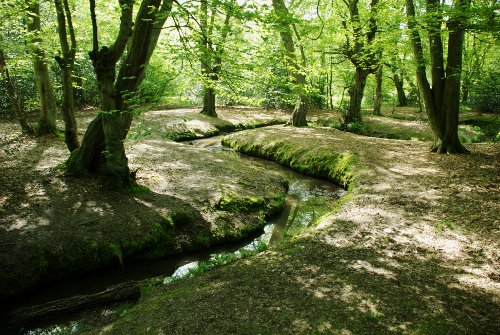 If you look carefully you should be able to see two complete U-bends in the picture.

After following the stream for a while we moved off to the Cuckoo Pits. Why ‘Cuckoo Pits’? Gravel was extracted here many, many years ago on a small scale and the pits left by the extraction were near the Cuckoo Brook – so …

Some of the pits are now water filled and have become established ponds. We were walking near one of these when Amanda said “Did you hear that noise – it sounded like a snake going into the water” and then we saw a small Grass Snake swimming away from the bank and into the cover of some reeds. Then, about a hundred yards further on, we came across this: 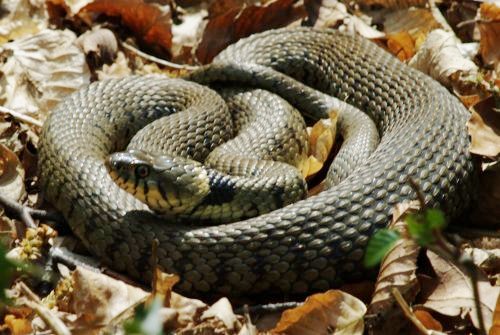 How’s that for another set of meanders on a fine specimen of a Grass Snake (Natrix natrix) and not at all venemous.

We had an enjoyable day altogether and returned home in the late afternoon.

P.S. After lunch, post snake, we went to another area of the forest known as Mount Pleasant and walked through Little Monk Wood to Court Hill and this old tree rather caught my eye – I think it must have been that root system and I just had to add a picture of it. 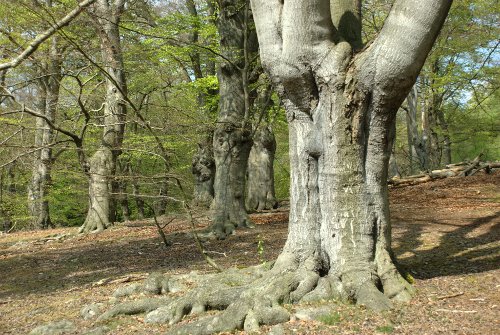 We walked back to our car via Bell Ringers Hollow and Great Monk Wood. All these ecclesiastical terms won’t surprise you when you realise that this area of Epping Forest was used as a major route by monks travelling to and from Waltham Abbey.

One thought on “Snaking through Epping Forest”