This is my last breakfast at the Royal Lion and my last morning in Lyme Regis. After breakfast, having re-packed my case, I wander up to the bus stop, catch the bus to Axminster Station where I wait for the London train.

So am I homeward bound? Well, yes, but it has occurred to me that one of the stops on route is Sherborne, still in Dorset, and my ticket permits me to break my journey if I so choose. I decide to get off at Sherborne and see if the Tourist Information Centre can find me a bed for the night.

It is only a five minute walk to the TIC, and just before I go in, I can hardly fail to notice Sherborne Abbey in front of me; the stone glowing golden in the sunlight – can't wait. The ladies who run the TIC are very nice and soon fix me up with B&B for one night. I go straight to the B&B so that I can leave my case but the room is ready and I'm soon settled in.

I walk back to the town centre heading for the abbey along Long Street so called because it's, well, long. Near the end of Long Street I can see the tower of the abbey church and, just across the road, another interesting little structure. 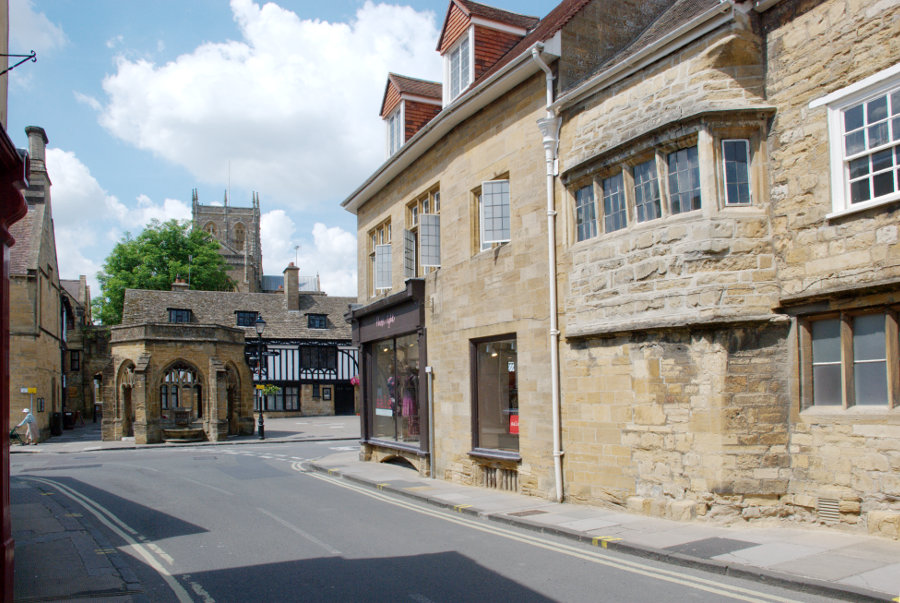 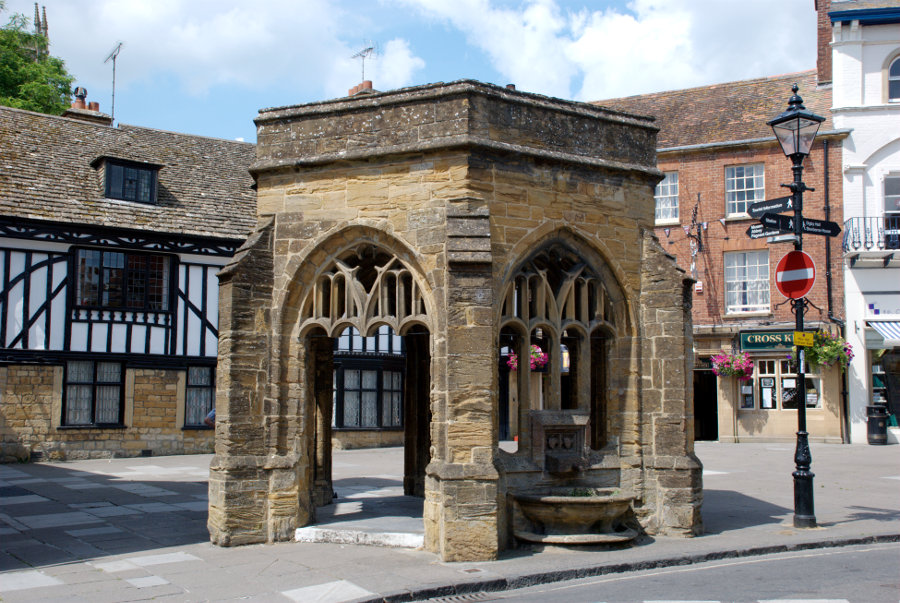 This little structure, I discover, is called the Conduit; a 16th century building once used as a washing area by the monks of Sherborne Abbey and after the dissolution of the monastry in 1539 was moved to its present position at the lower end of Cheap Street.

I walked past the Conduit under the 15th century Bow Arch 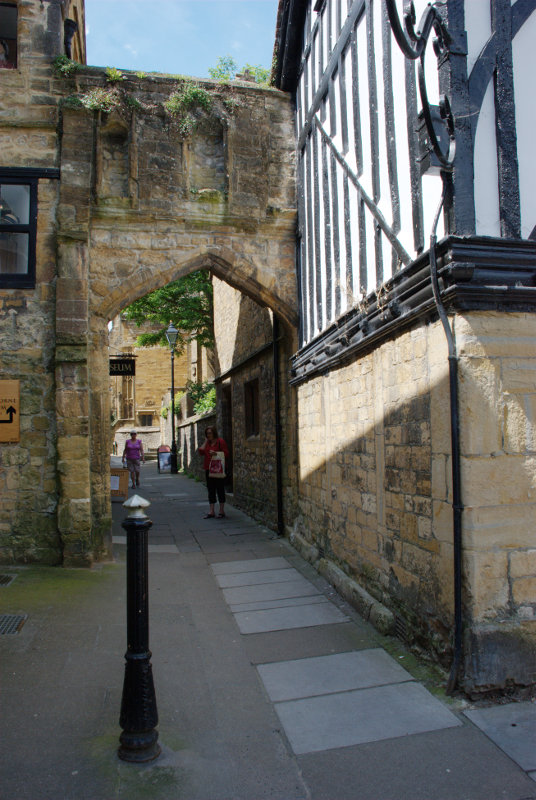 and soon arrived at the abbey church. Now that is a church and a half! 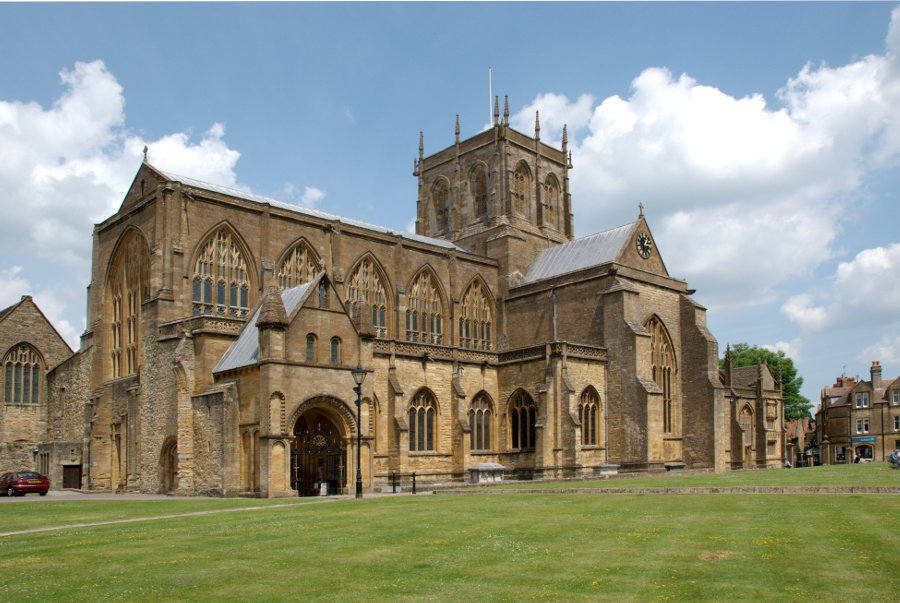 Next to the abbey is the St. John Almshouse built in 1437 and its Foundation Deed provided for 'Twelve pore feeble and ympotent old men and four old women' the inhabitants to be cared for by a housewife whose duty was to 'feeche in and dyght to the victaill wash wrying make beddys and al other things do'. Got that? 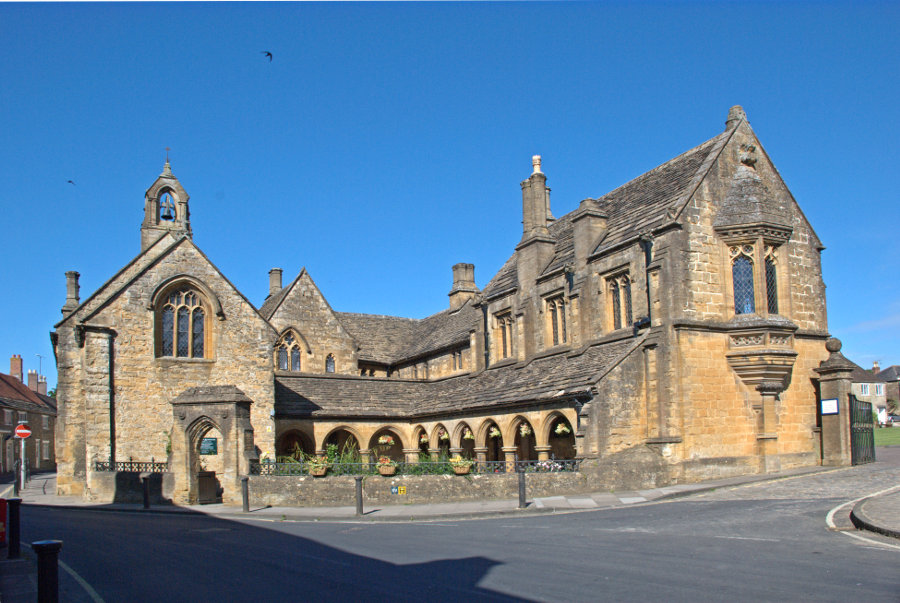 The Almshouse is open to the public between 2 PM and 4 PM but not on Wednesdays (today) so I couldn't go in but I can go in the abbey. 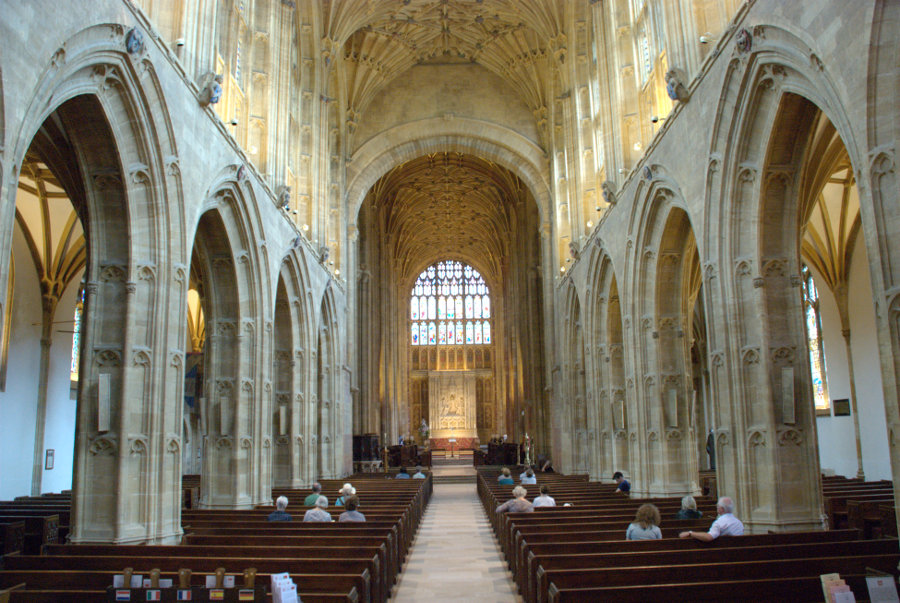 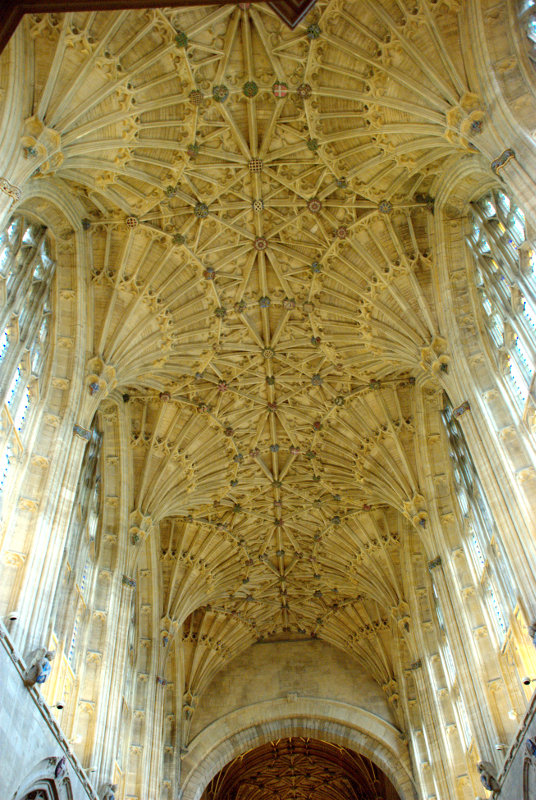 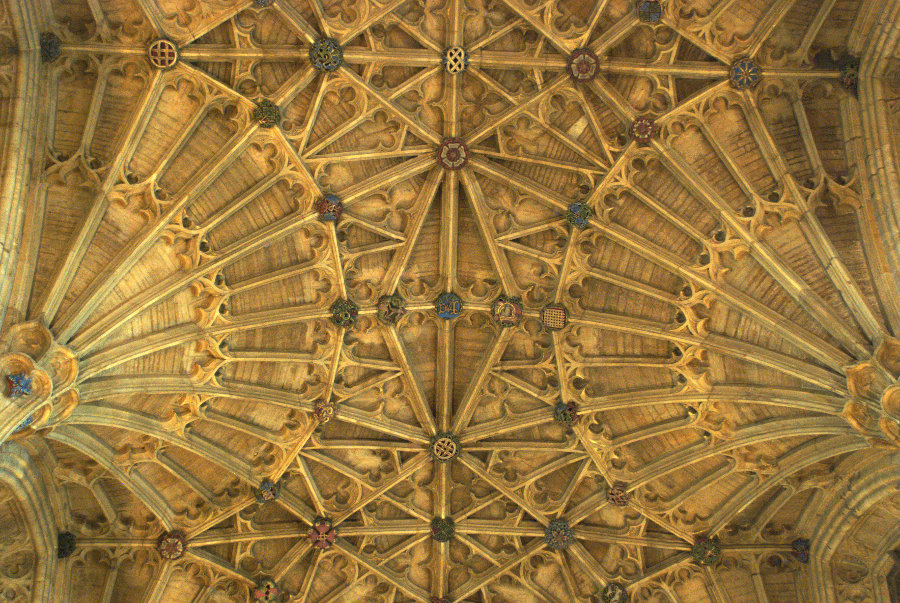 Now that's what I call a nave ceiling. What a lovely bit of fan vaulting.

There are numerous tombs and monuments and there are two Saxon kings buried here. I also saw this broken tomb in the floor complete with bones but I don't know who it was. There is a sheet of glass across the top so there are some reflections. 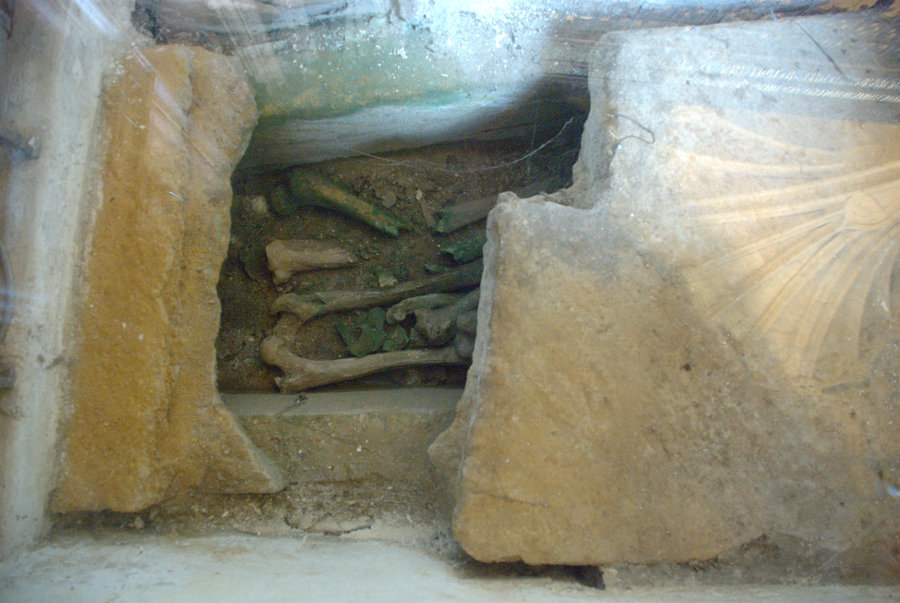 I left the abbey and walked up Cheap Street and saw this obvoiusly ancient building. 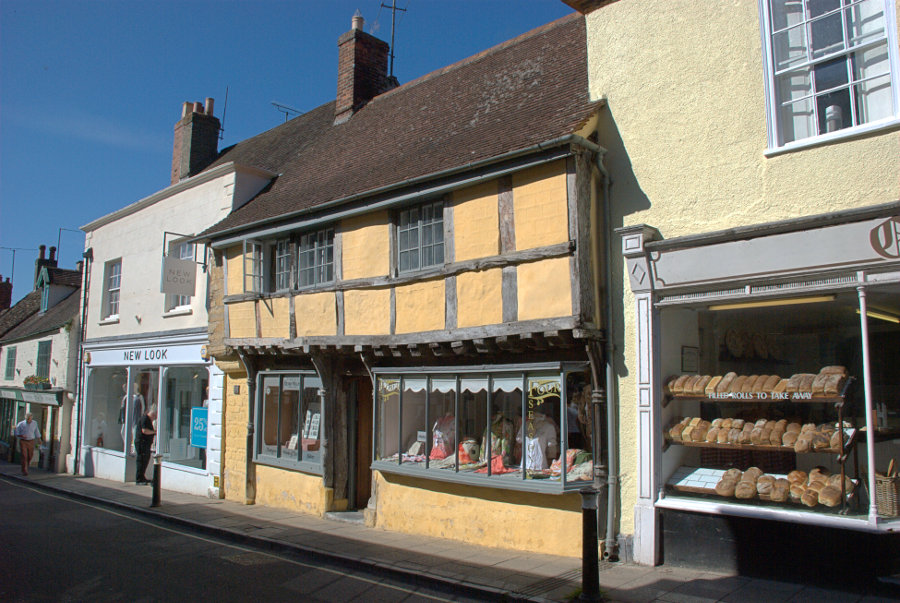 I dicovered that, in 1994, the 19th century facade was removed to expose and conserve the original 15th century structure. This shop has been used as both a candle makers and a shoemakers.

At the top of Cheap Street I found Greenhill with its high pavements. It reminded me a little of Old Hastings. 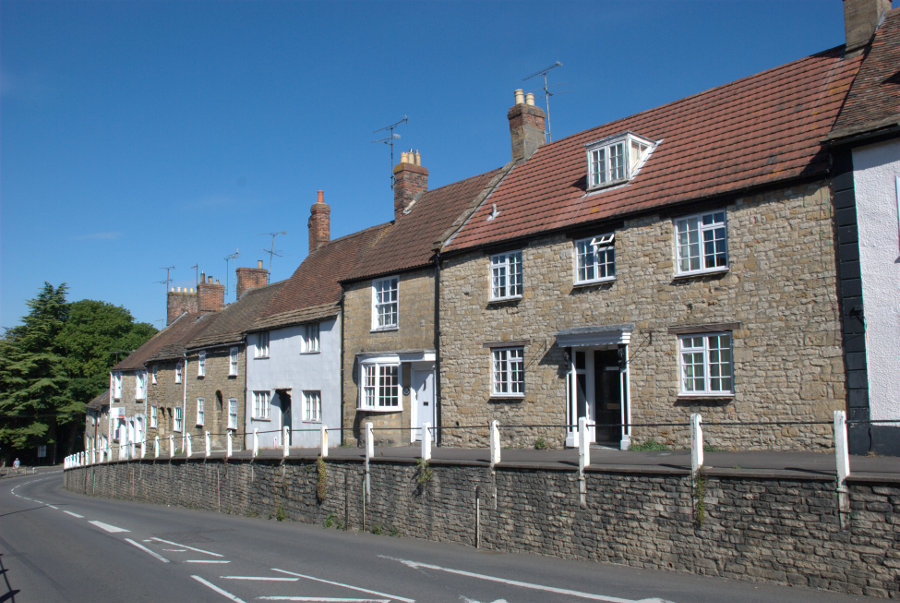 In The Green itself was this rather nice thatched house and further down is the stone-built Hospice of St. Julian next to the timber-framed building. 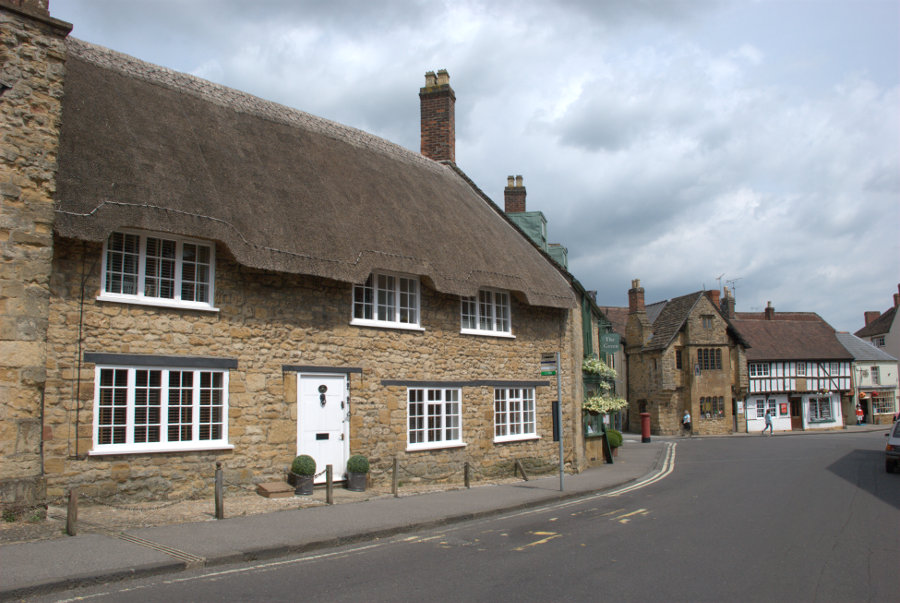 There are two castles in Sherborne – Sherborne Old Castle, which is medieval, and the new Sherborne Castle built by Sir Walter Raleigh in 1594. I shall not have time to see both so I'm going to look at the medieval ruins of the old castle. 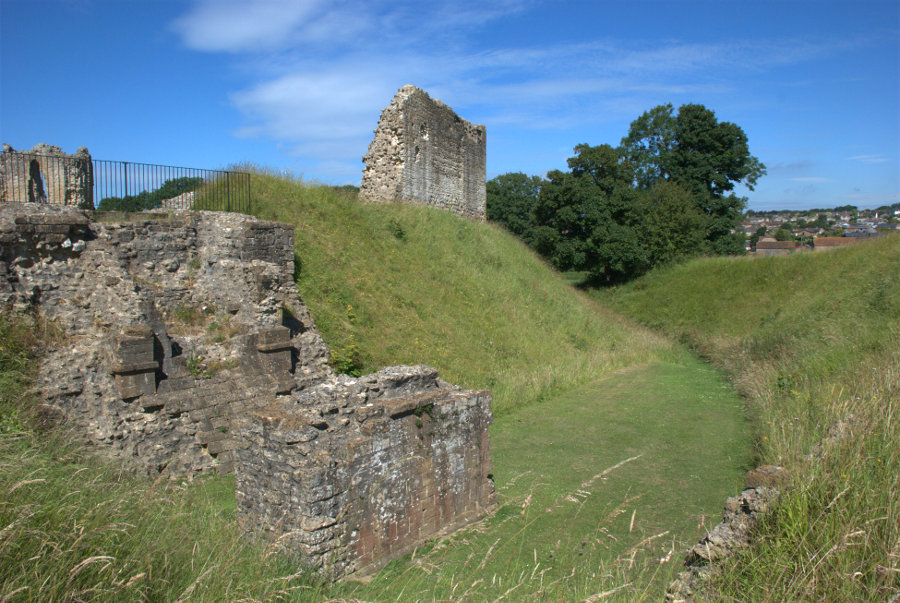 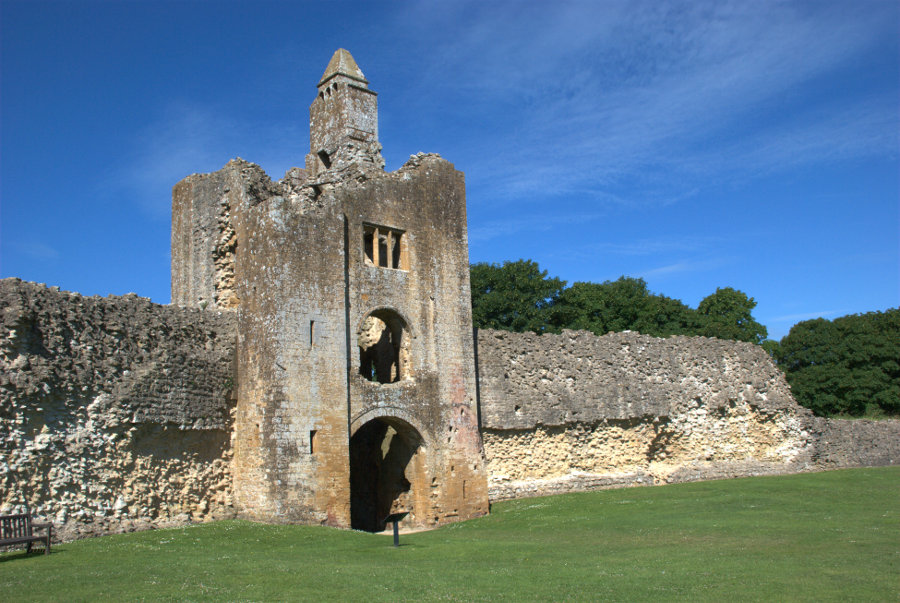 That was the end of my final day. Whew! What a lot of walking.

Tomorrow I go to the station to catch my train to London and thence to home. It turned out to be straight forward, no more cancelled trains, and Amanda met me at our local station. We both arrived home around 4:00 PM.

There will, of course, be more pictures and detail on the main web site in due course.