Breakfast is fairly late here, at eight o'clock, so I first wandered out into the town towards the church. It was very quiet as I passed through the back streets and emerged near the church. 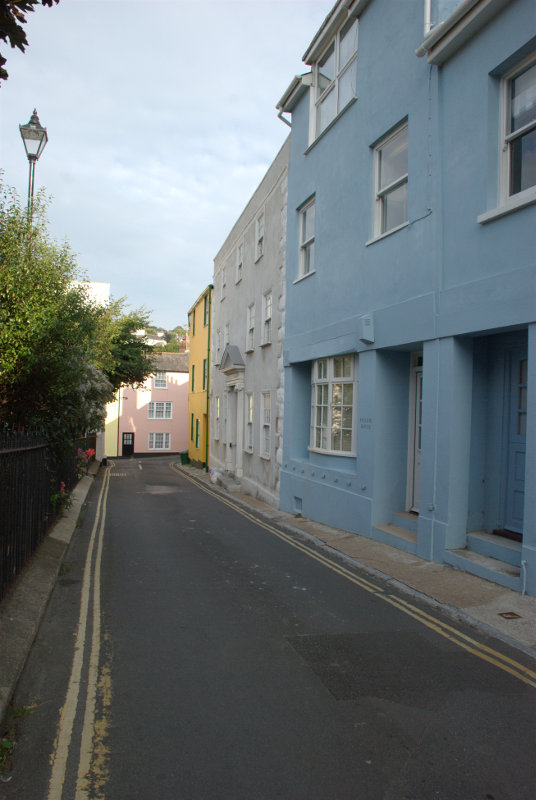 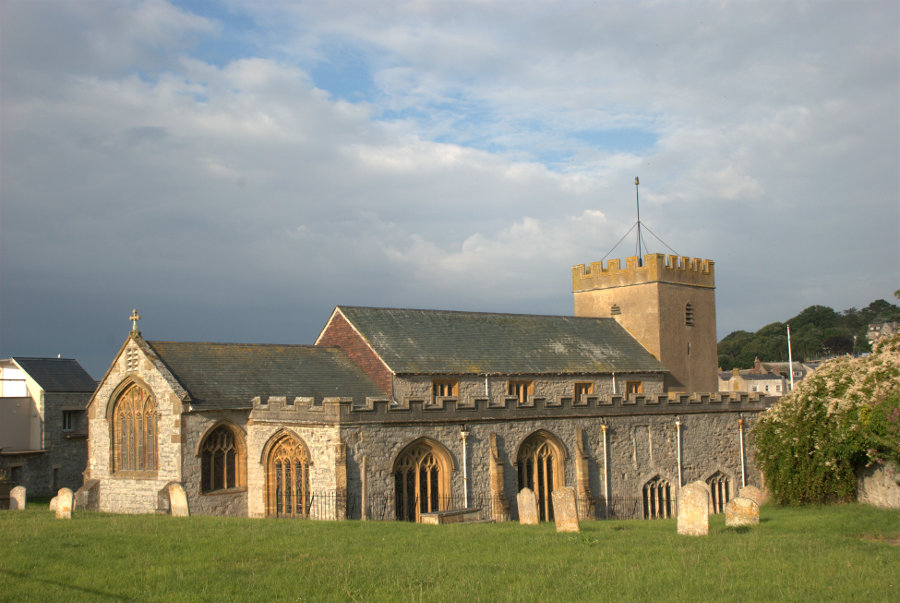 The church is quite old with parts dating back to Saxon times. The interesting part is in the churchyard on the seaward edge. 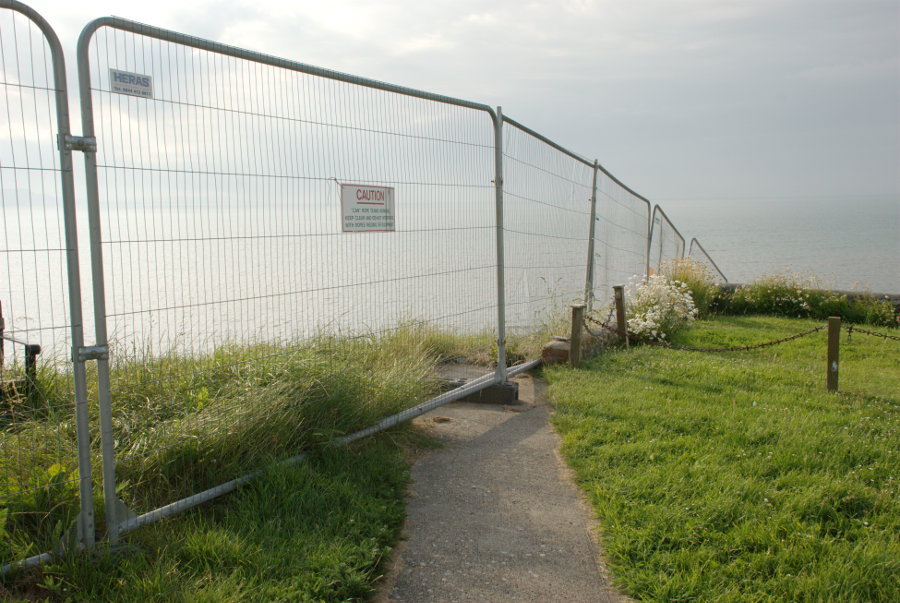 That wire fence is to stop people from dropping off the edge of the cliff and you can see that the path shown goes nowhere. This church, when it was built, was a long way from the cliff now it can't be more than 50 feet. It is hoped that the new sea defences below will stop the erosion.

Back for breakfast then onward.

I'm going to hop on the same bus again this morning but I'll be going through Chideock to Burton Bradstock this time which is about a 60 minute journey.

I get off the bus just the other side of Burton Bradstock and walk down Beach Road. High tide was about an hour ago so the tide is going out and it's safe for me to walk along the beach as far as West Bay. I say 'safe' because there are high cliffs on my right all the way. 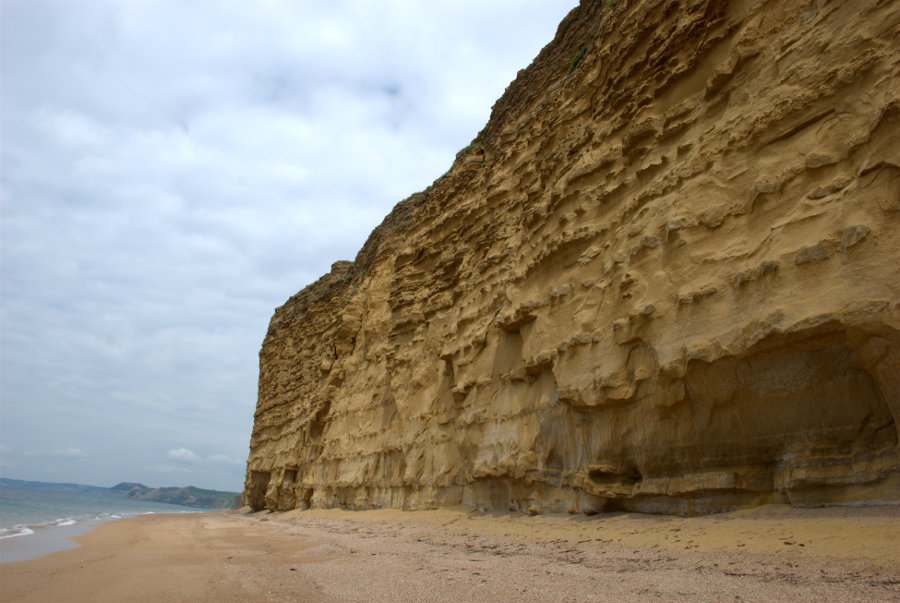 The cliffs, as you can see, are made up of alternating bands of hard and soft rock giving them a striped appearance. The rocks are Inferior Oolite and Fullers Earth from the Middle Jurassic.

As I walked along the beach I could hear a sound which might be described as a cross between a crack and a knock. This sound occurred regularly at intervals all the way to West Bay and was definitely coming from the cliffs. It sounded rather ominous but there were no rock falls whilst I was there. I can only assume that it was the hard bands expanding and contracting with changes in temperature.

These cliffs are dangerous and rock falls are not uncommon. This shows a recent fall and that crack in the cliff above doesn't look particularly safe. Staying away from the cliff, as I am, is the safest thing to do and needs to be done when the tide is going out so that more of the beach is exposed. 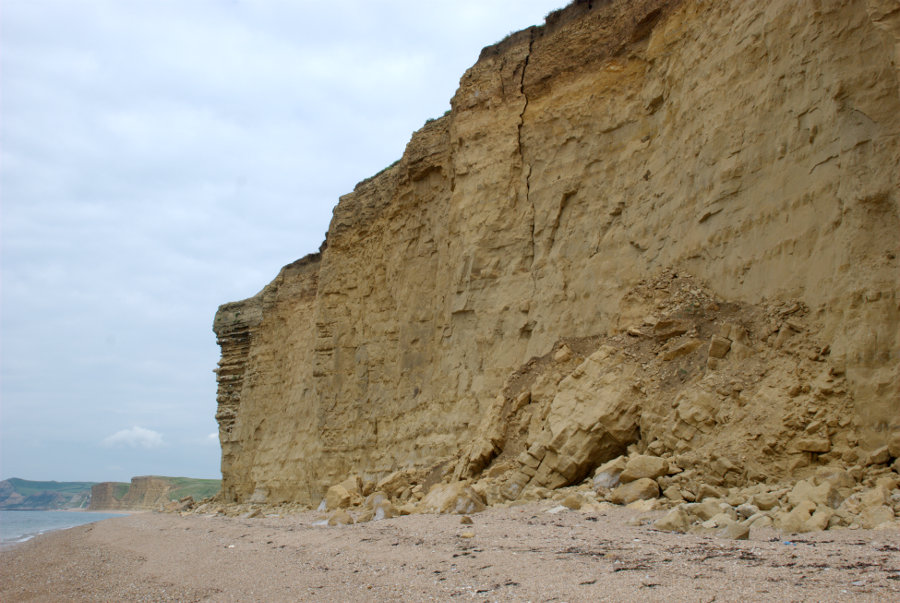 The hard rock bands are certainly fossiliferous as this picture of one of the fallen slabs shows. There are many molluscs and belemnites. 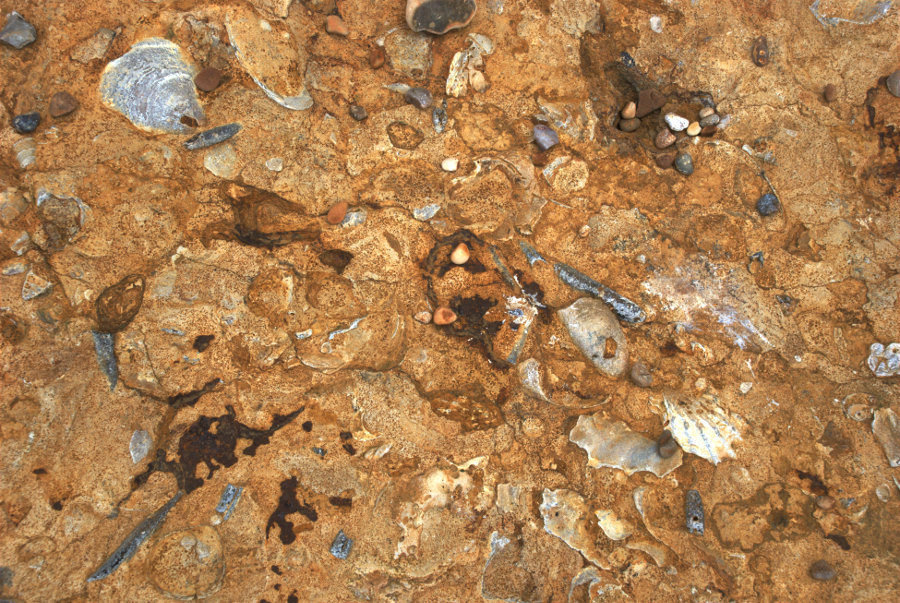 I continued along the beach towards West Bay until I reached the River Bride. That means I either paddle or go inland a little way to use the bridge. 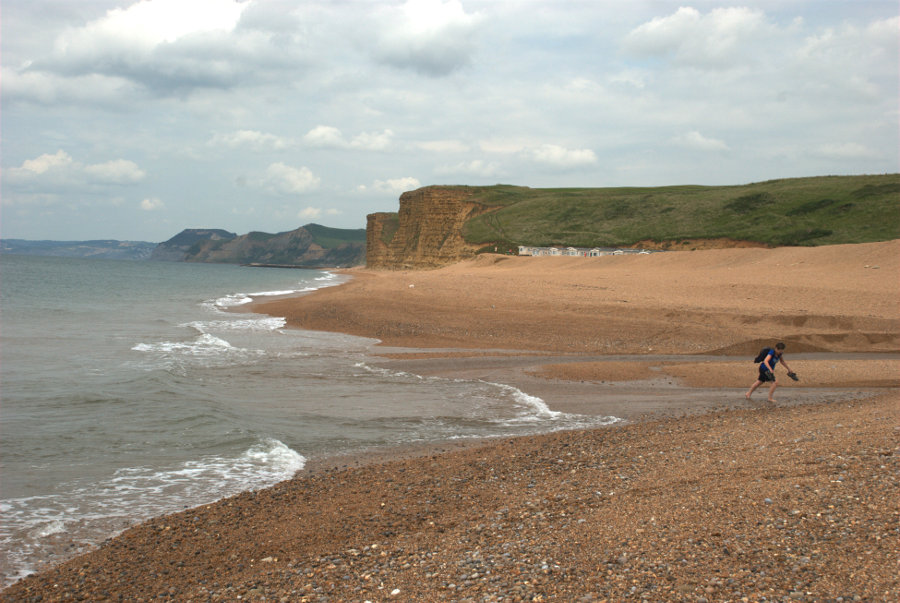 I decided to do as the person in the picture did. The water at its deepest didn't reach my ankles nor was it particularly cold and to prove that I did get to the other side: 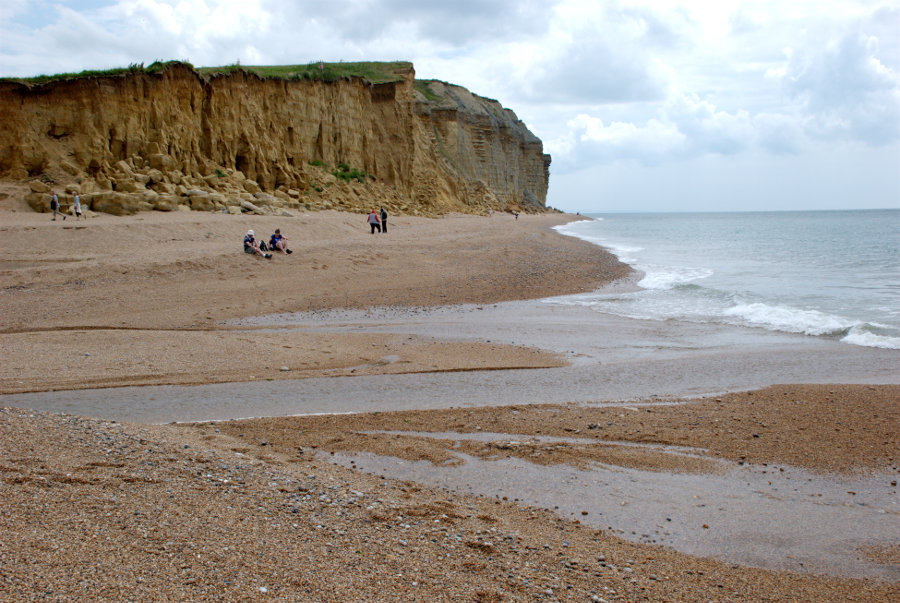 There are other people on the far side, who were behind me, preparing to do the same.

I finally reach West Bay which is the seaside part of Bridport. 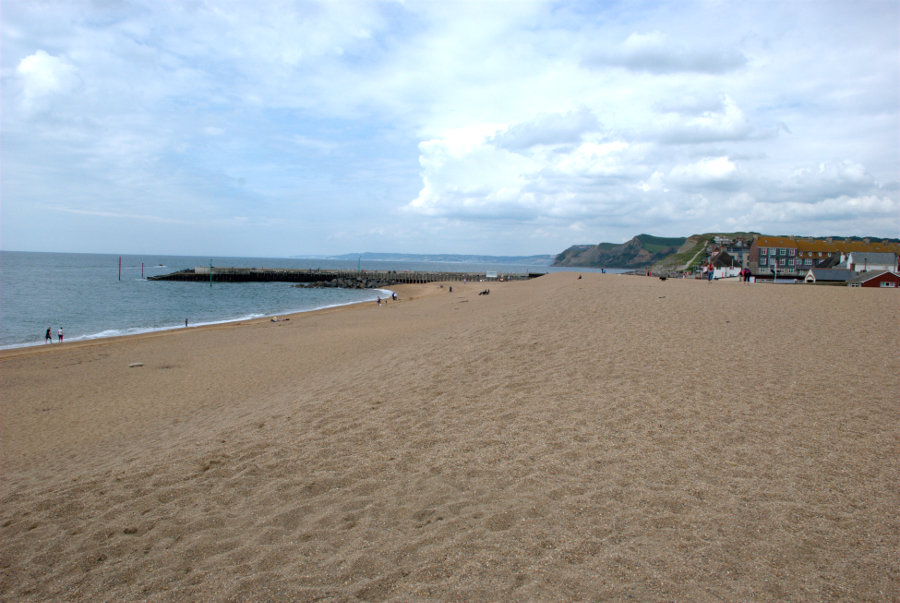 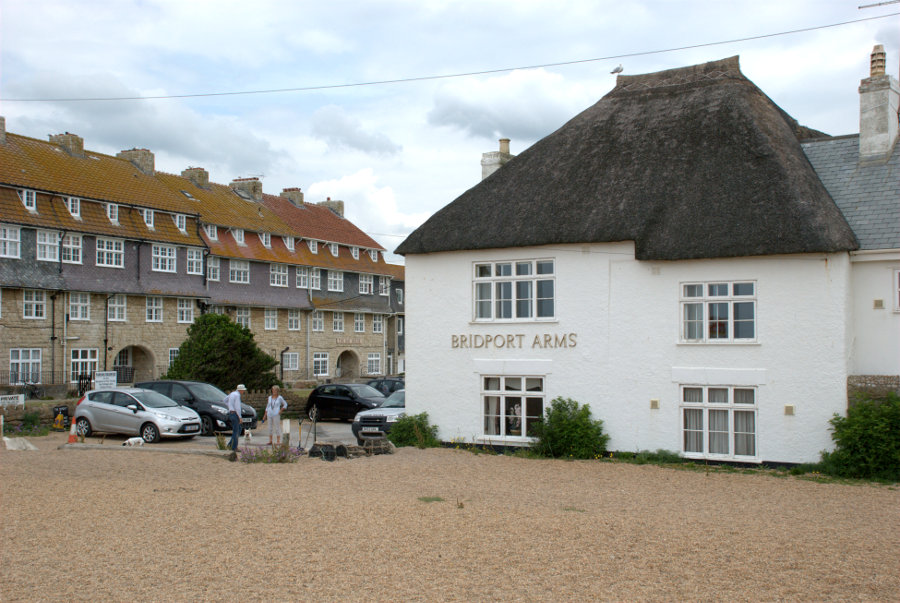 The Bridport Arms used to be the Ship Inn and dates from the late 17th century and is partly thatched. The town of Bridport is a bit of a long walk from here so I decided to catch the bus which set me down in the town centre. The main roads in Bridport, West Street, East Street and South Street form a 'T' with South Street being the leg of the 'T'. This is from the top end of South Street looking south. 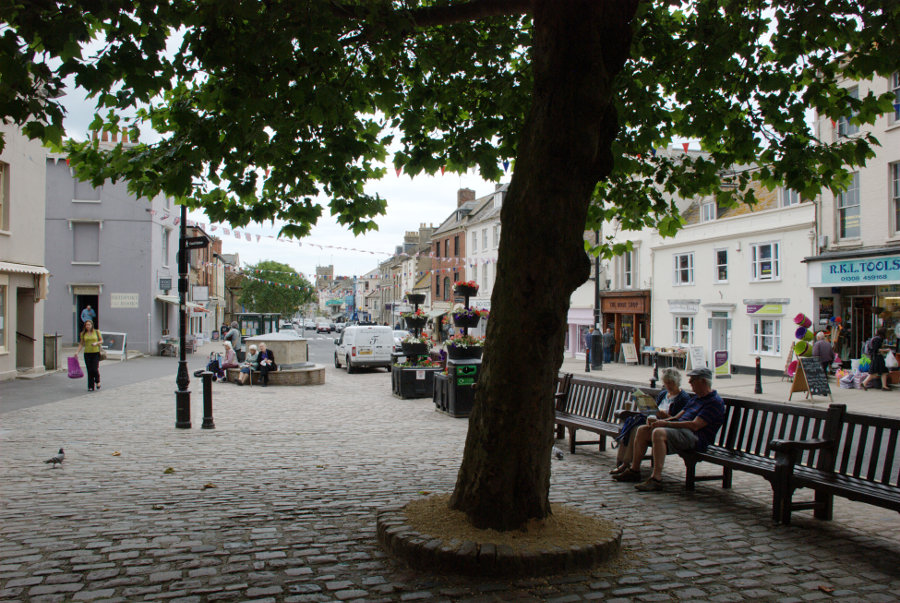 A short way down South Street is the town museum housed in this Tudor building. 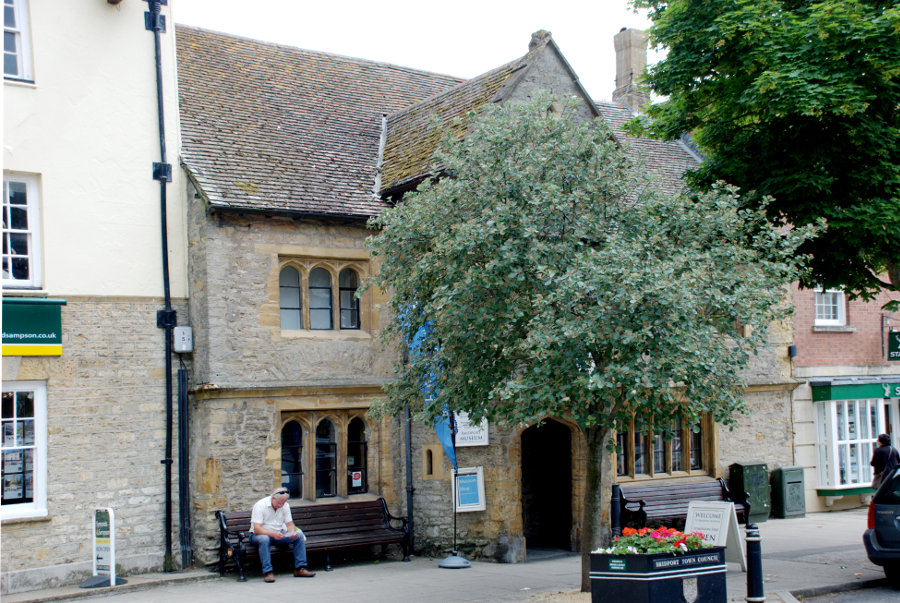 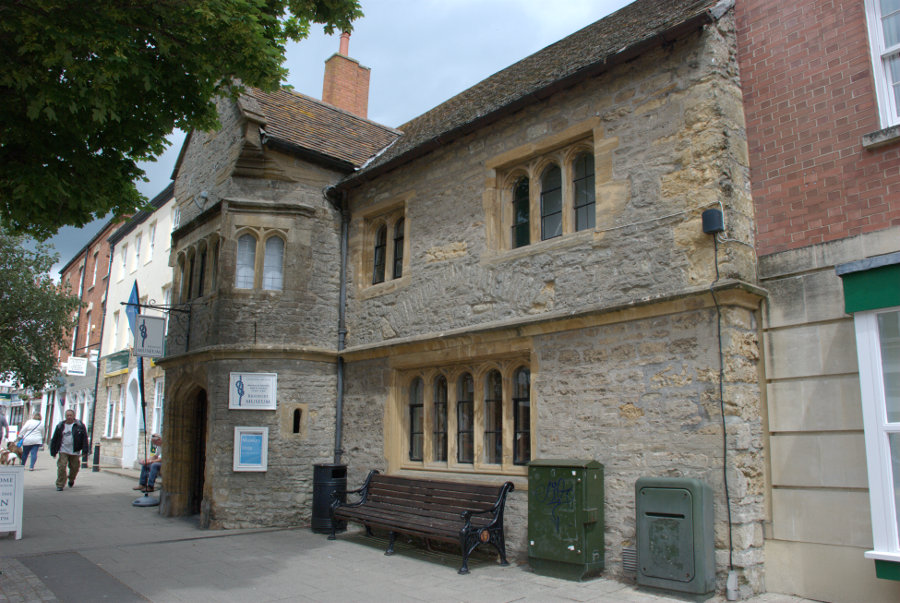 Further down South Street is the parish church of St. Mary dating from the 13th century. 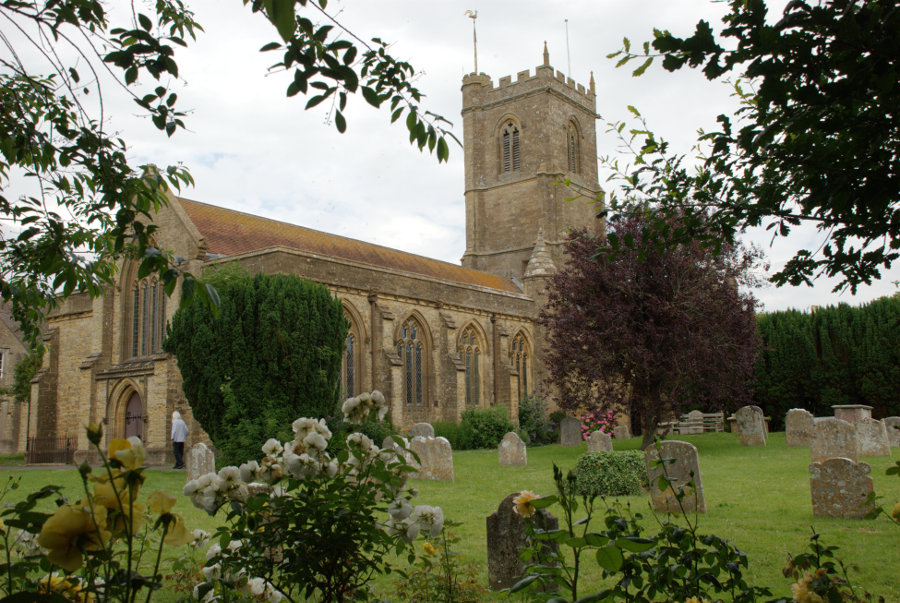 In the lower part of South Street is the Chantry; the oldest building in Bridport dating from before 1300. 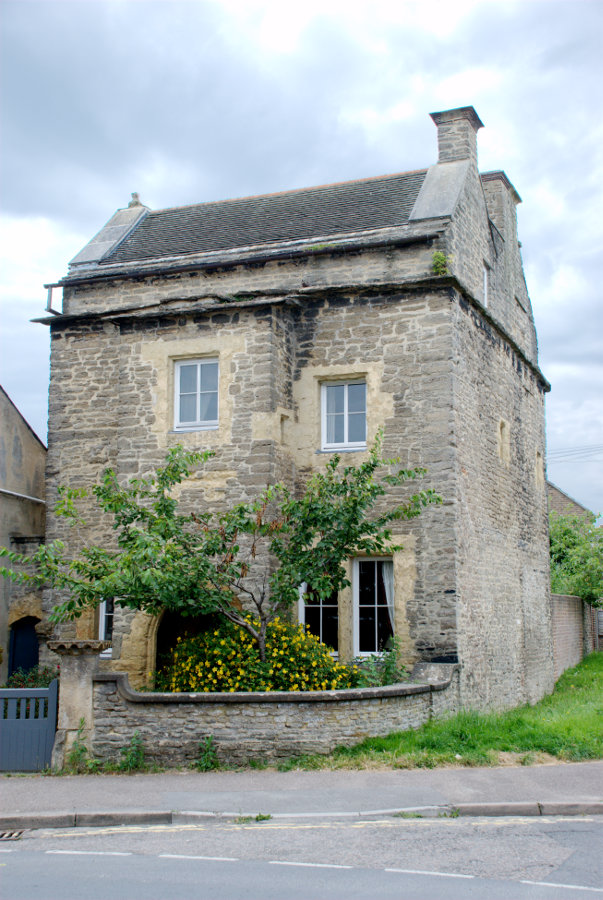 Further on by the River Brit is Palmer's Brewery dating from 1794 and the water wheel, forged in 1879 at a Bridport foundry, does still turn. 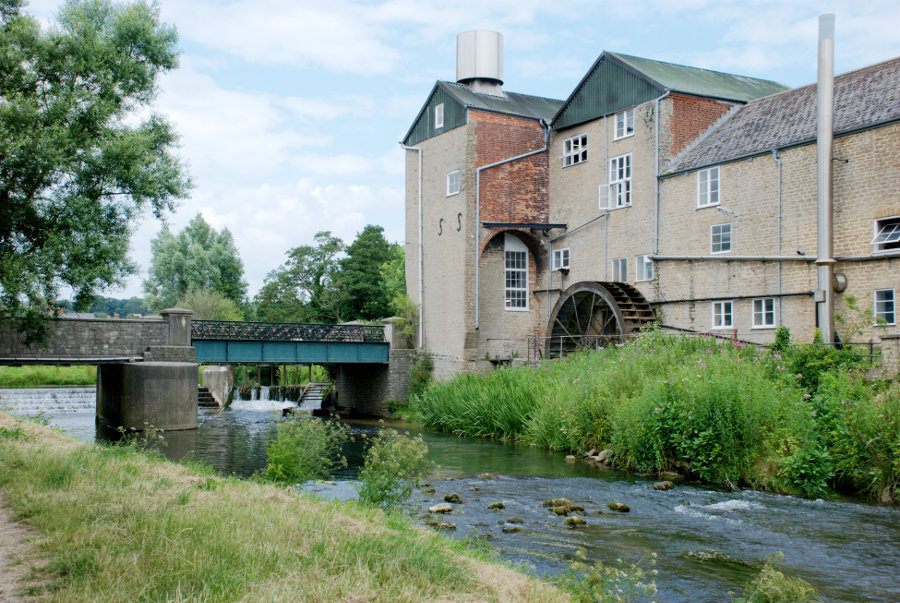 From Easter to the end of October a guided tour starts at 11.00 am on every weekday (excluding Bank Holidays) and lasts for about two hours. No I didn't.

I made my way back up South Street to West Street where, after a tiring day, I caught the bus to Lyme Regis. Tomorrow I leave Lyme Regis.

(Tomorrow, Wednesday: I leave for home – or do I?)