Late last year I mentioned Brunel’s tunnel under the Thames in our Return from Rotherhithe trip but I wasn’t able to show you the actual tunnel. We can now rectify that omission. Isambard Brunel was nearly drowned whilst building this tunnel and you can read the story  here should you be interested.

We travelled to London although not as far as Liverpool Street Station this time. We changed at Stratford onto the Piccadilly Line and travelled to Canada Water where we changed once more onto the Overground.

We then travelled one stop to Rotherhithe. This is the southern end of Brunel’s tunnel and it’s where we encountered the first tribulation.

I was hoping that, as this tunnel is of particular historical interest, the tunnel lights would be on most of the time but no, all was dark. The southern end of Brunel’s tunnel is some way from the station platform so I could see no sign of it. Bother!

Nothing for it but to get on the next train and proceed to the northern end, Wapping Station, to find out what we can see there. There appears to be a train every three minutes on this stretch of the Overground network so not long to wait.

We soon arrived at Wapping and were pleased to discover that we could see this end of Brunel’s tunnel. One thing I had noticed was that the platforms at both Rotherhithe and Wapping were very narrow – not more than six feet I should say. Just enough for two people to pass without going too near the edge.

There are two separate tunnels running parallel and this is the view from Wapping Station platform. 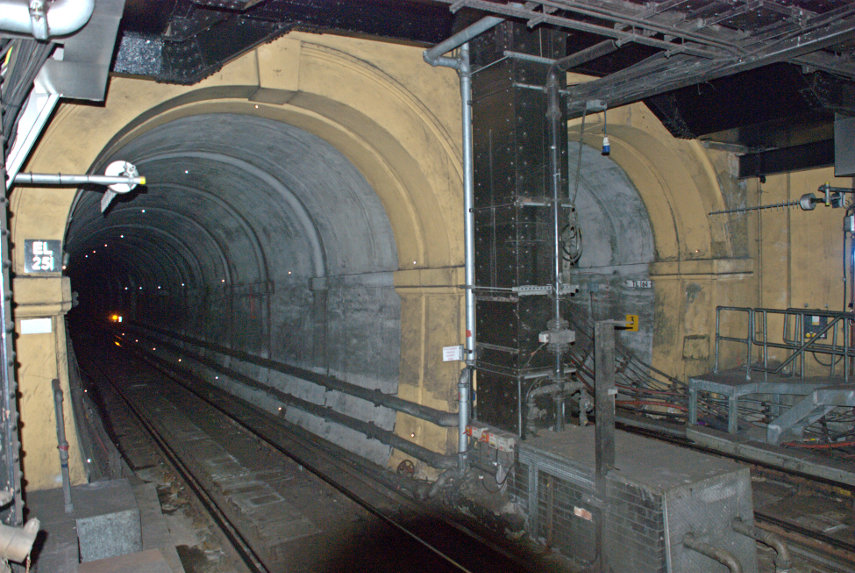 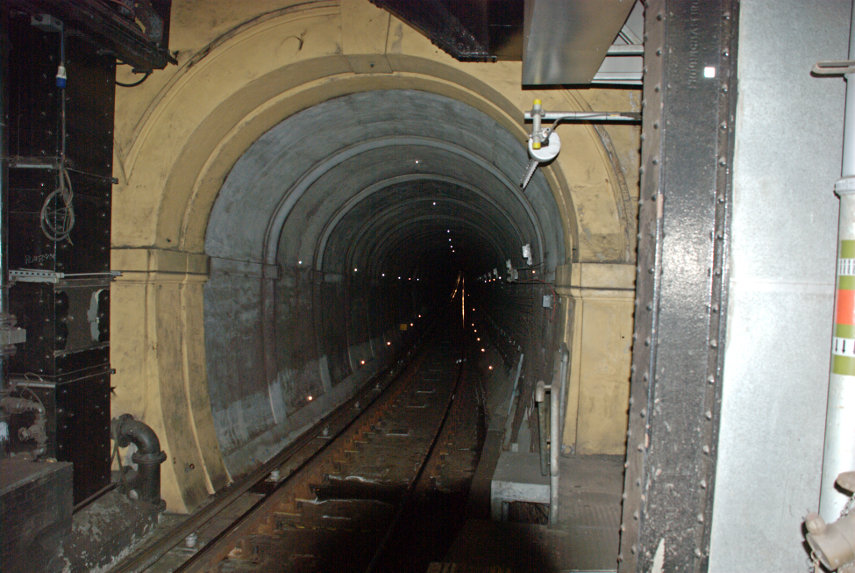 Time to move on so it’s back on the train northwards one stop to Shadwell to get the DLR to Tower Gateway which is where we find our next tribulation – it’s raining. There wasn’t any rain in the weather forecast. Oh gosh they can’t have got it wrong can they?

We wait a short time for it to stop and walk the short distance to Tower Hill Station on the District Line where we travel to Embankment. When we did our Strand-ed walk I photographed Watergate Walk but omitted to photograph the actual Watergate so here it is. 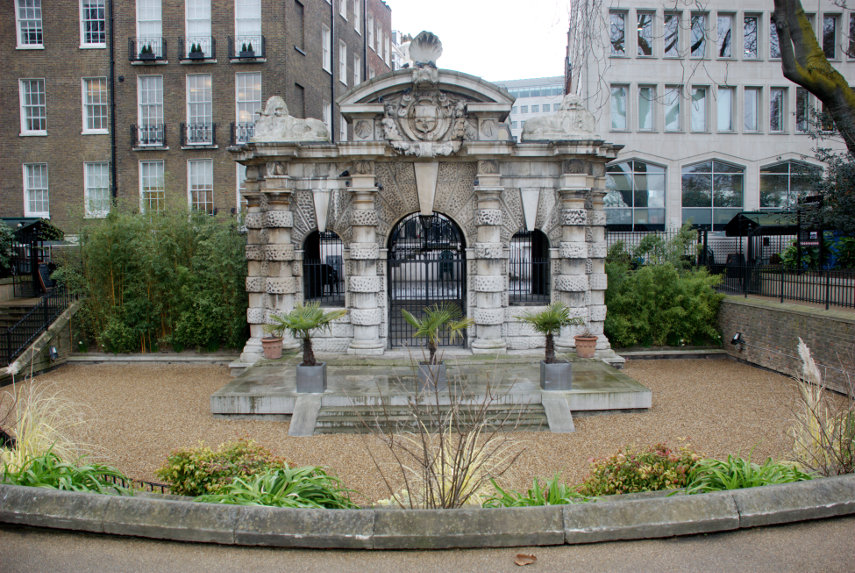 When it was built in 1626 it was on the shoreline of the River Thames with those steps going down into the water and was intended for visitors to the Duke of Buckingham’s house but then later the Embankment was built making the shoreline much further south.

Back on to the Underground we travel back east to Blackfriars. We were on our way to Blackfriars Lane and passed The Blackfriar pub which I have photographed before but I had the opportunity this time to include the whole building showing its shape rather well. 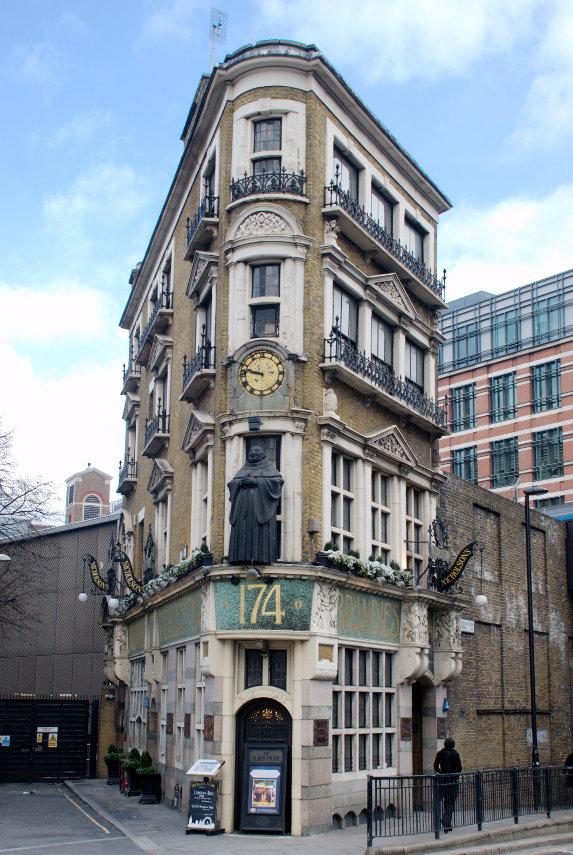 Very soon after that we were walking along the narrow Blackfriars Lane. 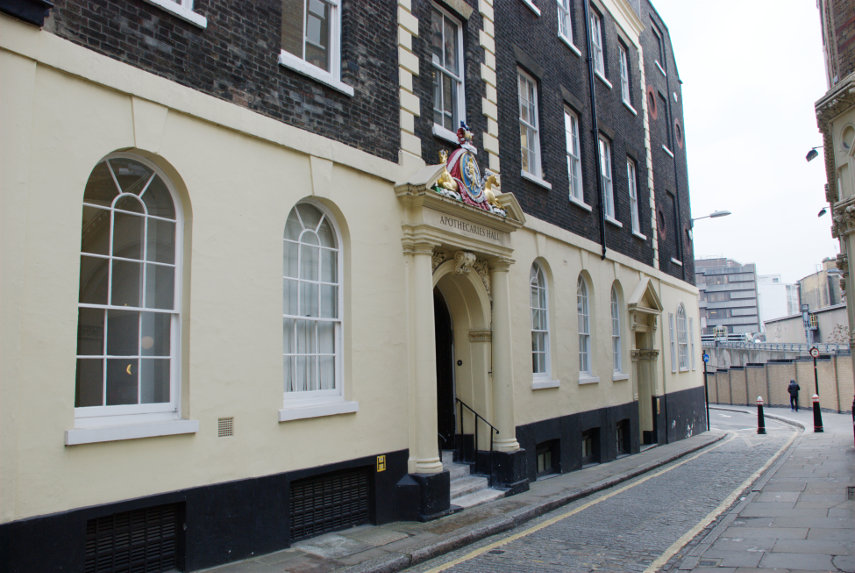 We continued along Blackfriars Lane until we reached Carter Lane which we turned into. It is interesting to note that this was, at one time, one of London’s main thoroughfares. 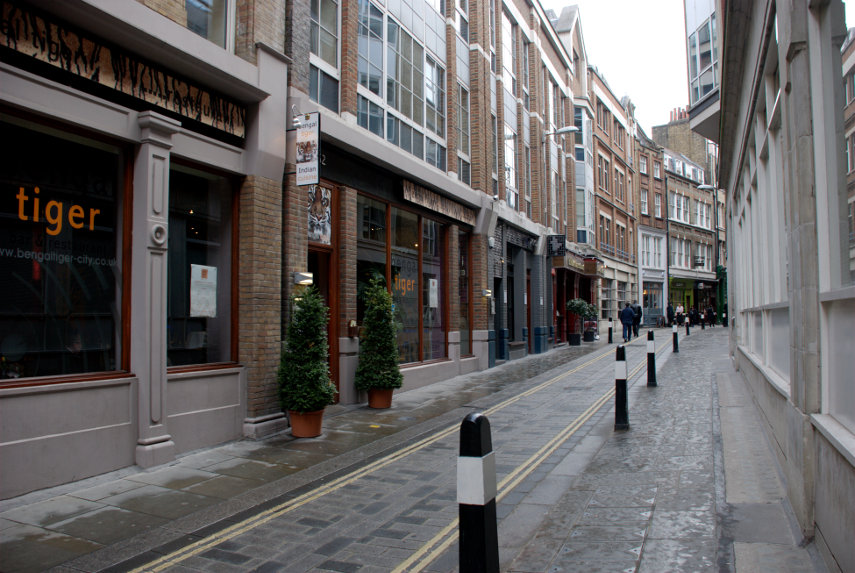 Part the way along Carter Lane we arrived at the junction with Burgon Street where there were a number of little narrow lanes round about. 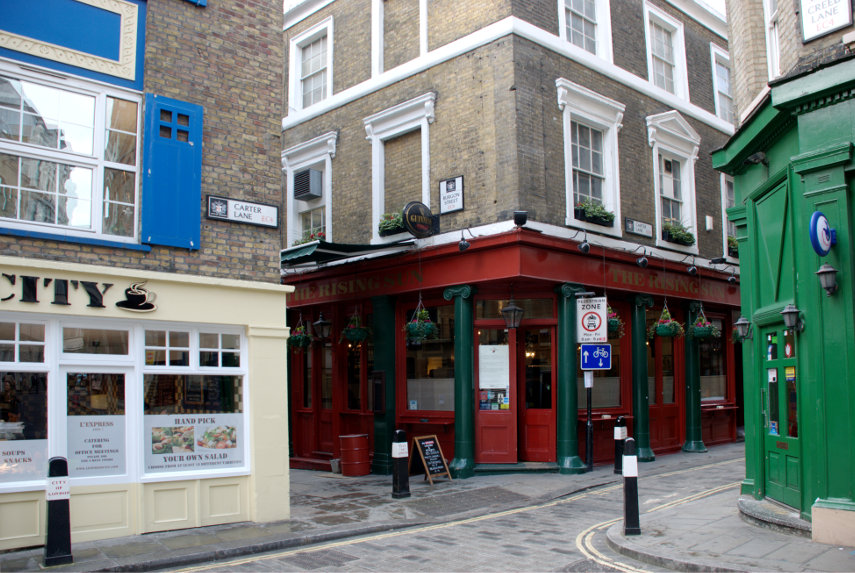 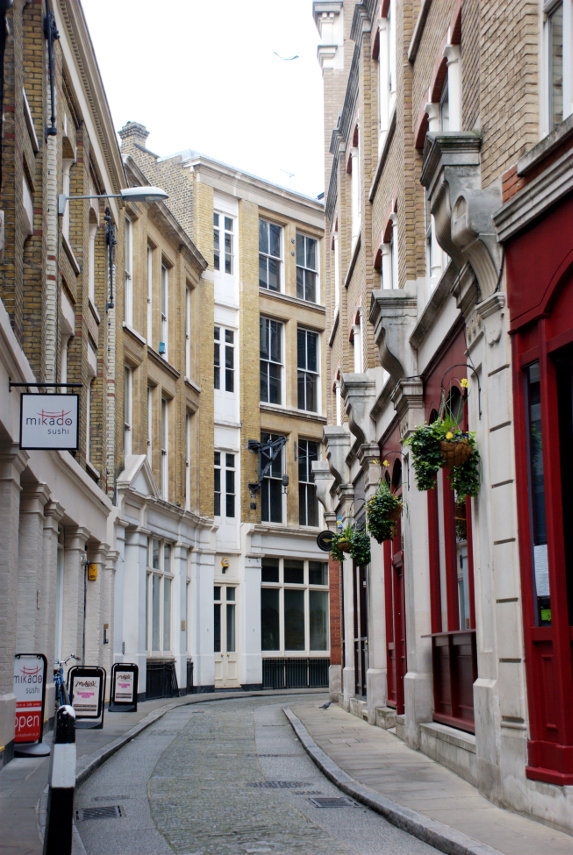 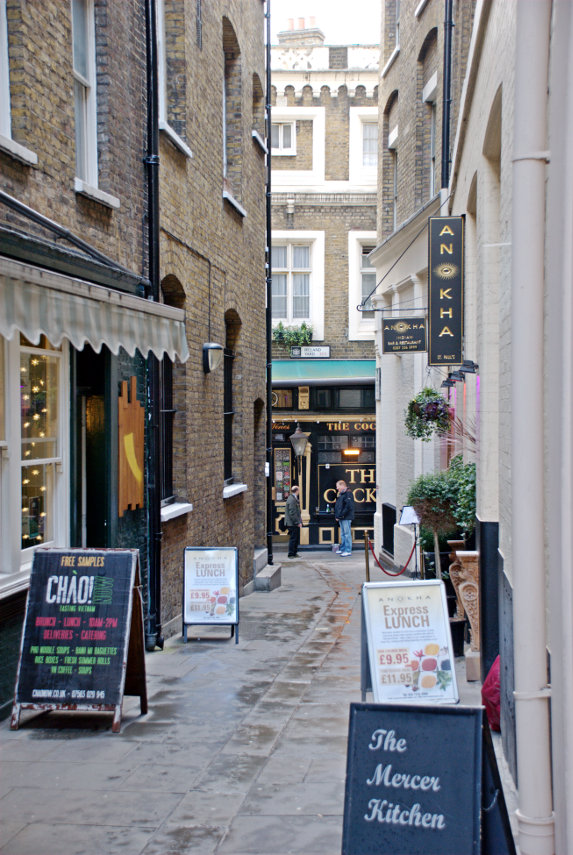 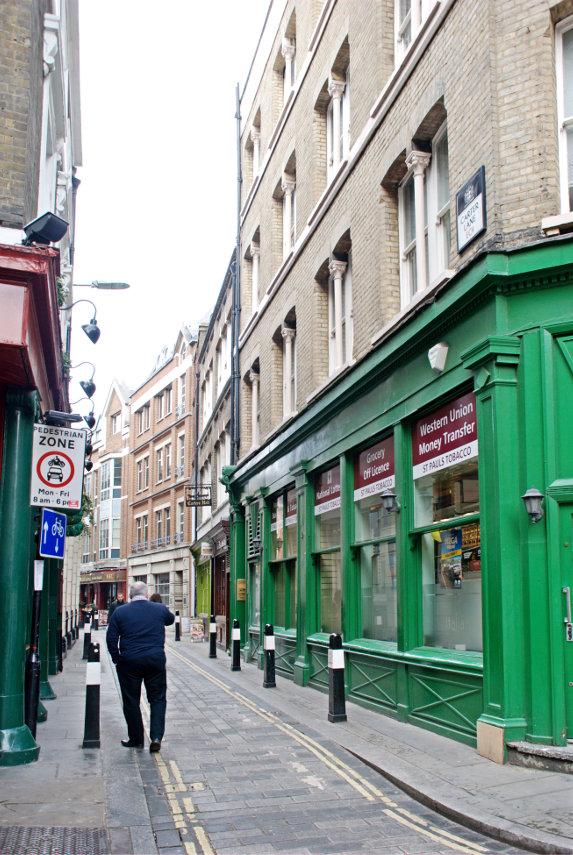 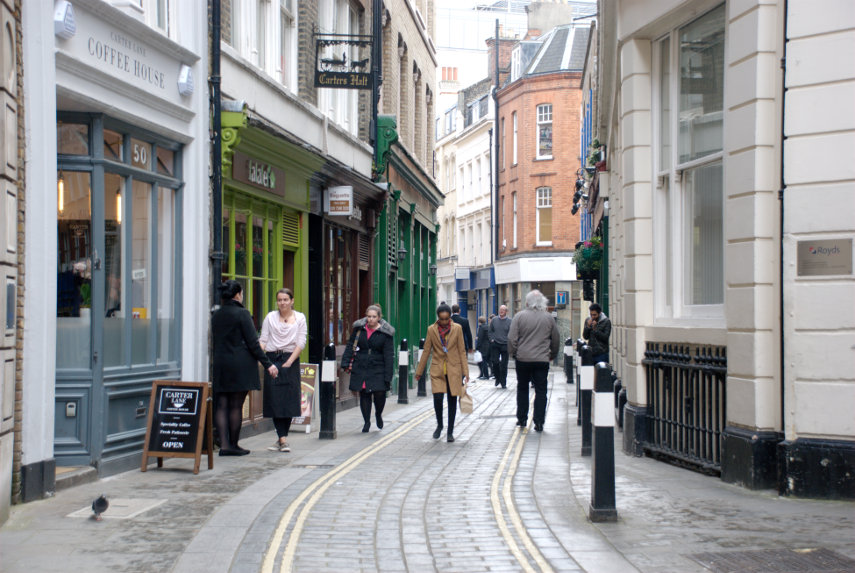 A little further along Carter Lane we spotted this YHA building (hostel) with interesting decoration on it and it turns out that the building was originally the St. Paul’s Choir School, built in 1874, hence the latin inscription and the ecclesiastical motifs on the facade. 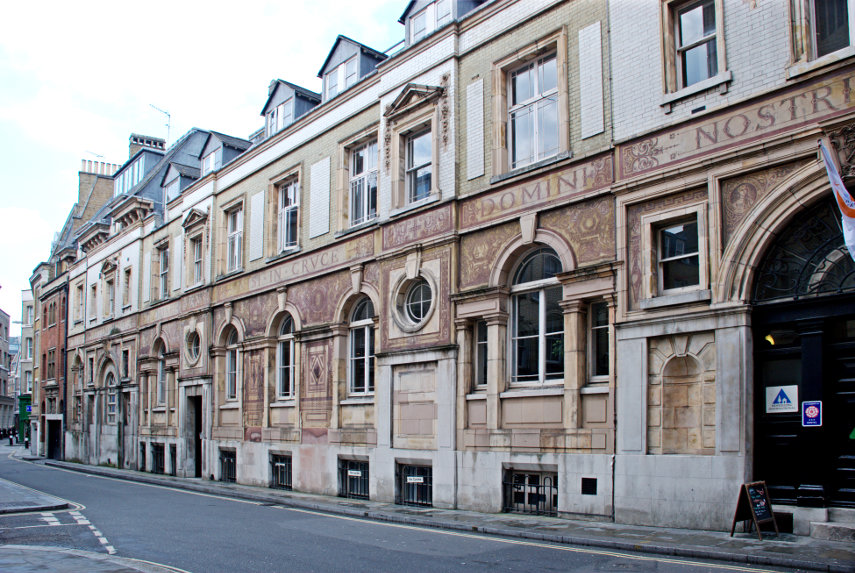 A short way on and we were opposite St. Paul’s Cathedral and as it was lunch time a visit to St. Paul’s Crypt Cafe was in order and that was where we hit our next tribulation – it was manic. The place seemed to be full of school parties so we turned round and left. The best thing to do seemed to be to go straight to the British Museum, our next port of call anyway, and get some lunch there and that is what we did.

Their Gallery Cafe was much more civilised. Afterwards we went up to the upper floor where we had plenty of time. 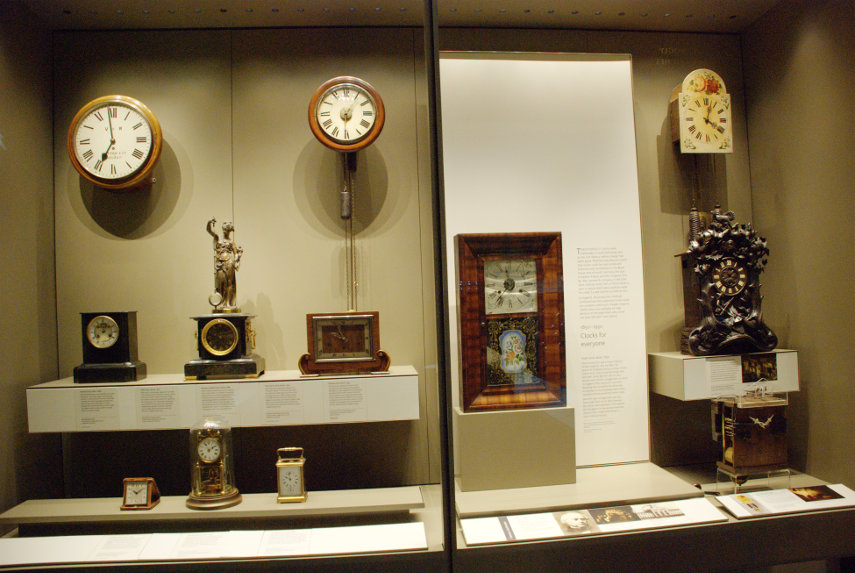 There was a variety of clocks and watches here from the very old to the relatively modern including this early wooden clock and it is all wood even the gear wheels. 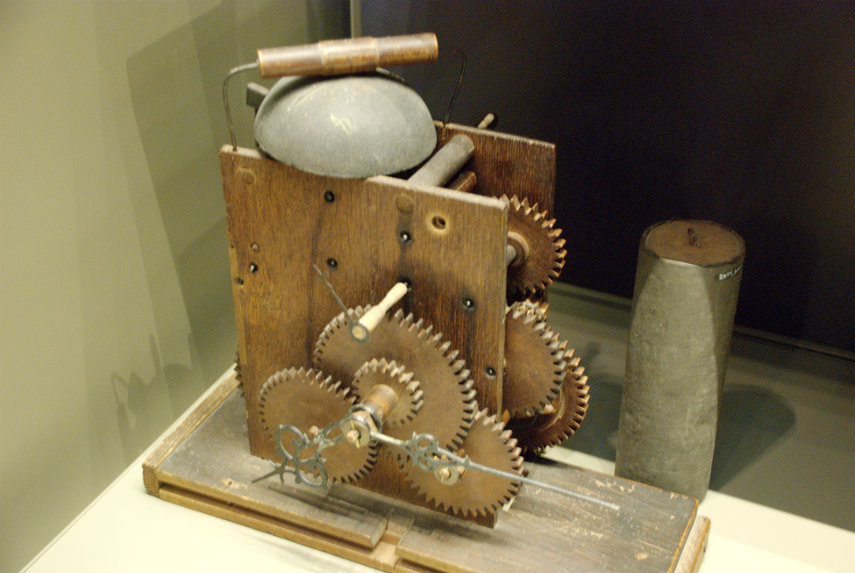 There was a rather fine watch dating from 1625 which shows the date, the age and phase of the moon, the seasons, month, day of the week, quarter hours, the time and alarm setting. Anything else you want to know? 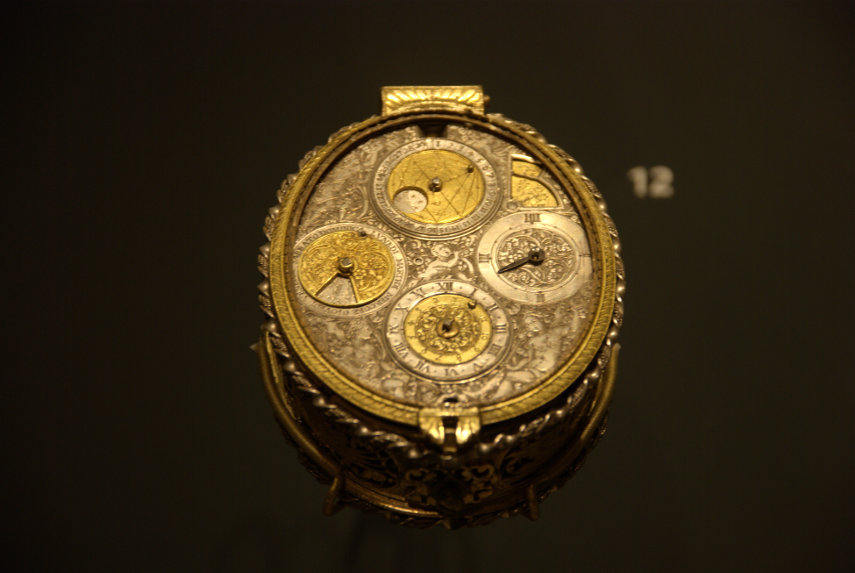 There was even a clock dating from the early 1500s. 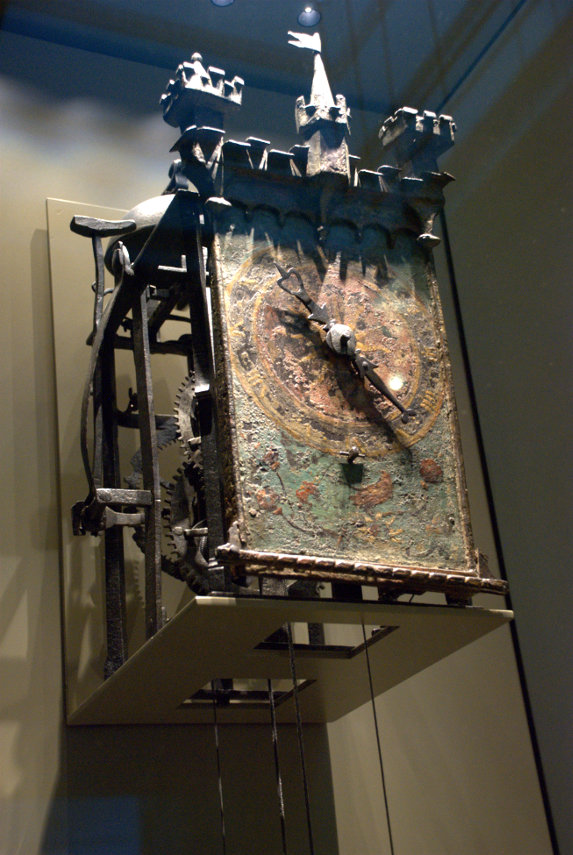 We moved on to the the dead body department (Egyptian Mummies) where we saw Gebelein Man dating from 3500 BC. He looks as though he could do with feeding up a bit. Just in case you are a little confused his legs are on the left and his arms on the right. 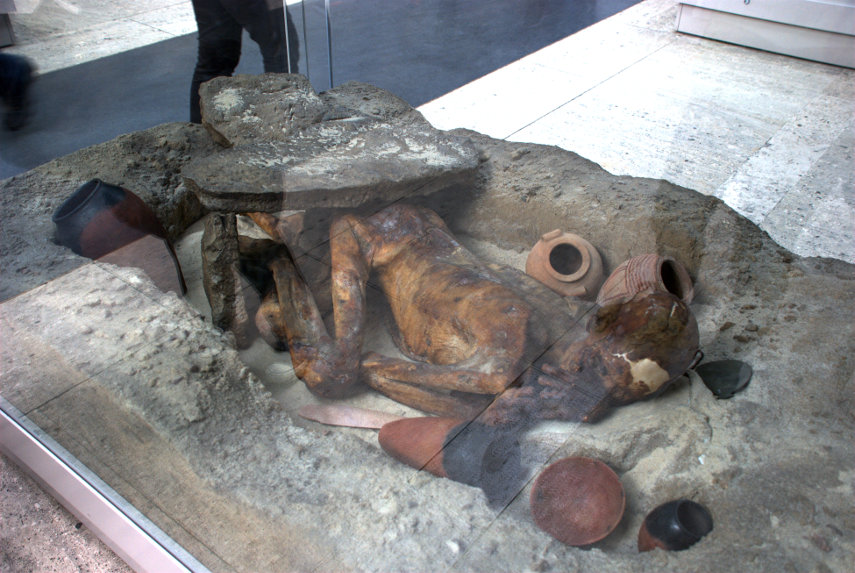 After looking at many Egyptian mummies we had had enough and headed for home but we went the long way. Walking from the British Museum to Holborn Station we continued walking along Holborn to just past Chancery Lane station and thence to Hatton Garden. We weren’t there for the jewellery but for this: 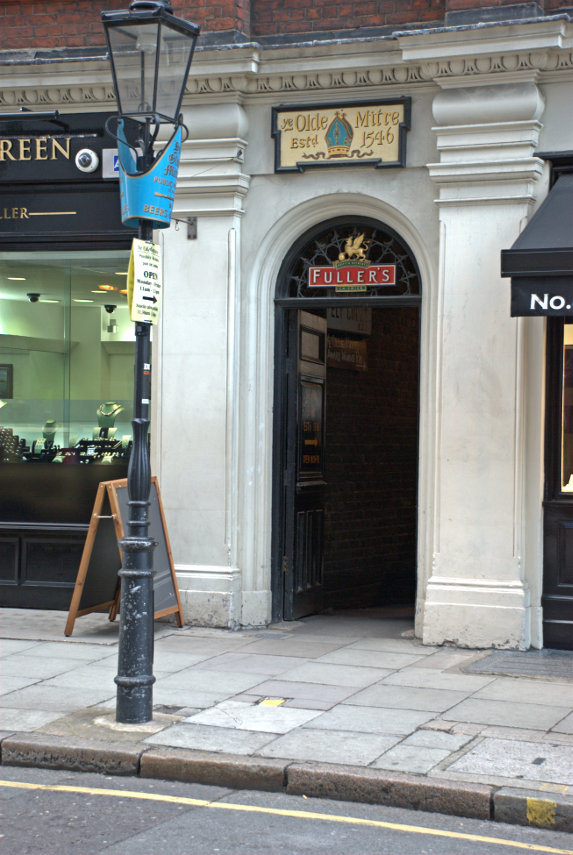 Easily bypassed as ‘just another doorway’ but a closer look produces this: 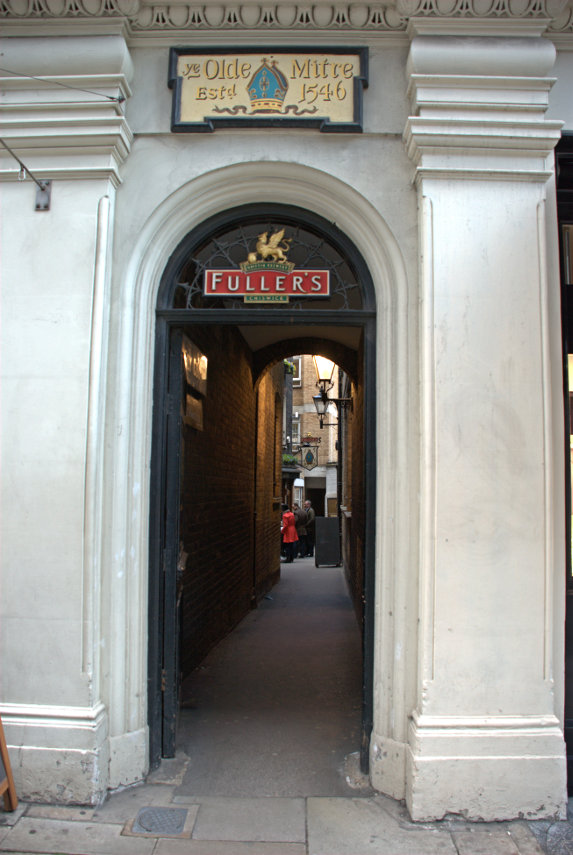 It’s one of those intriguing narrow alleyways. Walking a short way in we reach Ye Olde Mitre pub built in 1546 and extended in 1782. Henry VIII was married in St.Ethelredas near by and his daughter, Queen Elizabeth, is said to have danced around the cherry tree at the pub door with Sir Christopher Hatton. 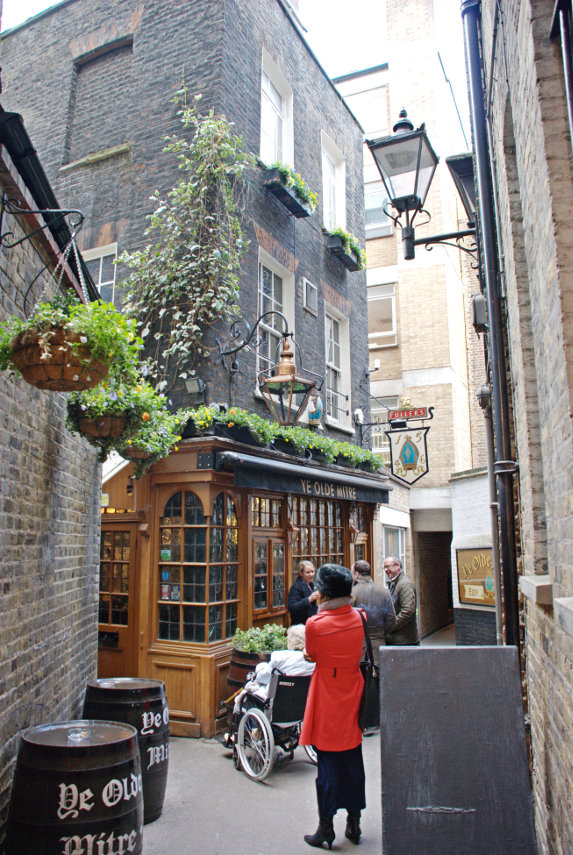 Well that’s it for today. A walk back to Chancery Lane Station and thence home. Do keep reading these posts as I’m sure one day an interesting one will come along when I’ve had enough practice.

2 thoughts on “Tunnels, tribulations and lots of time.”