This is the arch that we are about to march through. 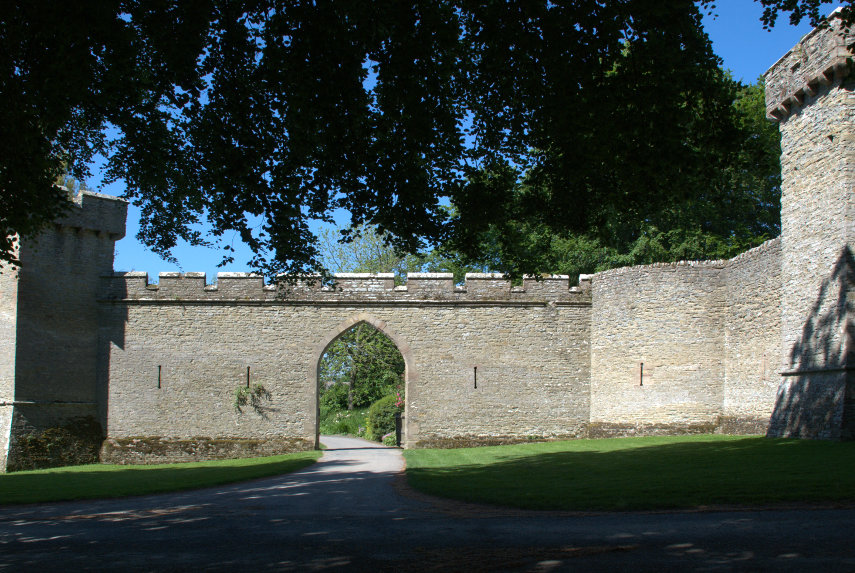 It was a lovely day and this is only a 40 minute drive from home so, having parked the car, here we are. We march through the arch and after a short while we turn and look back at the arch from the inside. 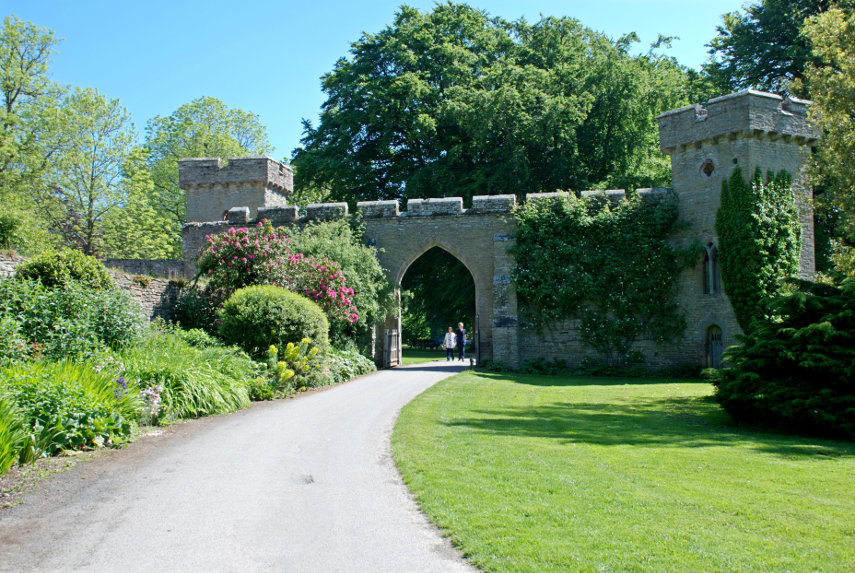 There's a nice flower border alongside the path and we can see that the arch is nothing more than a gateway in a wall between two towers. Admittedly the wall and towers have battlements; so is it a castle? Well, yes and no.

A little further along the path and we stop to admire this Laburnham tree and we notice some buildings ahead. 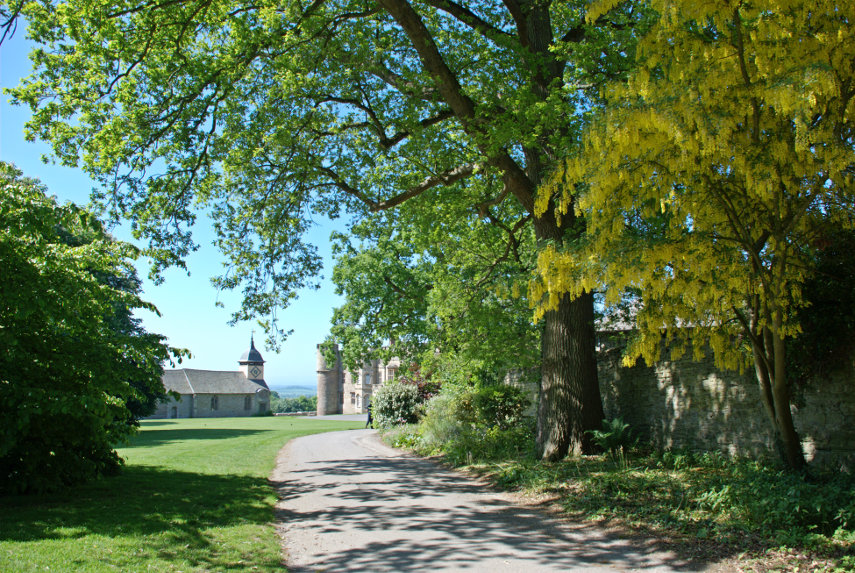 A little further along the path we round a bend and here we are. 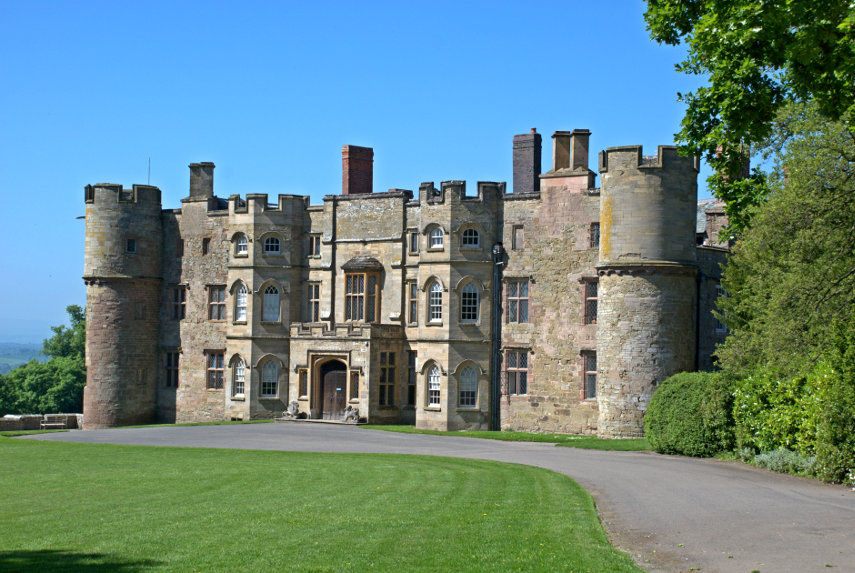 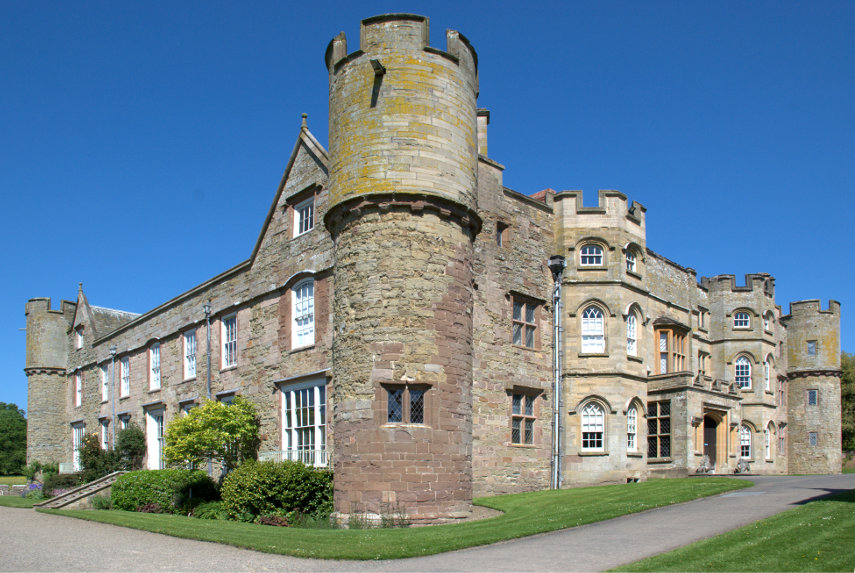 This is Croft Castle near the village of Yarpole in Herefordshire. It may have 'castle' in its name but it's no longer a castle but a country mansion in the style of a castle. A castle was built on this site by the Croft family in the 11th centuiry but it has been considerably altered since. The outside walls date from the 15th century and there are four round towers at each corner which, although castle-like, are too slender to act as defensive structures. It is now owned by the National Trust.

There are 1500 acres of parkland. That is quite a lot of land and we didn't have time to explore it but we can always go back.

Next to the house is the Chapel of St. Michael, dating from the 13th century, which contains the tomb of Richard Croft[6] and his wife Eleanor . 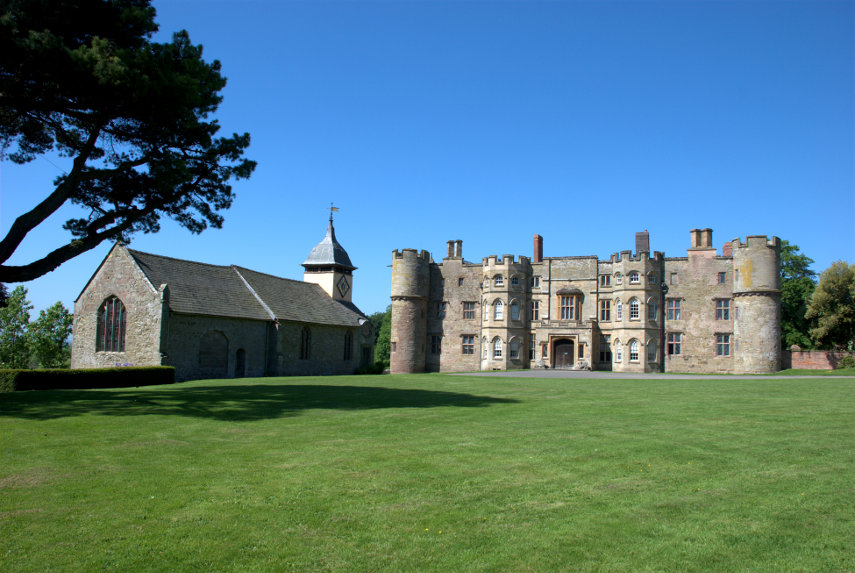 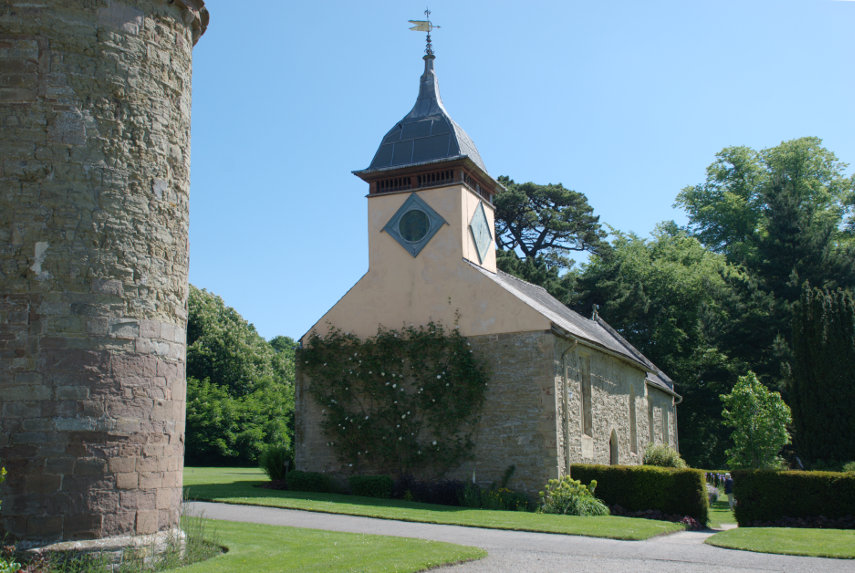 We wandered round the outside until we were almost back where we started and then discovered the walled garden. It's not really that obvious and it would be a great loss to have missed it. For a walled garden it is huge. We can't remember the exact size but it must be around four acres. How something that size can feel tucked away I don't know; but it does. 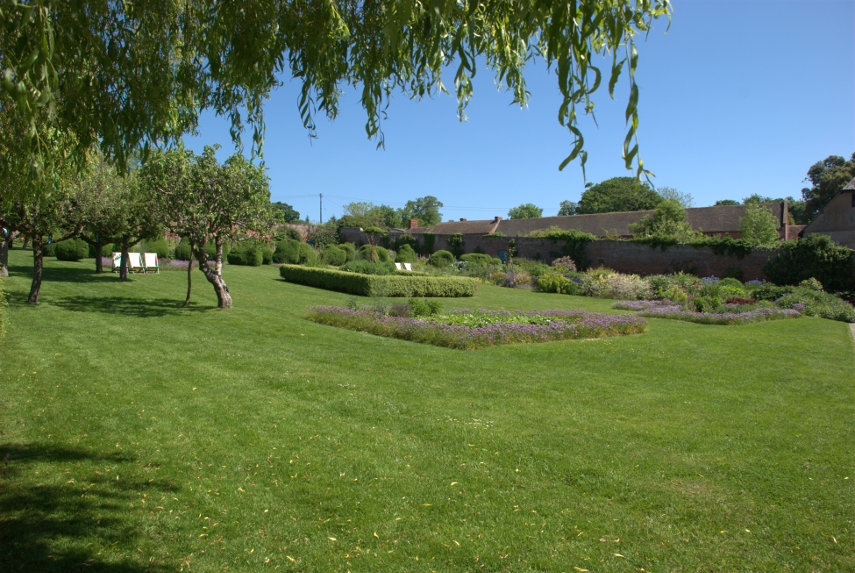 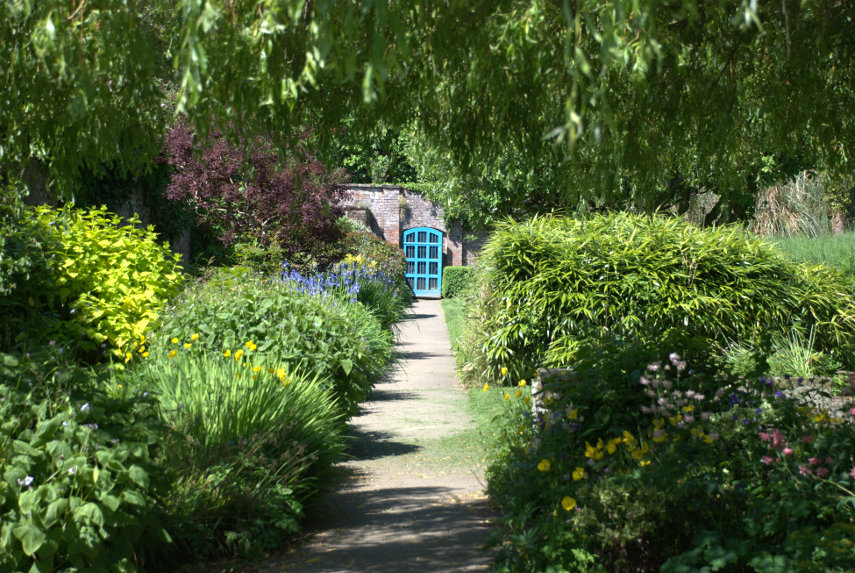 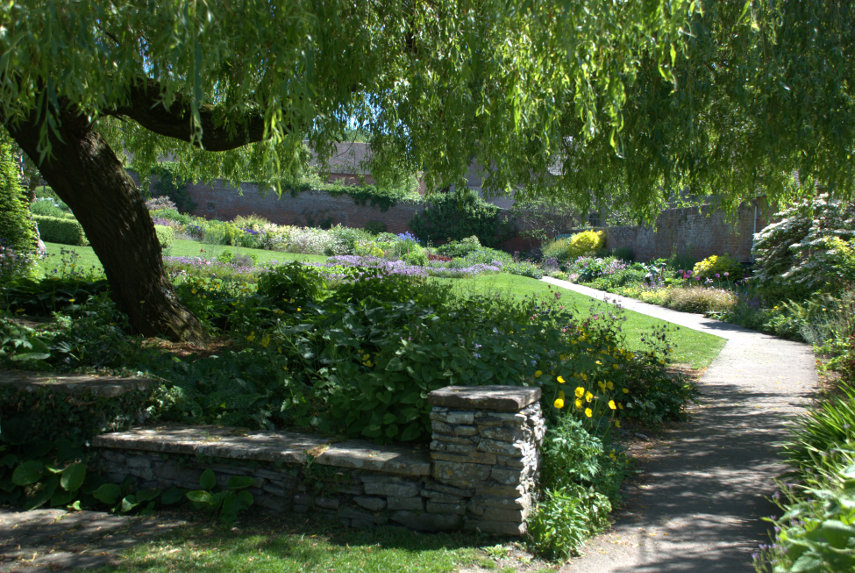 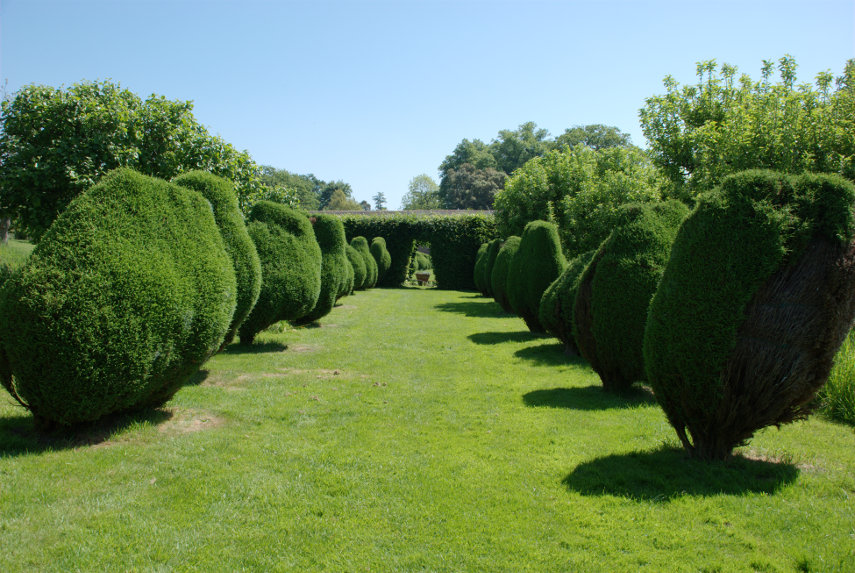 There is also a very large greenhouse. 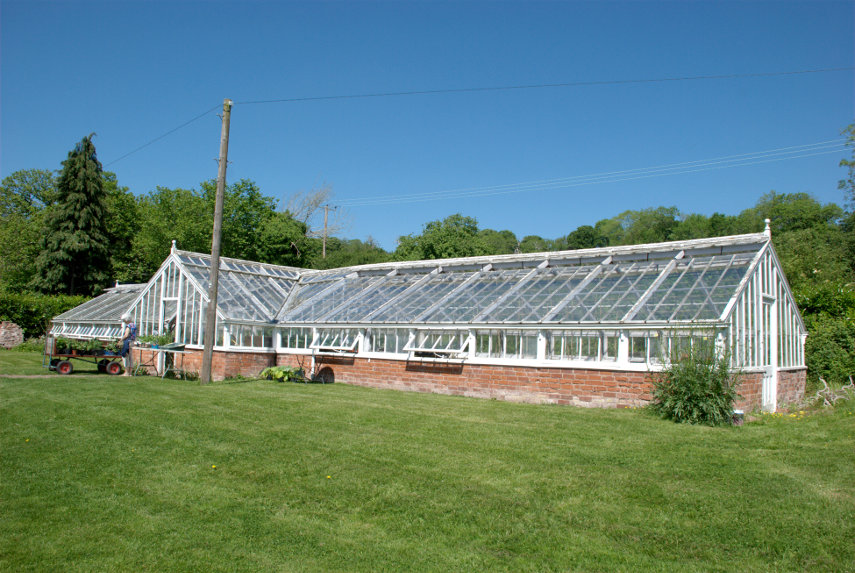 And not content with those features there is a small vineyard. 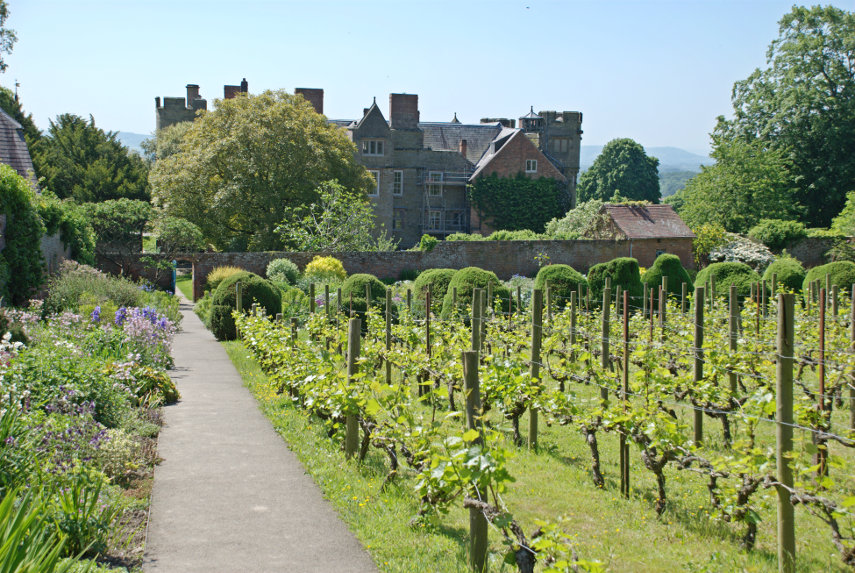 An astonishing walled garden but now it's time to have a look inside methinks.

These are three of the main rooms. 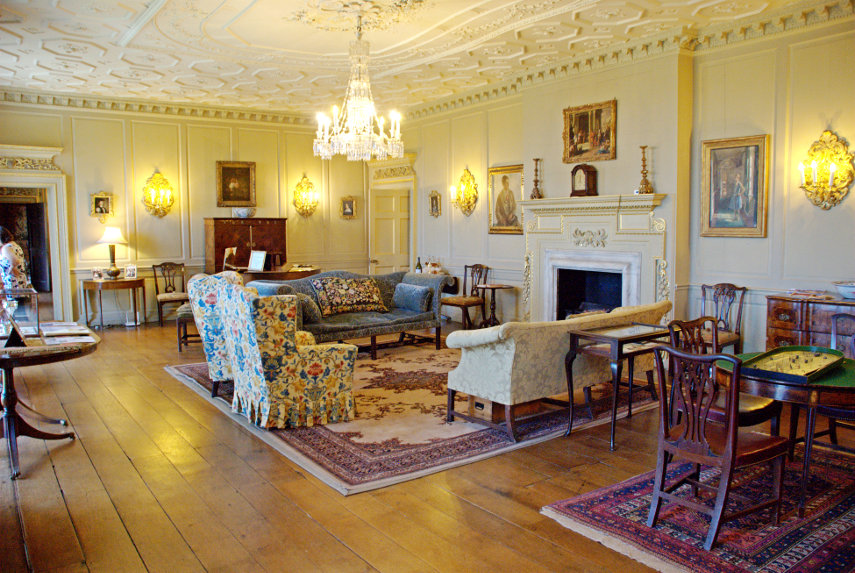 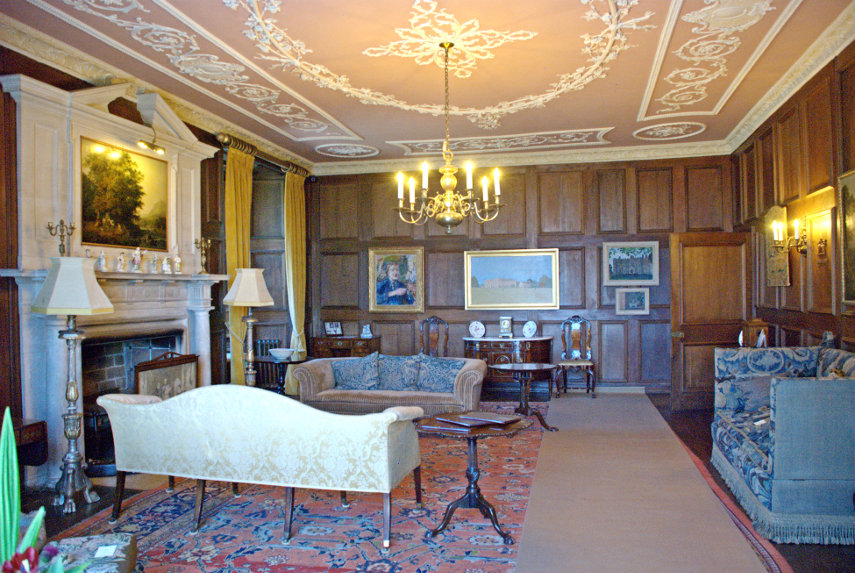 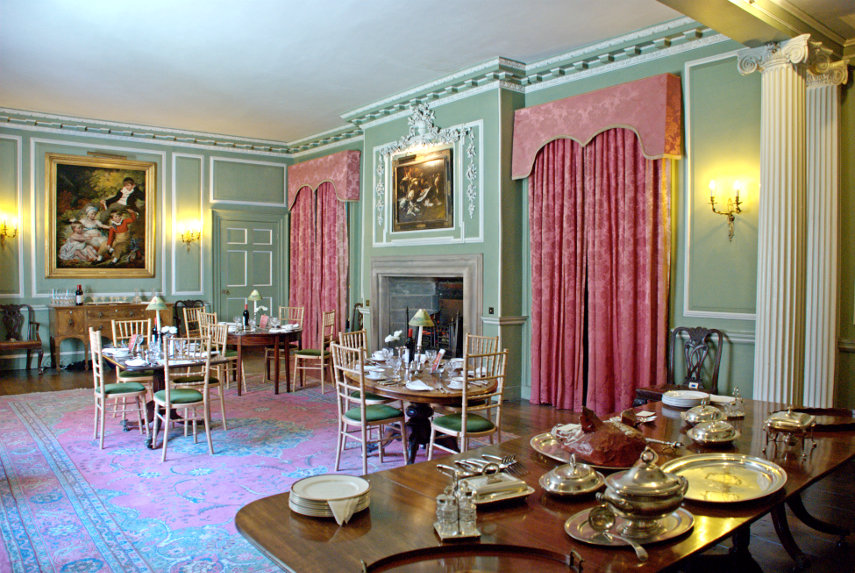 I particularly liked this table where the top is comprised of pebbles sliced through and polished. Very geological and very attractive. I want one. 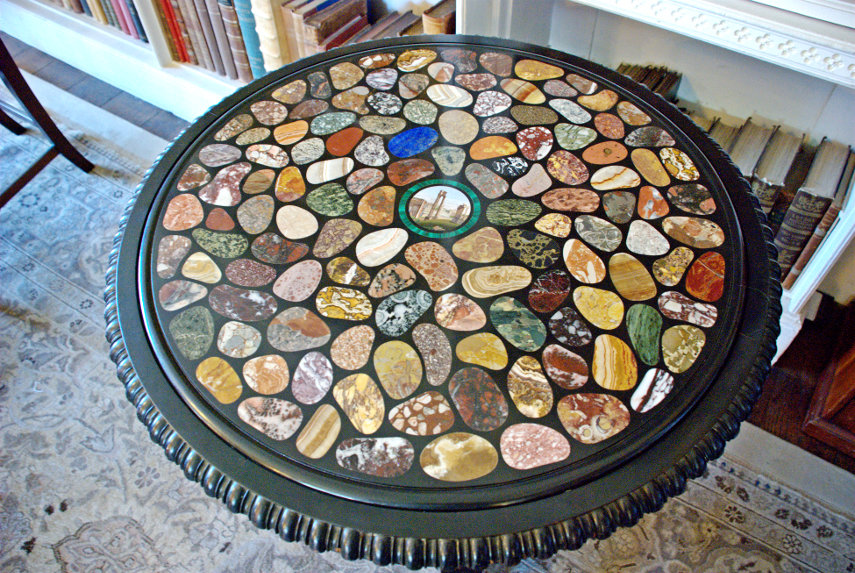 We really enjoyed that trip and will probably go again.

One thought on “March through the Arch”