August has been a dismal month. Cloudy and cool a lot of the time and you would never have guessed that it was supposed to be summer so on the very few occasions when the sun did appear we jumped at the chance to go out somewhere.

About 16 years ago around the time that this web site was started we ‘discovered’ Carding Mill Valley in the Long Mynd near Church Stretton and, having looked on the map, it was evident that there was a walking route shaped like a ‘Y’ where one could start at the bottom of the Y, walk up taking the left fork, where it divided, then walk across to the other arm of the ‘Y’ and walk back down to where one had started.

I’ve always wanted to do that walk but have never managed it until today. The weather forecast was clear skies for most, if not all, of the day. They were lying as usual. Although we had a very good amount of sun the sky was anything but cloudless. We set off for Church Stretton and were planning to come down into Church Stretton via the Burway. This is a very minor road which goes over the Long Mynd.

The picture below was taken on the way up and you may notice that on the right-hand side of the road the ground drops away suddenly. On the way up that drop is on our left and, although not vertical, the drop is very steep and you really wouldn’t want to drive off the edge. The road is only one car wide so if another car comes from the opposite direction one must find a passing place and, for us being on the left, we have to take great care squeezing past so as not to go off the edge. 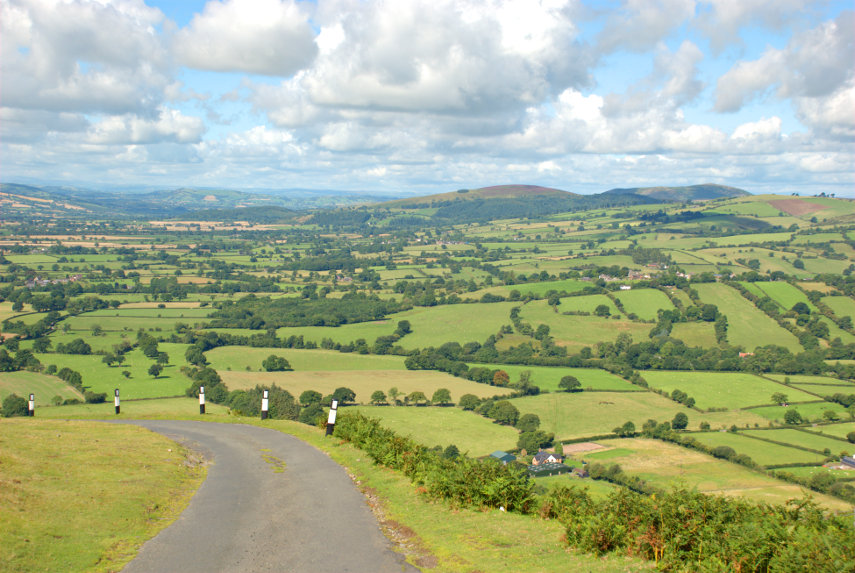 We did meet a car coming the other way and we survived.

We eventually arrived at the top to be greeted by a large expanse of moor with heather scattered here and there not to mention the amazing view. 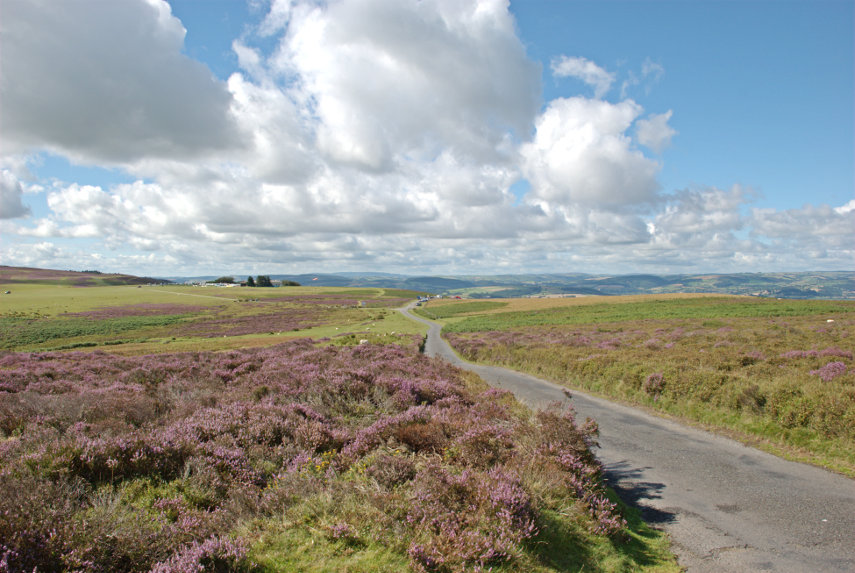 I stopped to take this next picture because somewhere down in the dip is Church Stretton and the heather looked wonderful. 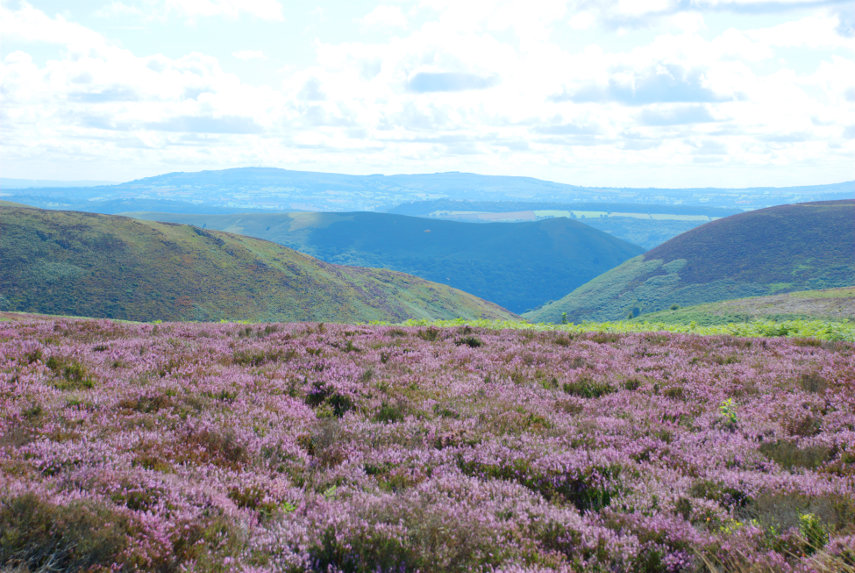 As we progressed downward we could see the hills around Church Stretton and there was still plenty of heather in view. As we descended we gradually lost the heather but the hills still looked pretty impressive. In the picture below the buildings in the trees at the end of that ridge is Church Stretton and, if you remember, we are planning to walk back up here not to mention down again. 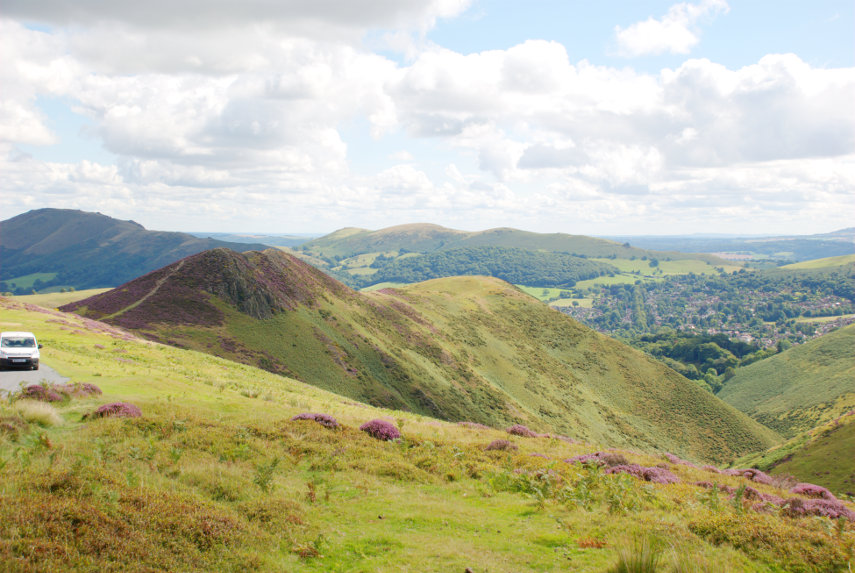 We finally made it to Church Streeton and drove into the National Trust car park in Carding Mill Valley and went into their restaurant for lunch. We both had some Pea and Mint Soup, with bread, which was very tasty and very welcome. Afterwards I had some Bread Pudding and Amanda had a Chocolate Brownie which was followed by tea for her and coffe for me.

The picture below shows the start of the path, near the car park, up the valley. In the picture below we have reached the banch in the ‘Y’ and are going left behind that tree and, we hope, we will be coming back down the path on the right. 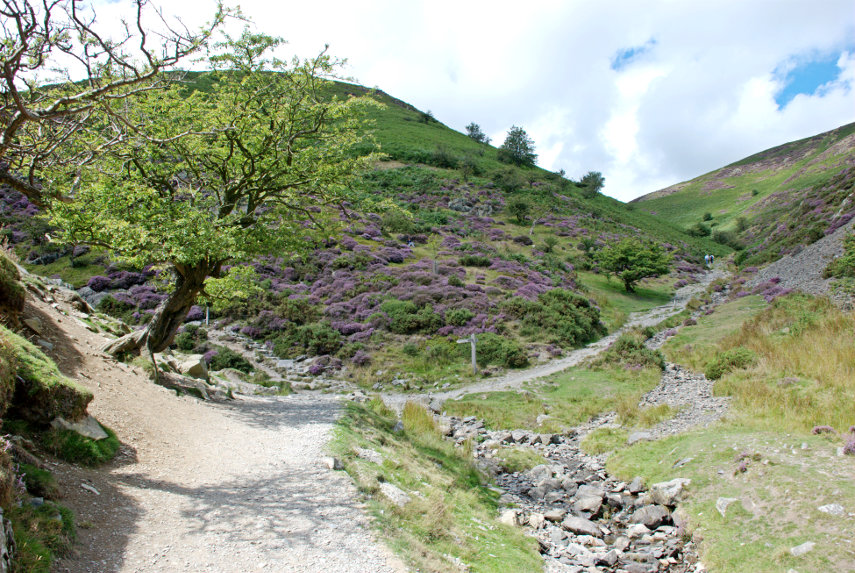 When we got to that junction we stopped and looked back at the view in the picture below then headed further up the valley with its interlocking spurs (Geography) in the picture after that. 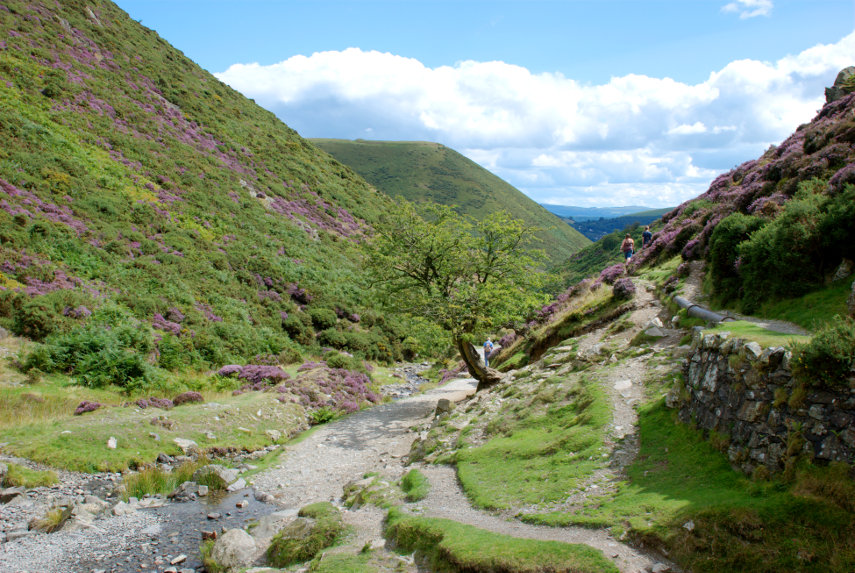 We finally arrived at the little waterfall. Here we go off to the right up a near vertical climb. It is rocky which makes it very easy because it’s like going up stone steps. We managed that without incident and continued along the valley until we reached the high moorland once again although not in a car this time. 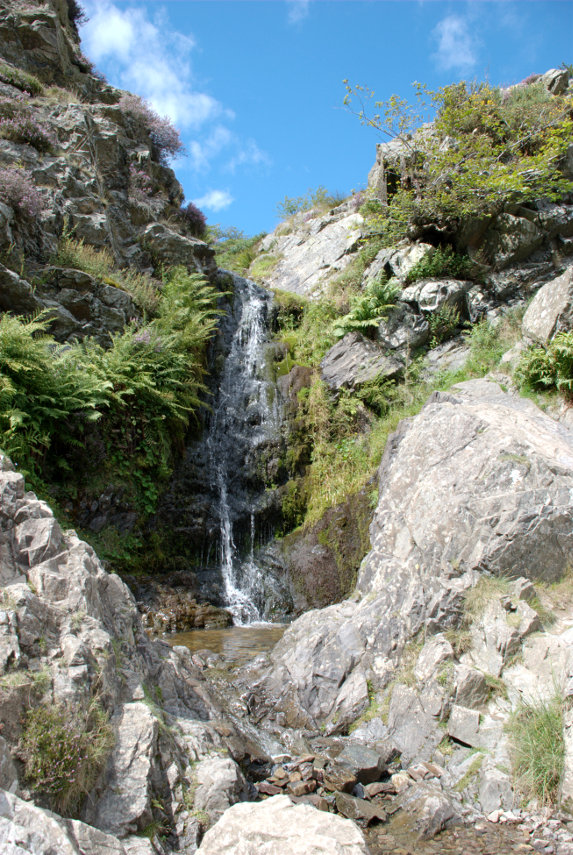 We found a pond up here and Amanda apparently found something interesting to look at. Probably she was bending down for a rest but didn’t want to admit it. We walked along the high ground until we found the start of the path down and you can see that we weren’t the only walkers about. You may be able to see Church Stretton in the distance. 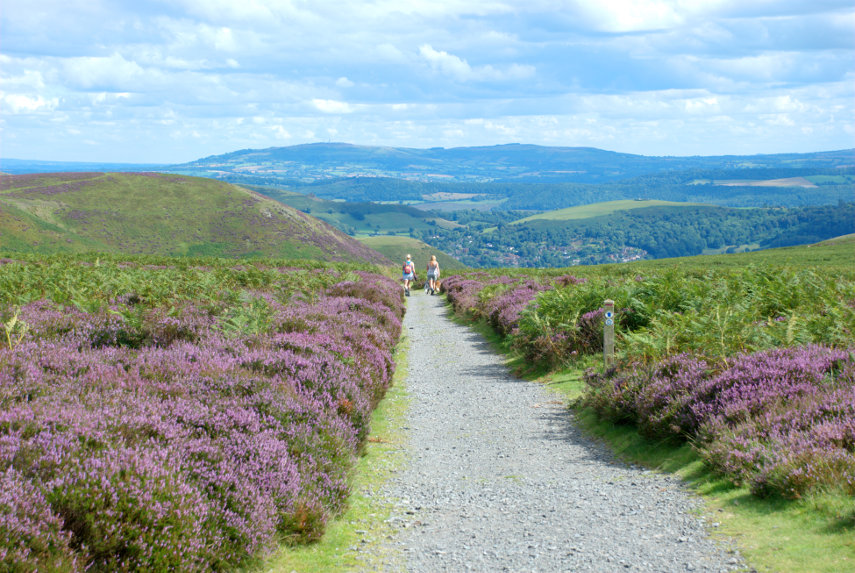 As we get lower there is less heather around. More interlocking spurs in the picture below and although we are losing the heather it is still in evidence. 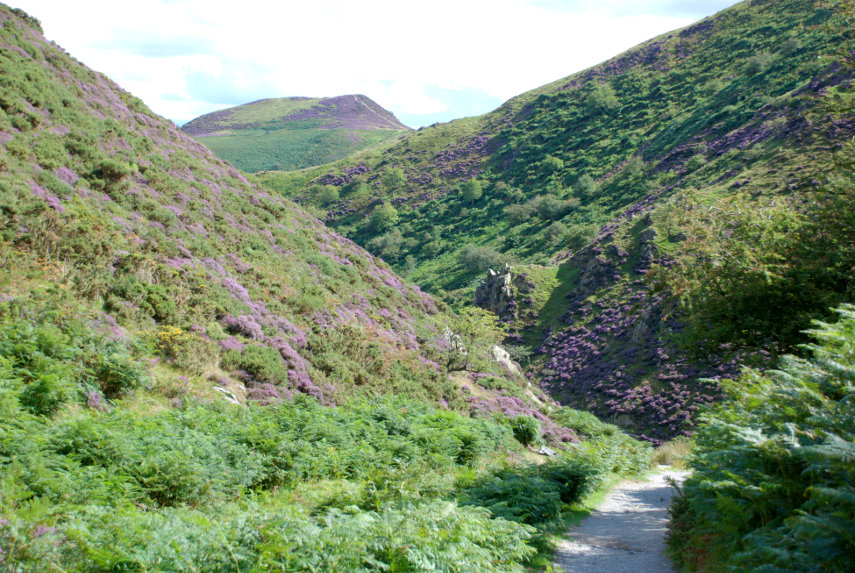 Finally we arrive back at the junction of the two arms of the ‘Y’. Remember that little tree by the path at the bottom there? You will have guessed that we made it back to the car otherwise I wouldn’t be writing this. August is not a good time to come to a place like this as the lower parts are very popular and the children are on holiday so everyone and his dog are there but we wanted to see the heather and, guess what, heather blooms in August.

Well it took me just 16 years to achieve my ambition but I finally made it.

One thought on “Moor and More”