The last Saturday in August every year sees the Knighton Carnival. I realise that you will all be disappointed not to have been able to attend so we were there for you.

The various groups and floats assemble in or near the old Market Place so we went there first. 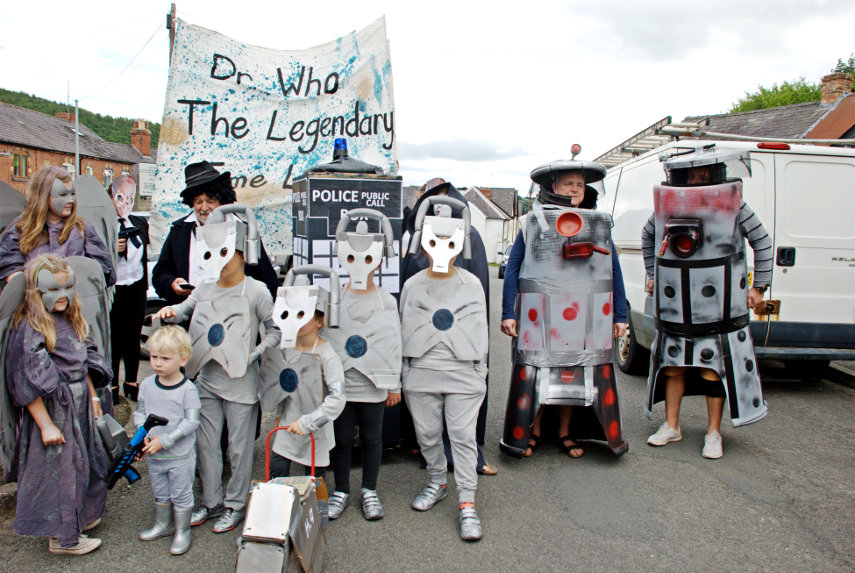 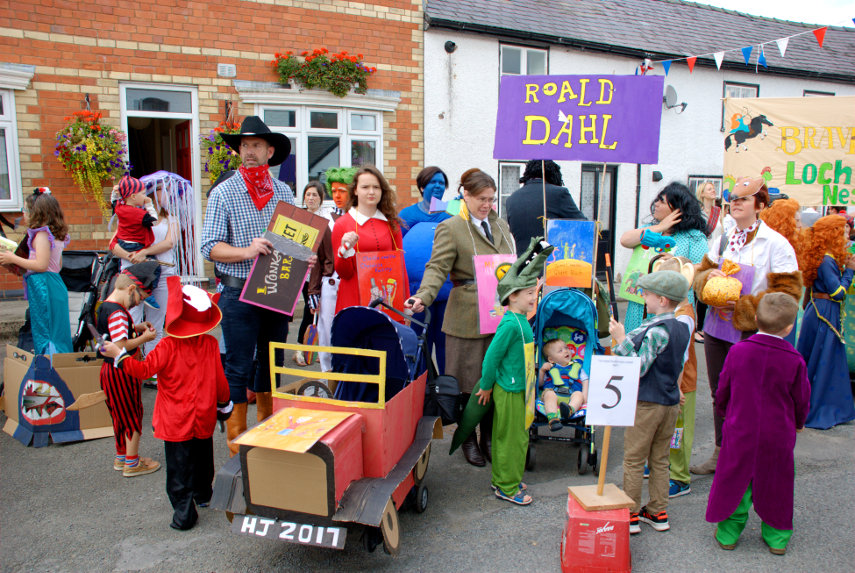 There were many colourful groups together with a lot of people milling about including the rather suspicious characters below. 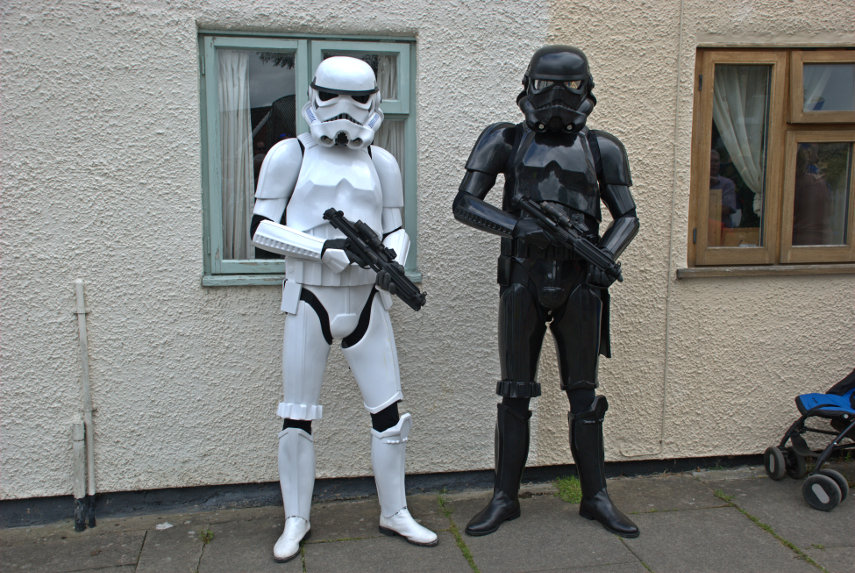 This is Derek Price the official Knighton Town Crier, resplendant in all his finery, who also happens to be a neighbour of ours. Oyez, Oyez. 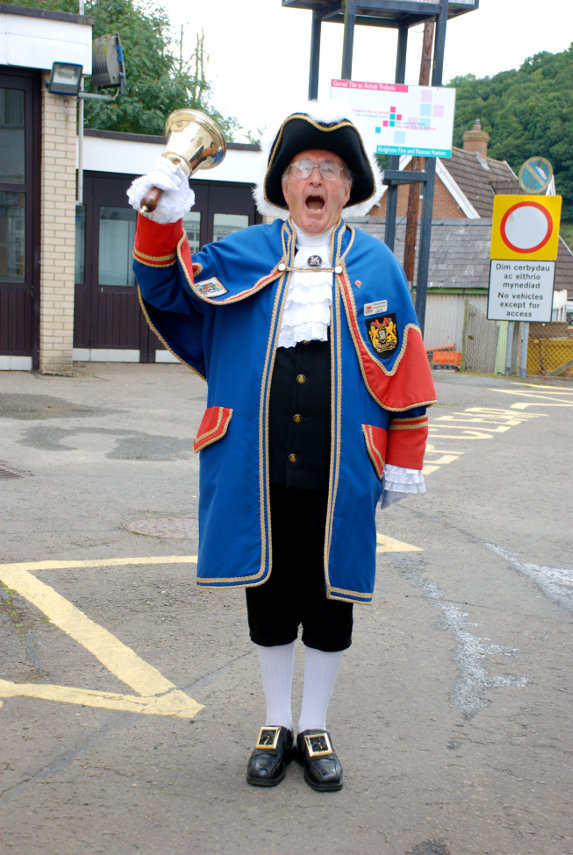 We then went down to the clocktower to wait for the procession. Whist we were waitng a mounted policeman appeared; something we've not seen in Knighton before. Probably there to keep the local troublemakers (Me and Amanda) in order. 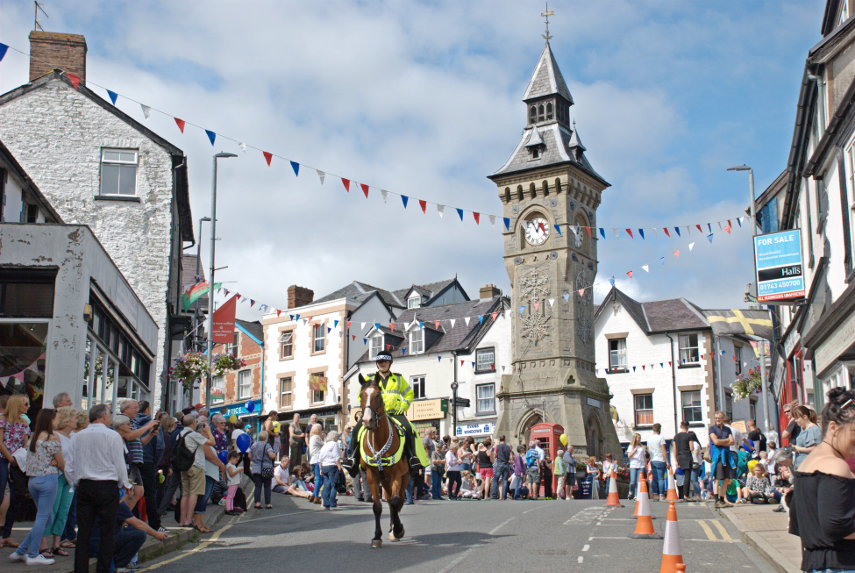 Finally the procession appeared with a great variety of groups representing many different themes such as the Trojan Horse below and that's a pretty good cardboard horse. I think that most of them are self-explanatory. 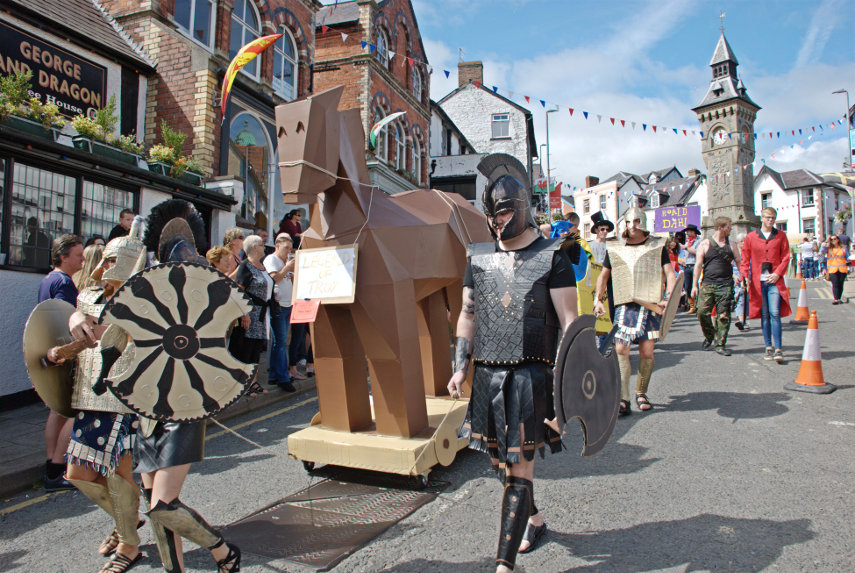 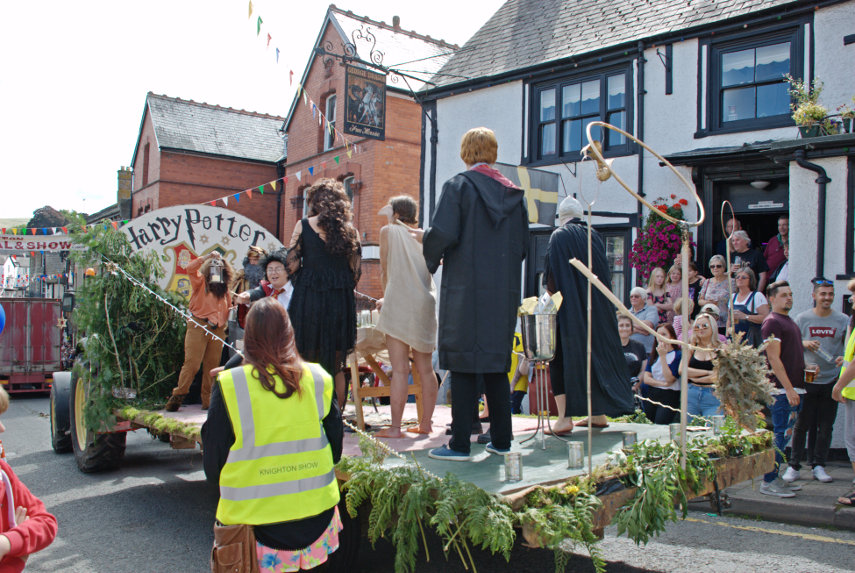 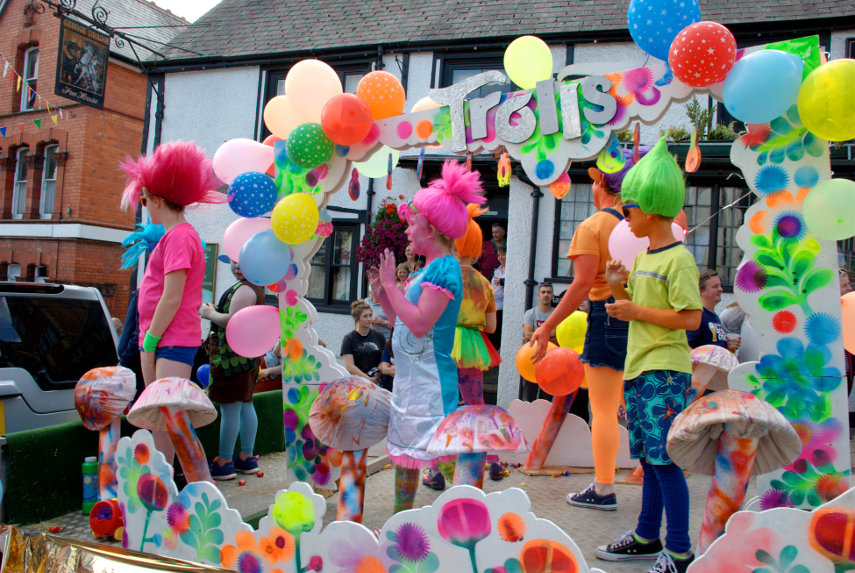 The last thing in the procession was a vintage coach. 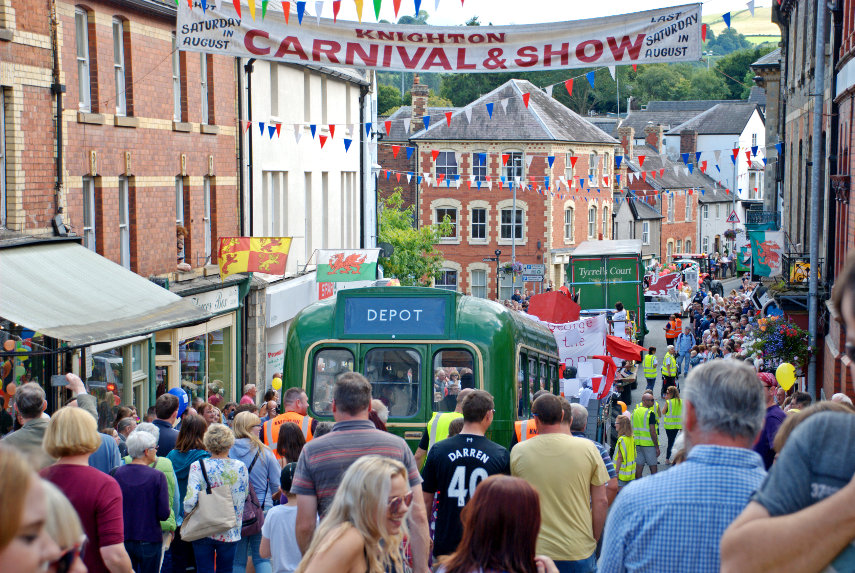 There were, as you can probaby see, a goodly number of people lining the main street and a few other places as well. Even the weather behaved itself.

See you next year then.

One thought on “Carnival Capers”