Recently a friend of ours who lives in Royston, Hertfordshire invited us over for the day and took us to the village of Ashwell which is six and a half miles west of Royston.

We parked by the roadside next to the Ashwell Springs -the “well” from which Ashwell gets its name. 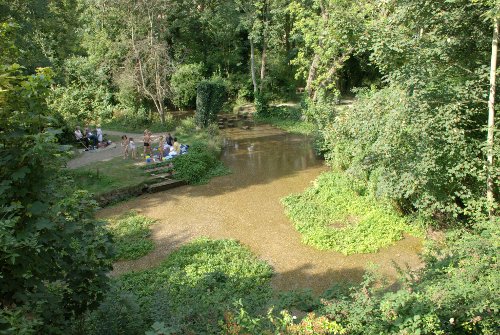 The water rises from several holes in the natural chalk surrounding Ashwell village and the average flow is between 1,300,000 gallons a day to less than a million. It is at its highest level in March and April and lowest in September and October.

The water seen here is clear but very shallow and the brown colour is actually the gravel laying on the bottom. In this area we saw a number of places where water could be seen to welling up from beneath and these springs are one of the main sources of the River Cam which flows through Cambridge not far from here.

Ashwell is a picturesque little village with a 14th century medieval church which has a positively massive tower. Not only is the tower very tall but its sides are also extraordinarily broad. 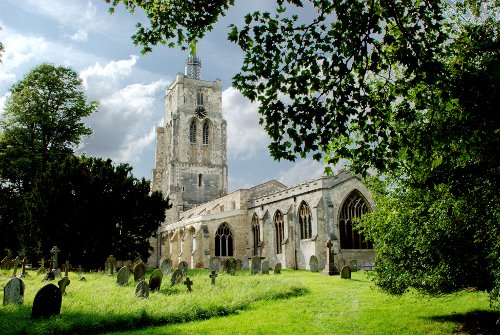 Inside the tower at its base we saw some medieval graffiti which recounts the Black Death, a great storm in the late 14th century and a drawing of St. Paul’s Cathedral in London before the great fire. Some individual letters are not easy to decipher, being scored into the stone, and it’s all in Latin anyway.

There are plenty of ancient timber-framed buildings in the village of which the Rose and Crown is one. 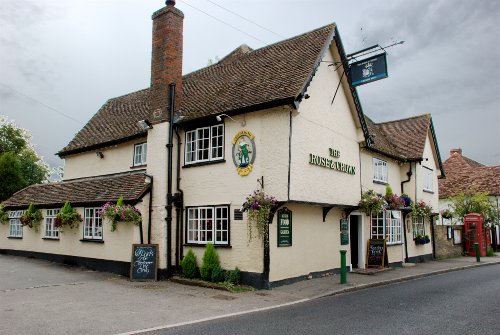 This is where we had lunch, our friend having had previous experience of eating here, and it was exceptionally good and is to be thoroughly recommended if you are ever passing this way. I have to be honest and say that just writing about it makes my mouth water.

There are plenty of other ancient buildings including the Forresters Cottages shown below. 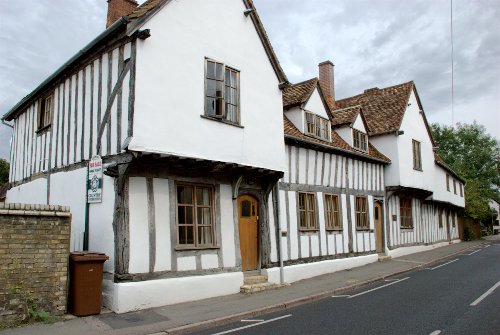 The central hall was built first in the 14th century, with two cross-wings (the jettied gables) added in the 15th century.  The left wing housed the pantry and buttery on the ground floor and sleeping accommodation on the first floor.  The right wing was a solar, having the best rooms for the head of the house.  To the right of it (at the far end of the photograph) is a 16th century extension.

This is another group of ancient timber-framed houses with the central colour-washed house showing some pargetting. 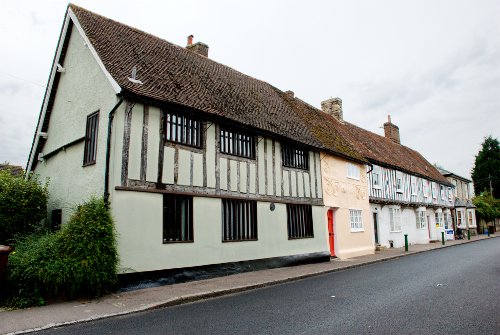 There is also thatch to be seen here – cottage? house? well yes but … 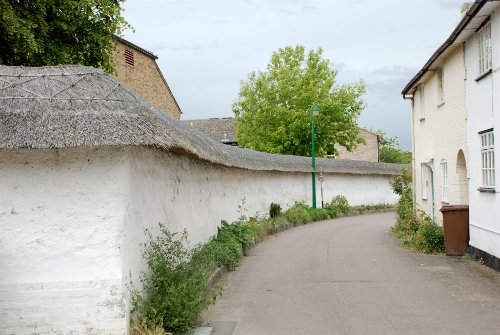 also a cob wall with a thatched top. Not all that common. The only other one we’ve seen was in Avebury in Wiltshire. There were also other thatched houses and cottages of which this is just one with that massive church tower showing in the distance. 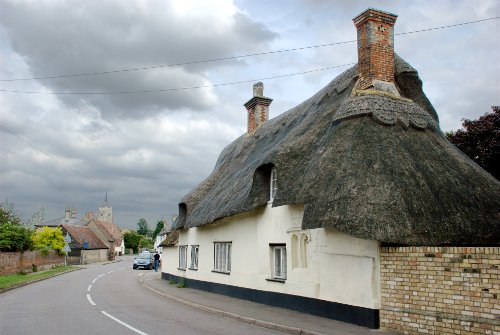 We also walked from the village up to Arbury Banks, a Bronze Age Hill Fort, although there were almost no features to easily distinguish it from the surrounding countryside. It was, however, a very nice walk and worth it for the views from the top of the hill. 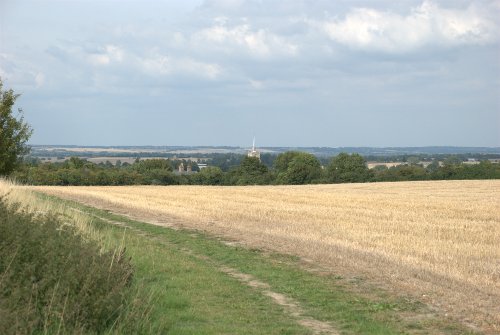 We had a very enjoyable and interesting day thanks to our friend.