Today, in Britain, is a Bank Holiday (Public Holiday) and we woke up to a cloudy sky. However by mid-morning the sun had started to break through and by lunch time it was a really beautiful day with blue sky and a few puffy clouds. After lunch we decided that although it was a Bank Holiday and the whole world and his dog will be out and about we should go out for a short walk.

Having driven the few miles to Tollesbury (We last went there with Marie when she was over here) we arrived just as the sun went in behind a large bank of cloud which had appeared from nowhere. In spite of that we started our walk to Shinglehead Point and although it was cloudy it was quite warm. It took us about an hour to get to the point and then walk a short way across the marsh to get on the shingle bank out in the river. The bank is covered at high water but it was about 3 hours after high water and the tide was still going out.

After waiting for about 30 minutes the cloud dissipated and the sun returned.

Here is a picture showing Amanda jostling for space on the beach and trying to work out where the North Sea is. 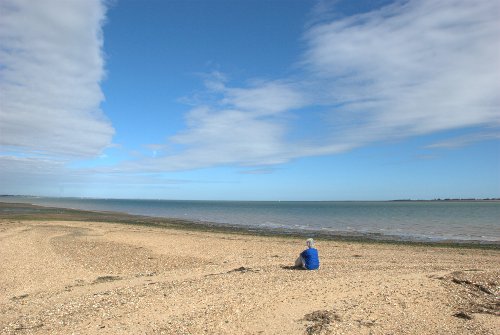 There were a few people about but it wasn’t exactly crowded out here. This is a view of the same shingle bank looking up river. 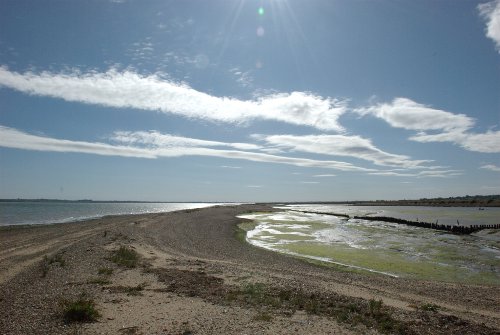 We turned round and walked back along the sea wall eventually passing the Marina with the boats moored in tidy rows. 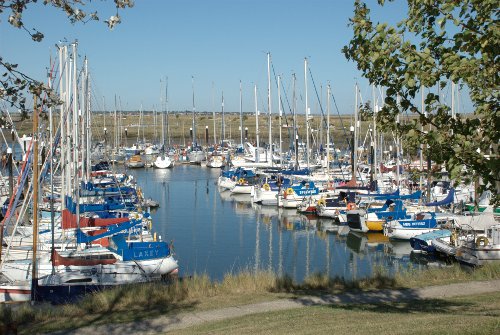 Along the sea wall by the marshes with the familiar sight of the lightship across the marshes. 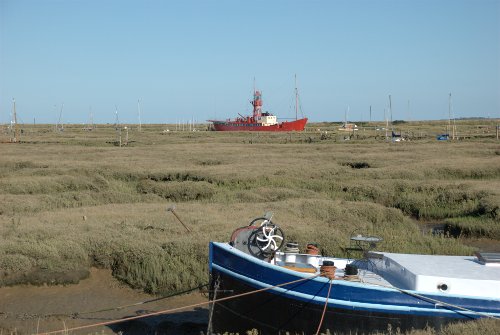 Finally here is a shot of Amanda on the sea wall fighting her way through the crowds as we made our way back to the car. 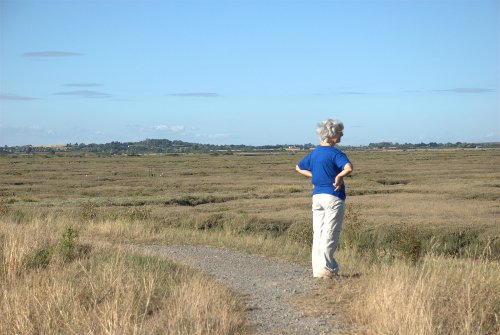 One thought on “Bank Holiday”