There is an area in Herefordshire known as the Black and White Villages and there is also a Black and White Villages Trail which is meant for motoring not walking. We last visited about 12 years ago on a day trip from Ludlow and the results from that are already on the web site. That previous visit was before the blog was started so there is no blog entry for it. This time it was a 30 minute drive from home so we were able to have a much more leisurely look round especially as we were re-visiting only two of the villages.

Both villages, Pembridge and Eardisland, are situated on the River Arrow.

We started in Pembridge and we had to cross the River Arrow to get into the village and this is the bridge we used. It is not very old having been built in the 19th century but is attractive nevertheless. 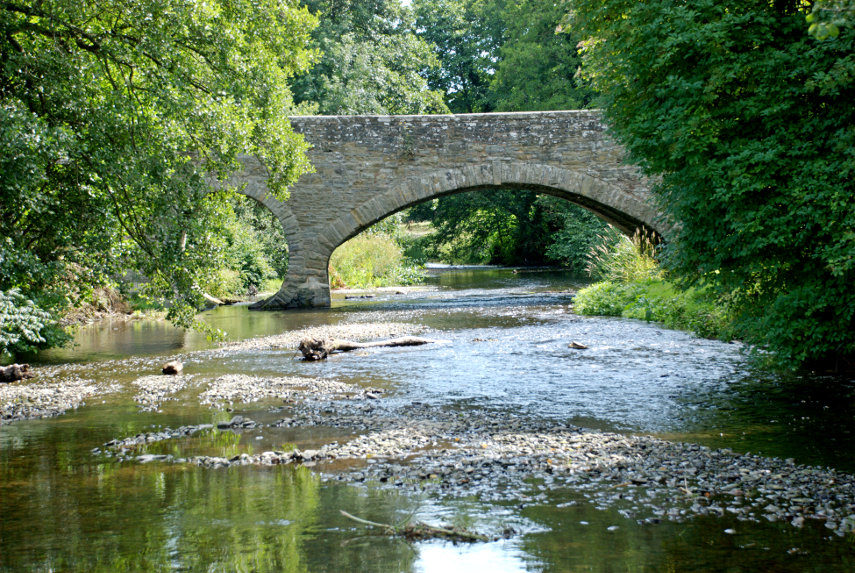 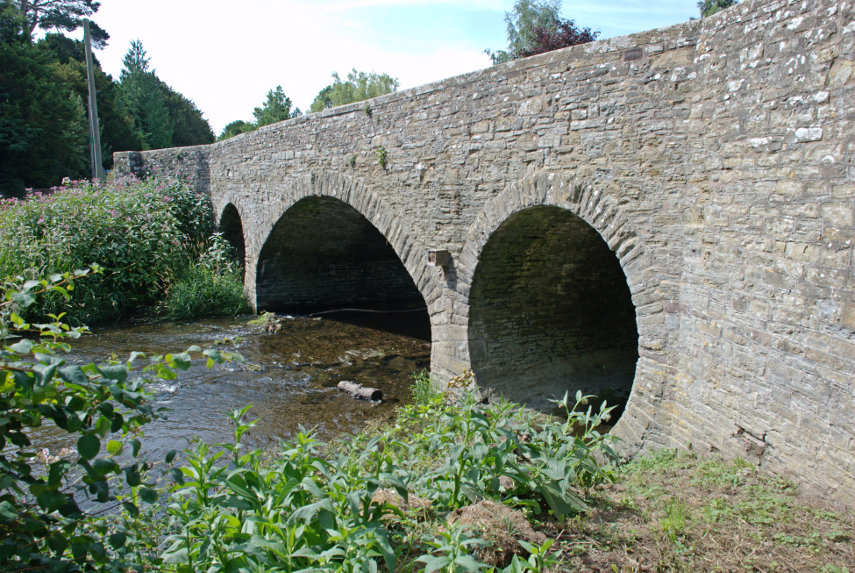 There is a small, free, car park with access down the roadway next to the King's House in East Street and there was plenty of room. There is a small sign, easily missed, pointing to it from the main road and there are also public toilets in the car park which had disabled facilities and were nice and clean. 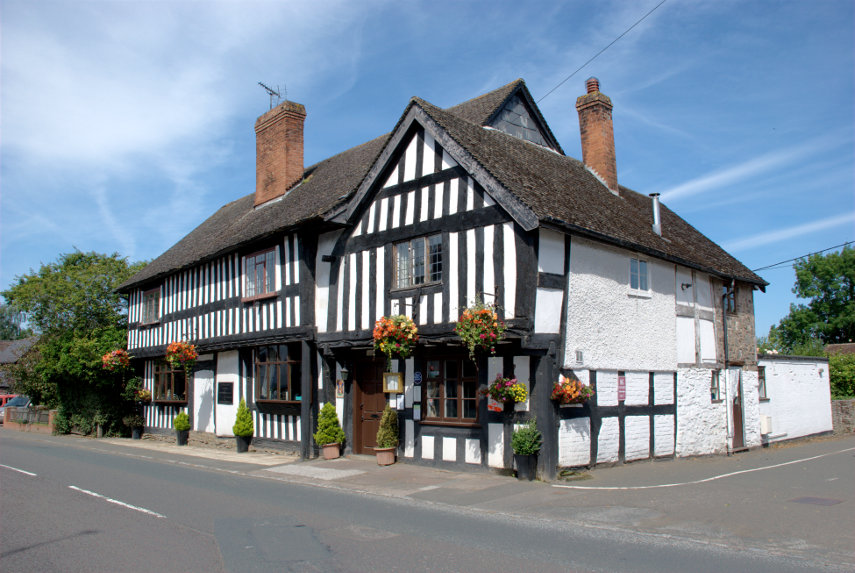 The entrance to the public car park can be seen on the right. The King's House is a restaurant, not open on a Monday when we were there of course, and dates from the 15th century. This building is a sign of things to come. This next picture is in East Street looking towards West Street and showing the front corner of the King's House on the right. You should be able to see a number of black & white timber-framed buildings. 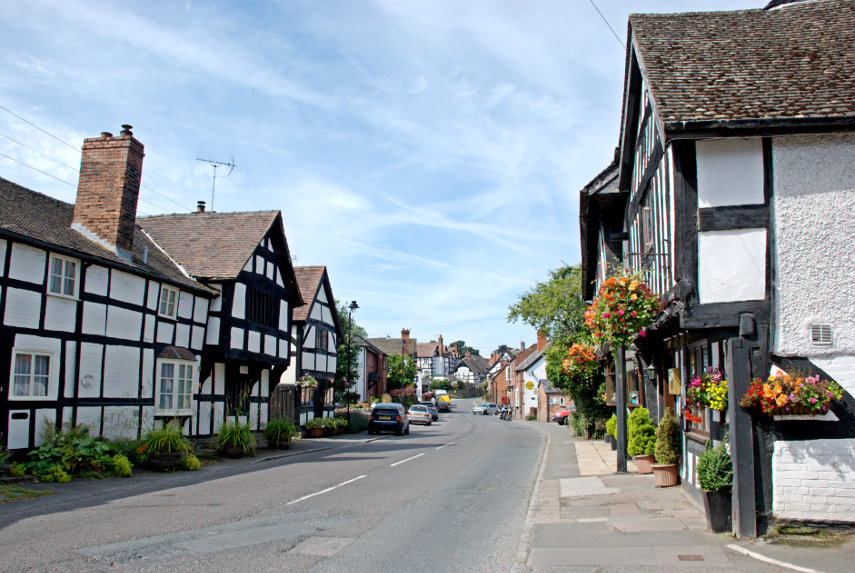 I think we'll need to do a bit of exploring don't you? 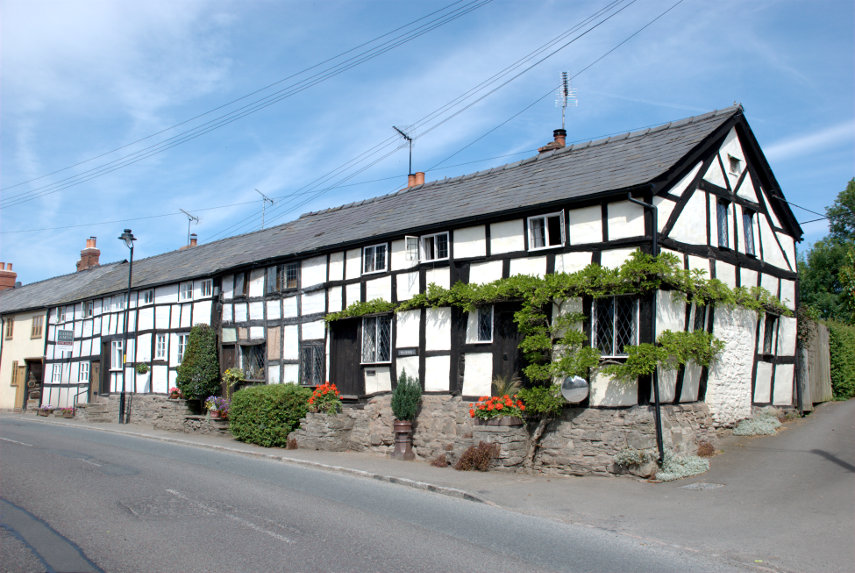 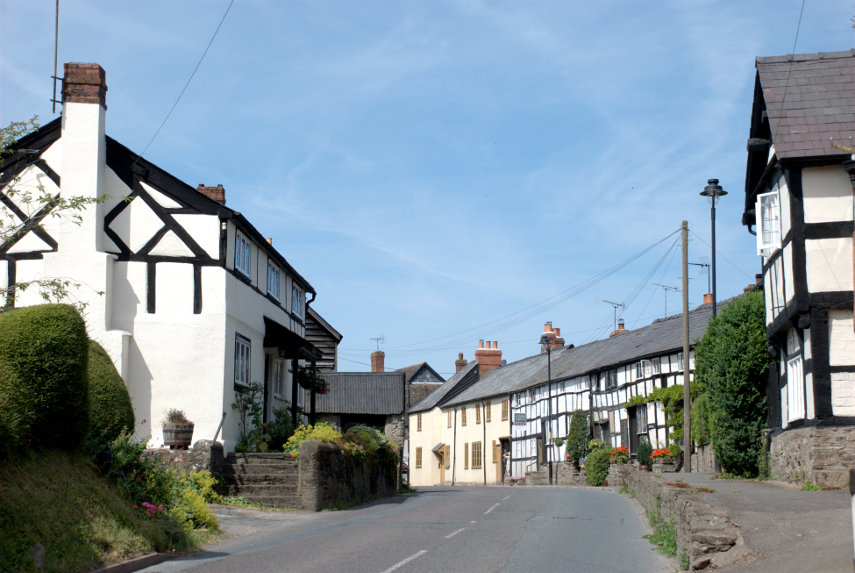 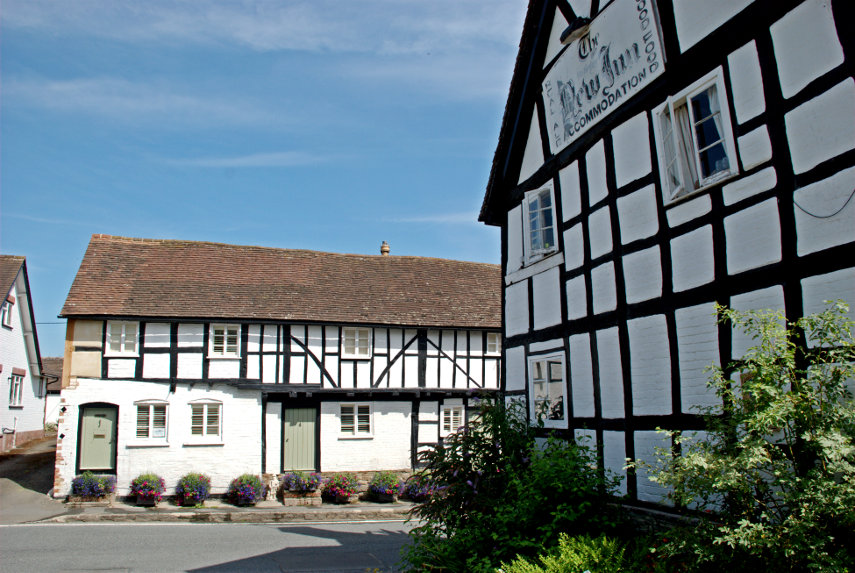 How's that for a start? The building on the right is the New Inn so called because it was new when it was built in the 17th century. Can you think of a better reason?

A market charter was granted to Pembridge in 1239 and just behind the New Inn is the early 16th century Market Hall. 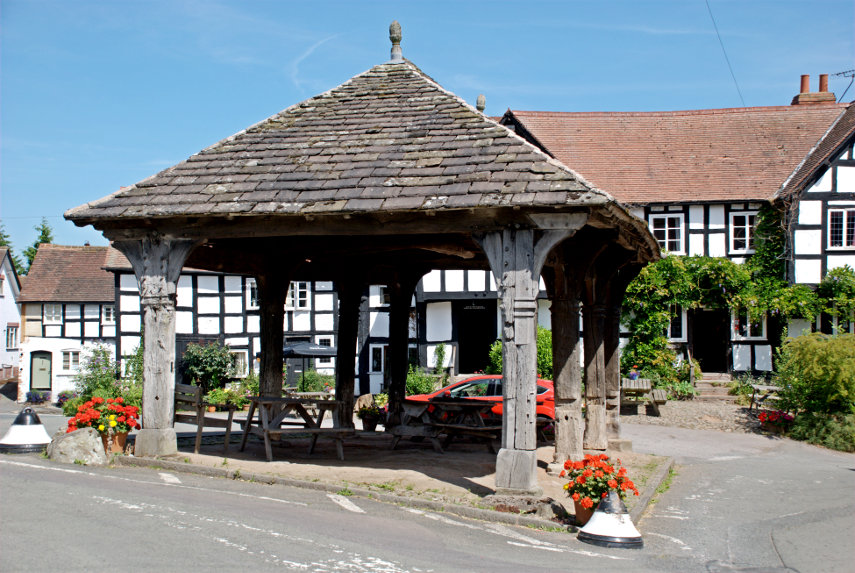 Standing in the Market Square it doesn't look like a hall as it isn't enclosed but that's because the upper storey was removed at an unknown date. Pity really as it would have looked pretty impressive with an upper storey. 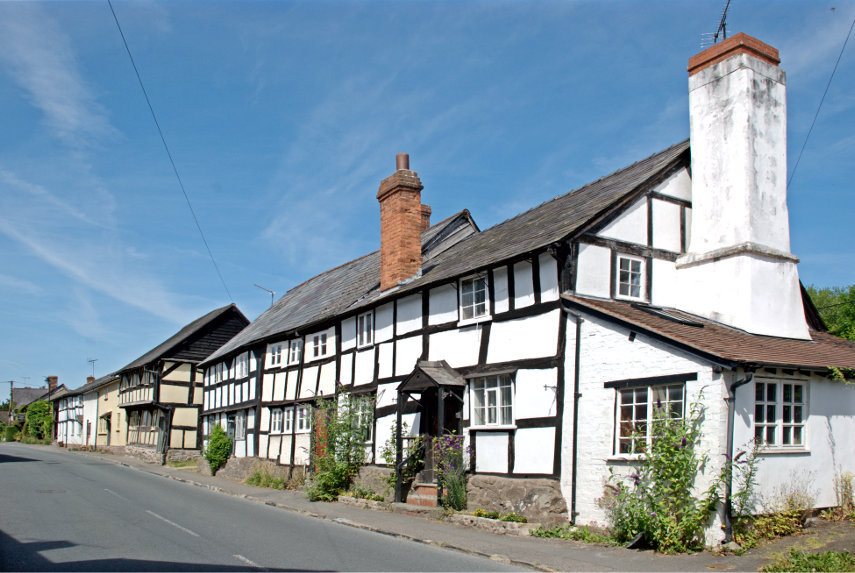 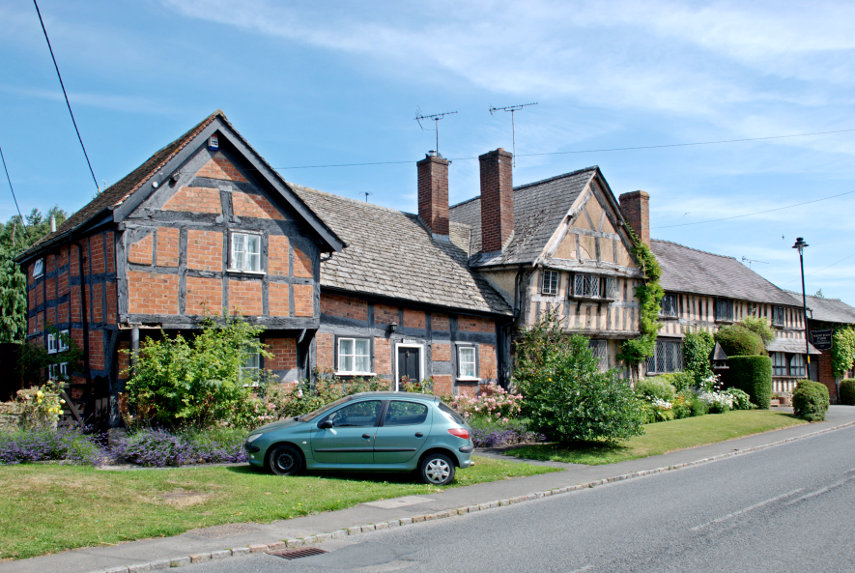 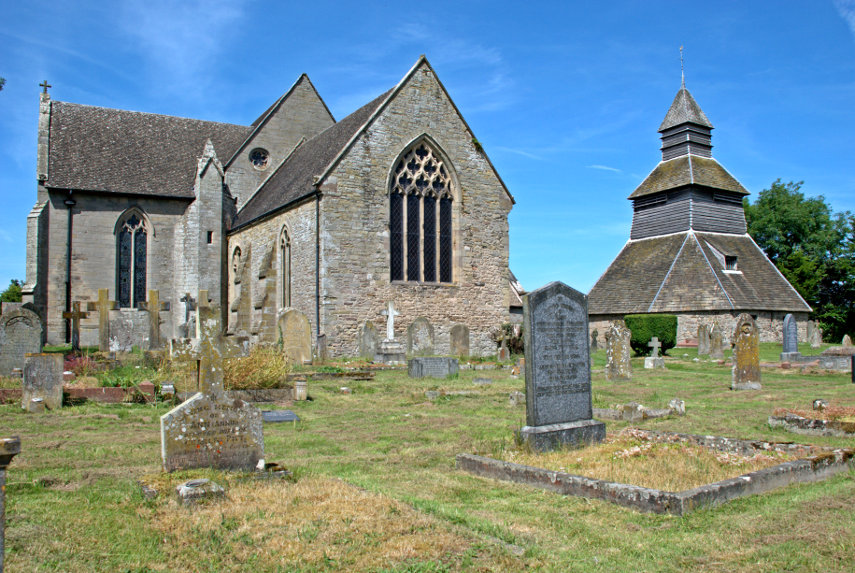 The bell tower has to be seen to be believed. The main timbers are enormous and from the look of them they are whole trees squared off. 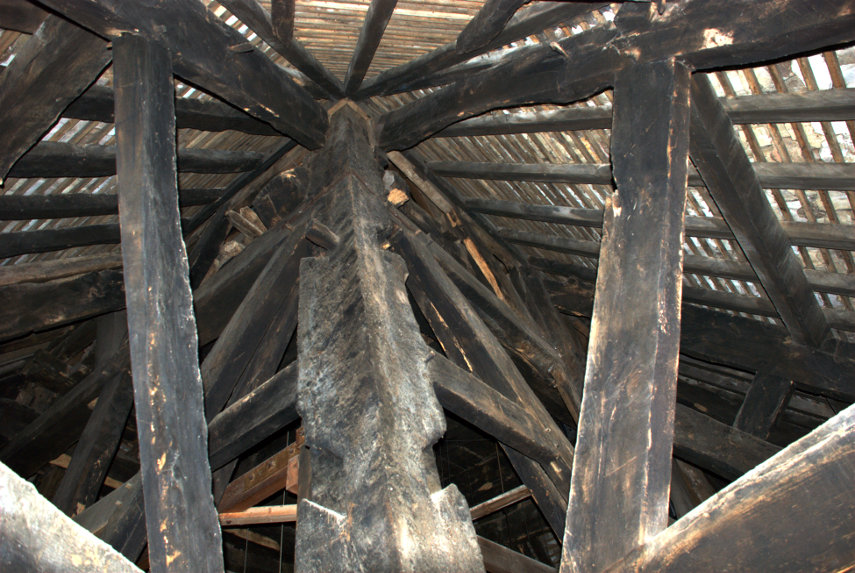 The church also has some very interesting interior features. There are mason's marks in the picture below – can you spot them? 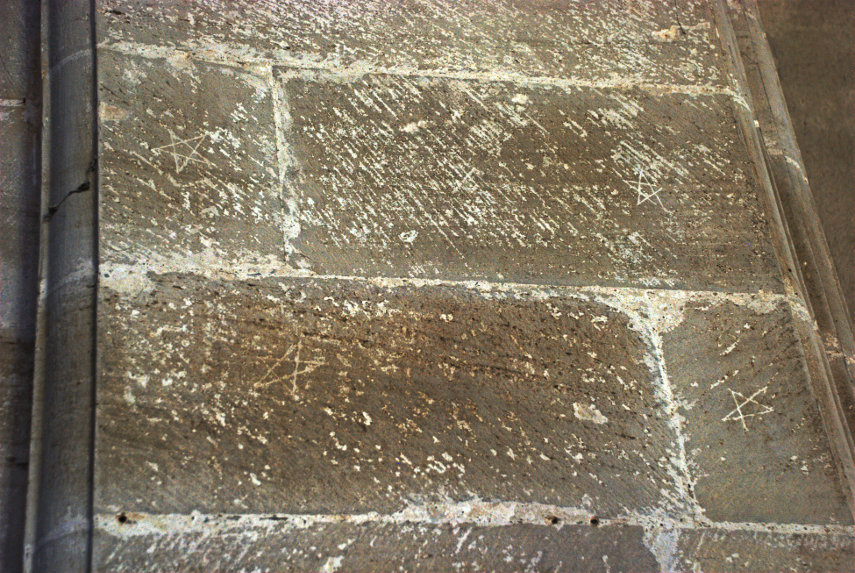 There are also some medievel wall paintings. One on the wall behind the organ and one on the wall of the nave. Not in the best of condition but they are visible in spite of being around 600 years old. 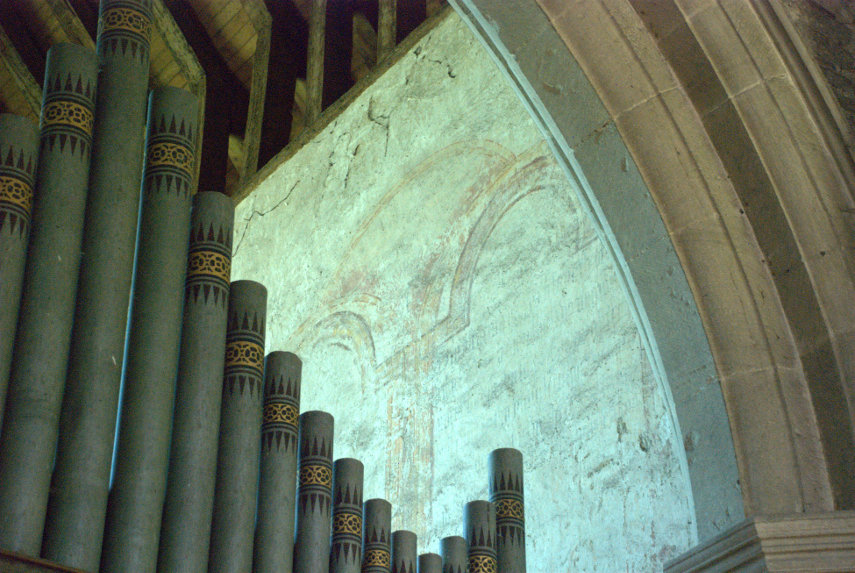 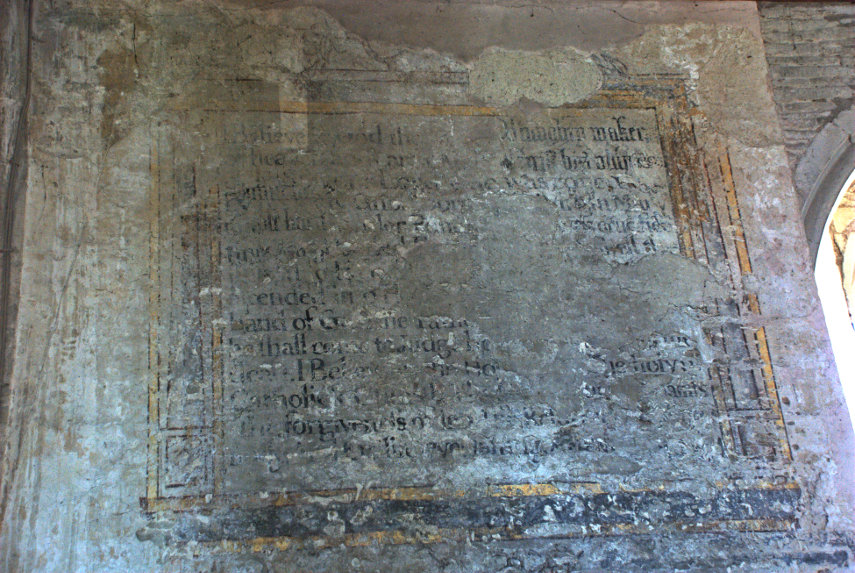 Just outside the church door is a delightful view across the churchyard to the village and the hills beyond. 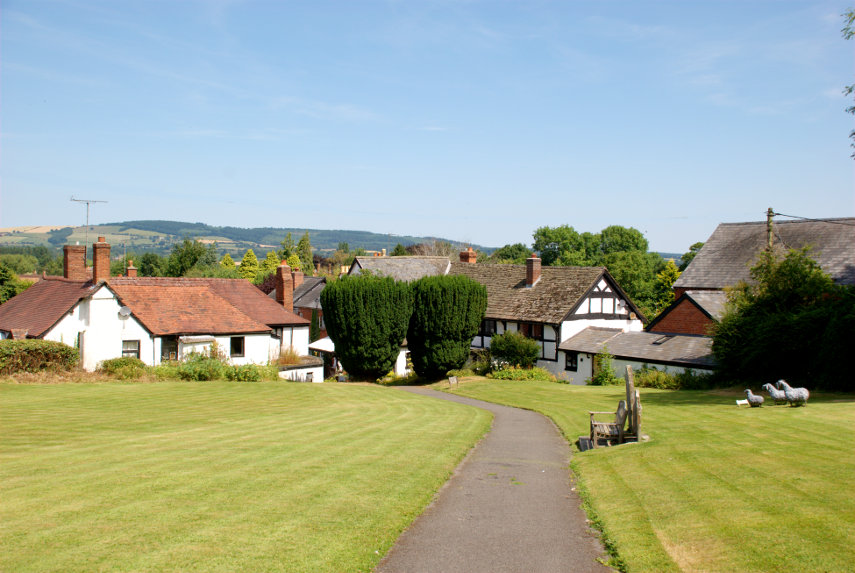 That is the end of part one covering Pembridge. Part two will be Eardisland.