This is another late report from an outing we did about 5 weeks ago. Unlike the previous blog post this is not accidentally late. I just haven’t got around to writing it until now. In fact going on to the Blog to write this was when I spotted that my previous report hadn’t been posted.

One of the local things we had on our ‘to do’ list was Holloway Rocks. The map in the link will give you an idea of the situation.

It is a short way from Knighton, where we now live, and short enough that we could walk from home but didn’t. The roads around Stowe are only one car’s width so one has to park off-road. We drove to Stowe Church, shown on the map, where we were able to park our car. It’s a lovely little chuch in the middle of nowhere (Stowe has a population of 140). 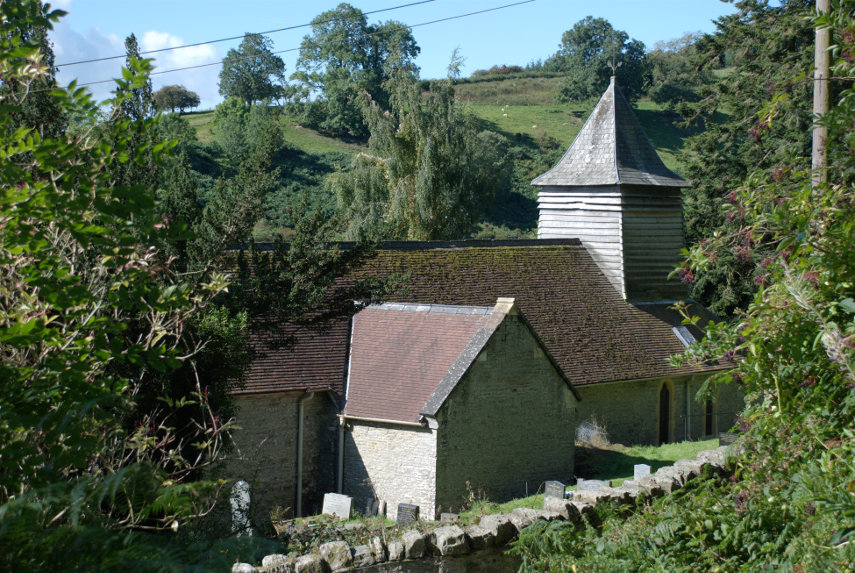 We had tried this walk before, about a week ago, having set off from Stowe Church. We started off up the wrong path and having realised that we went back down again and then realised why we hadn’t taken the right path. There was a van parked on the beginning of the path and although there was room to walk past it the van had blocked it from our view. We set off again on the right path. In the past year my health has deteriorated such that, sometimes, I can’t walk far uphill without stopping to catch my breath which was what I was having to do here. I did push myself too hard and eventually had to sit down. After a while I began to feel faint and had to lie down. I did eventually recover but we decided to abandon that attempt.

This time we started up the right path, which is fairly steep, with frequent stops for me to recover my breath and I didn’t push too hard this time. I managed to get through the wooded section but by the time we reached the open I had to stop for a breather especially as the path gets steeper here. 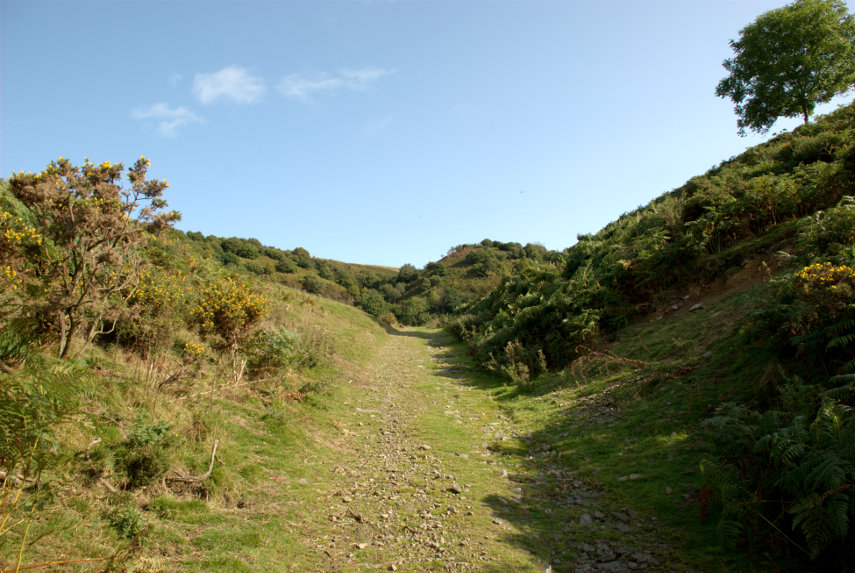 Looking back, in the next picture, the wooded part is visible and you can see that we have gained quite a lot of height; most of it previously in the car. 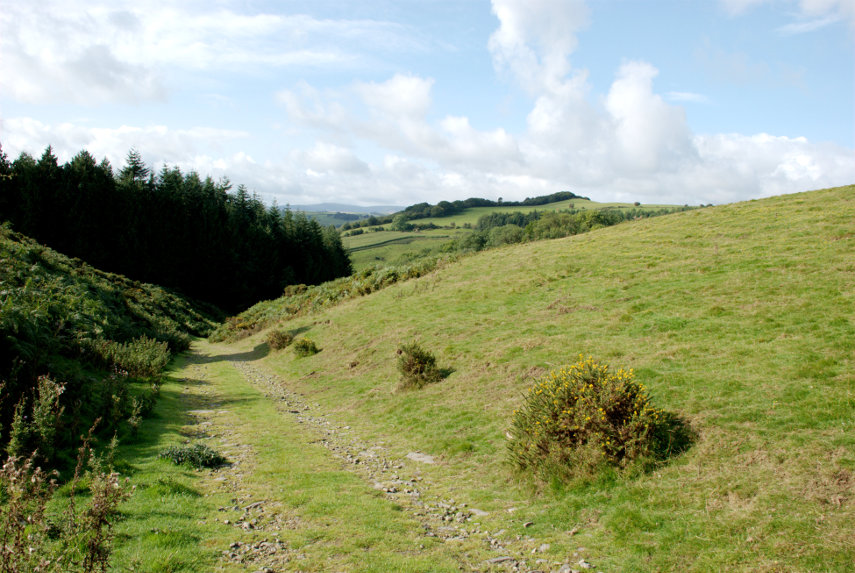 On that bank to the right were a lot of Hawkbit flowers. 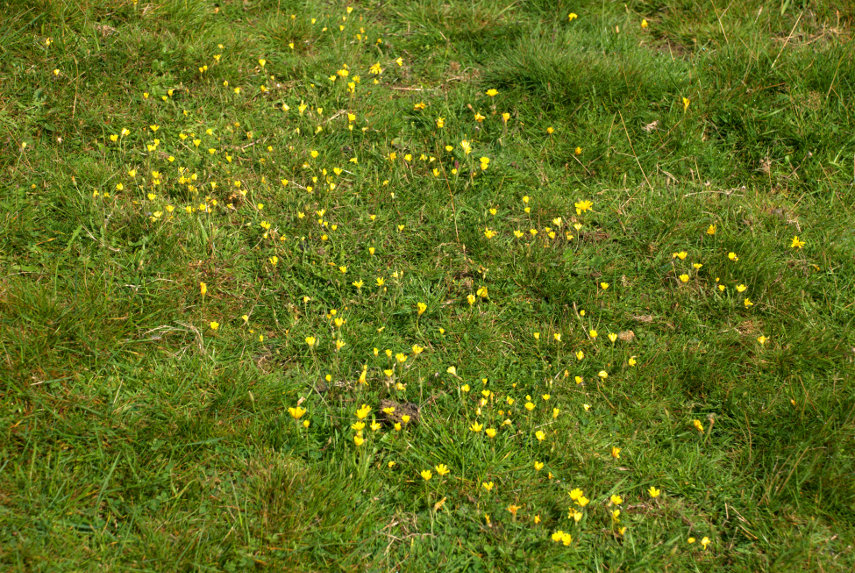 Inexorably upward, stop, puff, repeat and we eventually arrived at an expected junction with another path together with a pond. The path we want continues upward on the other side of the pond curving off to the right. 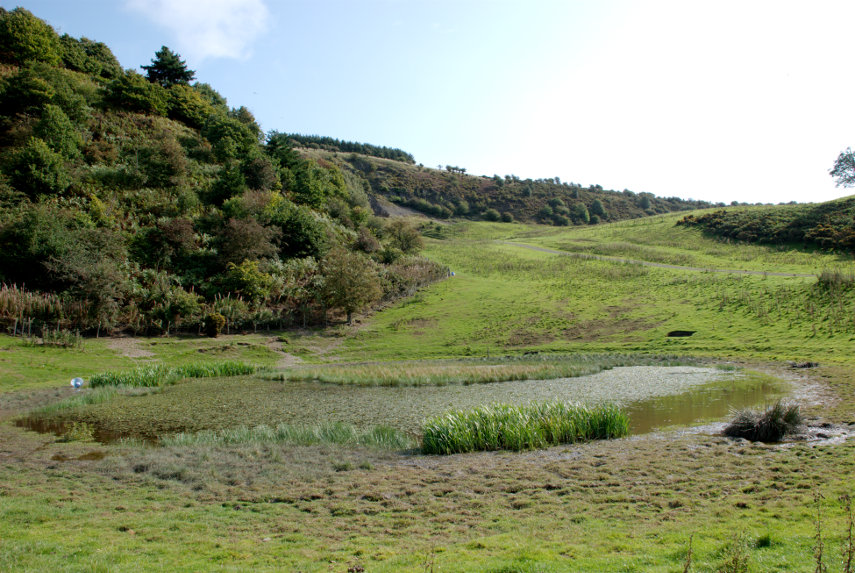 Having reached the high point in the photograph above we look back in the next picture to see this view. The footpath we turned out of is on the left of this path just before this path splits into two and you can see the pond on the right. The town of Knighton is visible just above the very dark triangle on the left probably better seen In the larger picture. 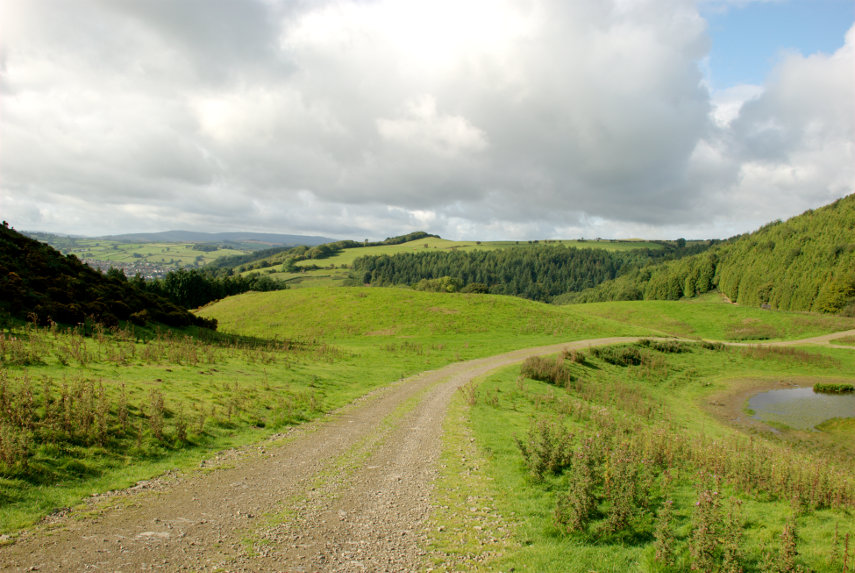 We have now gained more height but we are by no means near the top yet but we do have a lovely view and the sky has cleared a little which makes it even better. 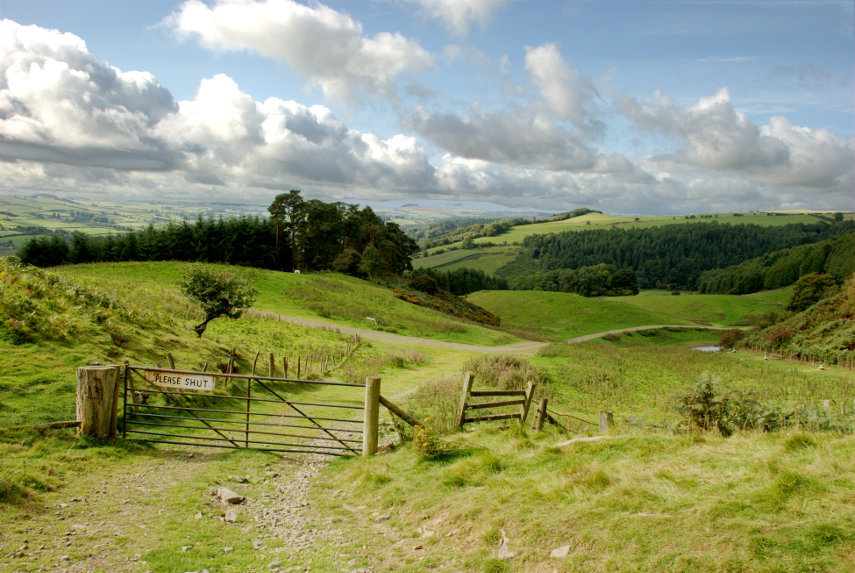 We are still climbing but we are now not too far from the top. 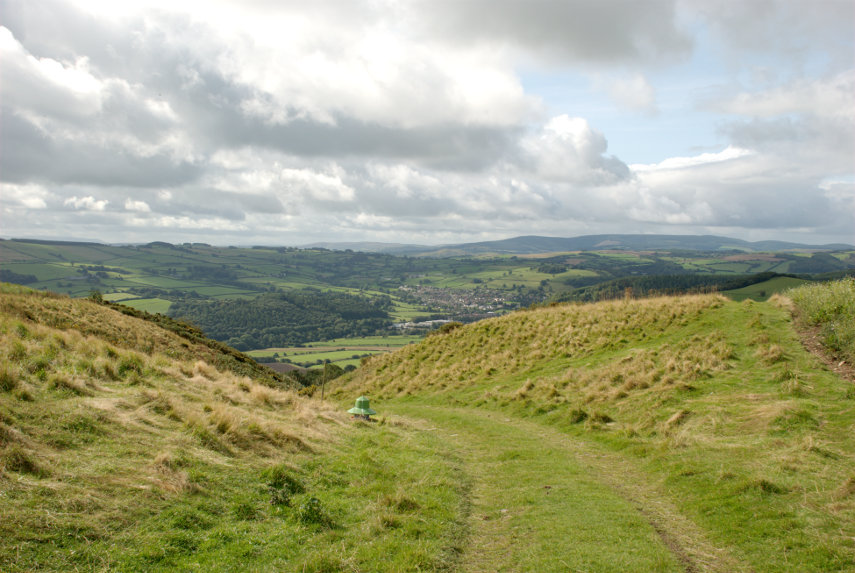 You can see the path levelling off now and you should also be able to see the path plunging downward as it curves to the left. We have just come up that bit and the town in the distance is, of course, Knighton. 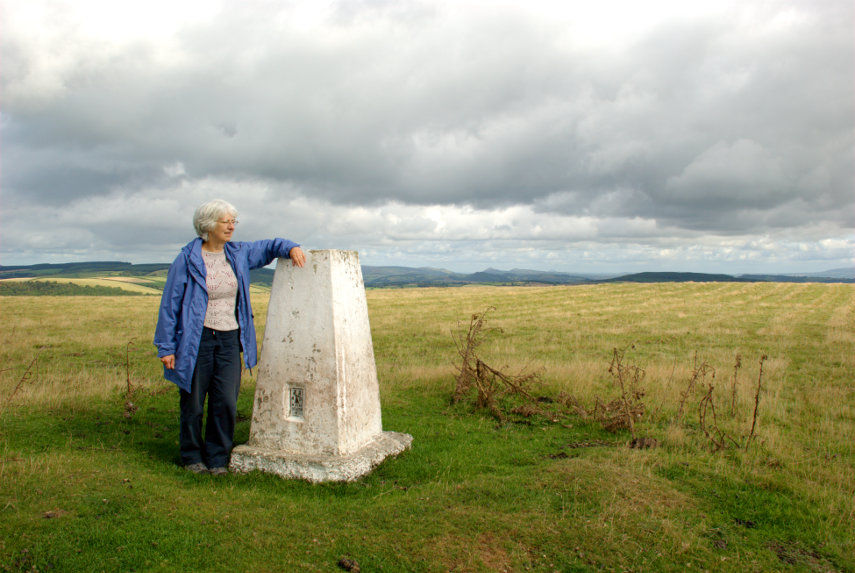 Finally, after crossing two large fields (fairly flat), we reach the top with its Ordnance Survey trigonometry point with Amanda trying to stop it from falling over. The next picture gives an idea of the view with sheep in the foreground and those black blobs on the left are actually cows. 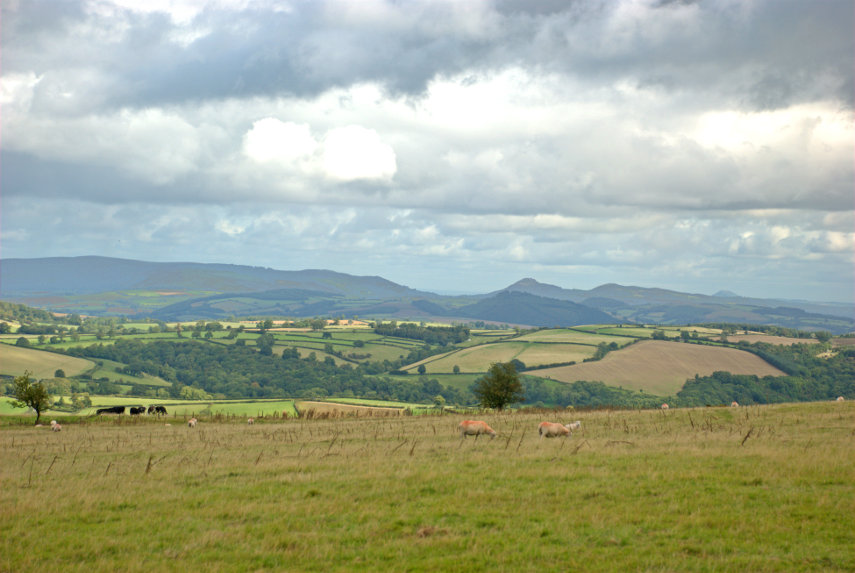 So where do the rocks in Holloway Rocks come in? There isn’t really much in the way of visible rocks although we passed an old quarry on the way up. Perhaps that’s where the name comes from. The hill we climbed is, unsurprisingly, Stowe Hill.

Well I managed to get there even though it took me about three times as long as it would have done a year ago. Measured over the ground it was probably less than a mile but pretty steep for most of the way. I don’t think that I would like to try walking it from home. That would be about 2 miles each way and although I’m fairly sure I could get there I couldn’t be certain that I could get back again which would be a little embarrassing.

So did I get back from this trip? Well, I’ll leave you to work that out.

2 thoughts on “If at first you don’t succeed …”