Today was forecast to have sunny intervals. I'm hoping that at least one of those intervals will be longer than 5 seconds as we have decided to re-visit Shrewsbury using our little train.

We came out of Shrewsbury Station and up some steps on to a high level walkway which took us over the railway and down to The Dana. The Dana is an old prison dating from medieval times although the medieval building is long gone. 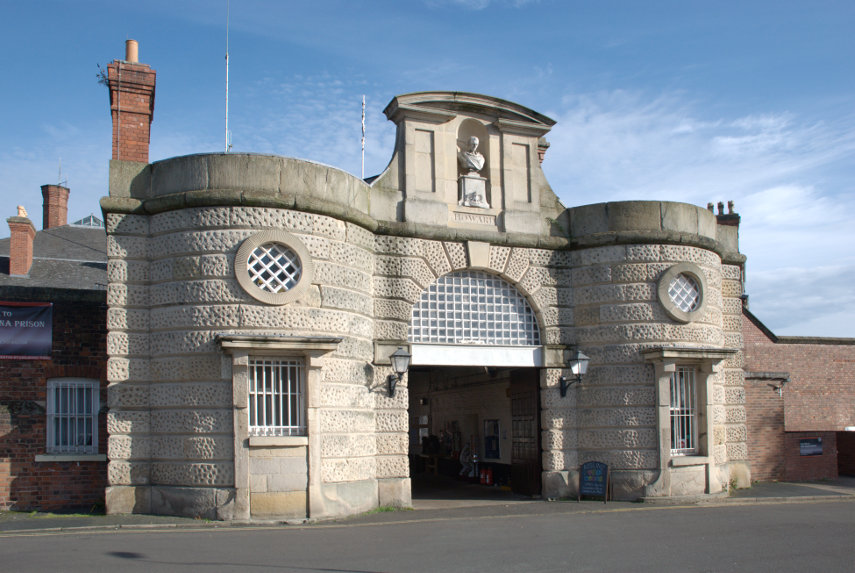 There has been a prison on the site since 1793, the original building being constructed by Thomas Telford, although the present prison was constructed in 1877. The name 'Dana' is still often used for the prison, as well as being the name of the road to one side of the prison and the pedestrian route that runs from near the front of the prison into the town centre via a footbridge over the station which is the route we used but in reverse.

There are prison tours available but we didn't avail ourselves of that option but opted to walk onward. We made our way down to the River Severn and walked along the riverside path away from the town centre. There was supposed to be some sort of weir further down river so we though we'd have a look at it. 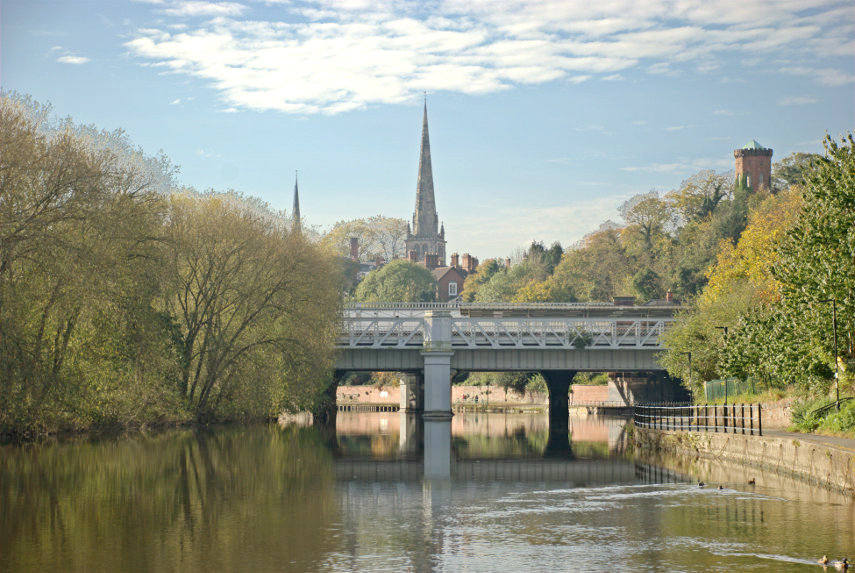 I wouldn't like to go over that in a small boat. 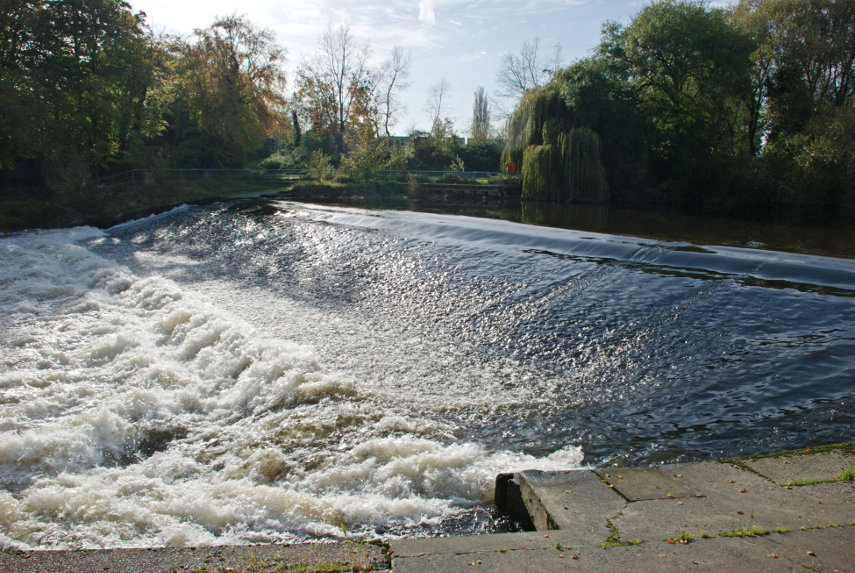 We turned round and walked back towards the town. When we reached the footbridge shown in the next picture we went up onto it and looked down river. We could just see the change in texture of the water surface which indicated where the weir was. You can probably see it more easily in the larger version of the second picture. 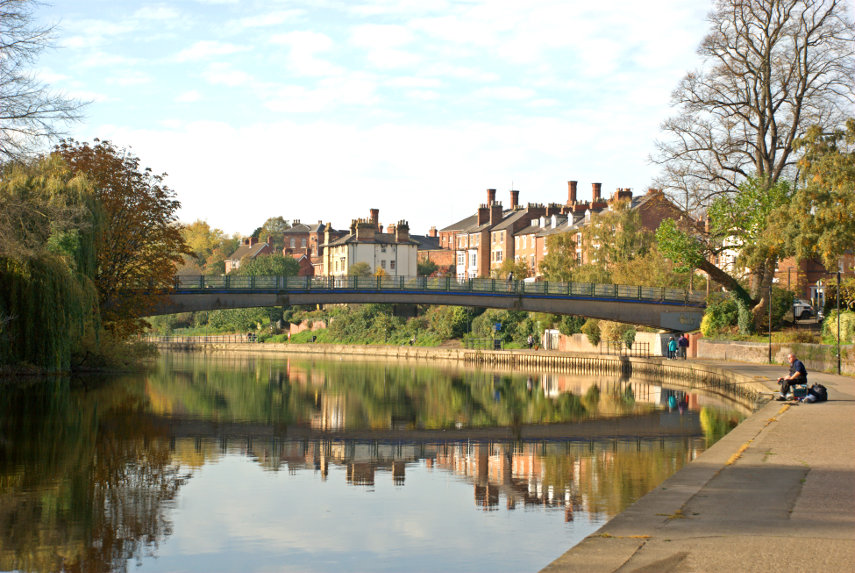 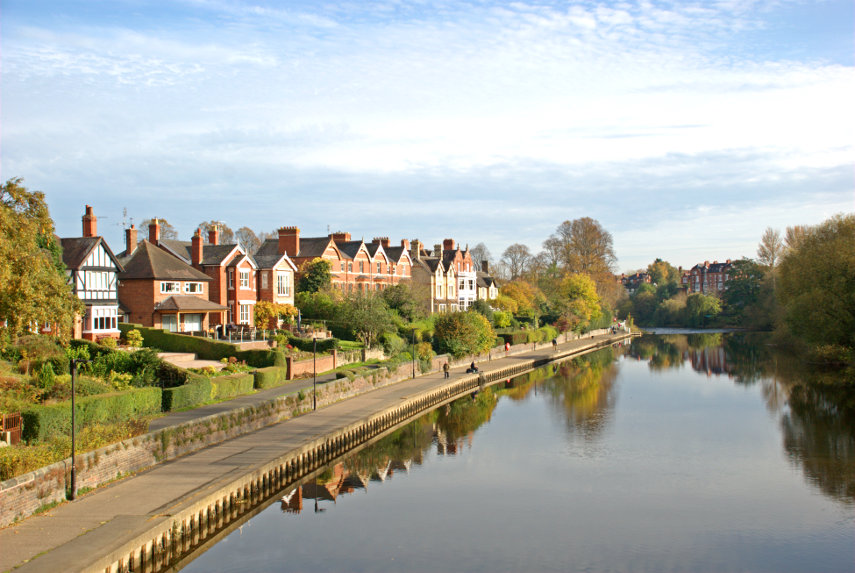 We walked along the riverside until we reached the next road bridge over the river. One thing I noticed immediately was that there were trees growing out of the water like the one on the left. Amanda tells me that it is a Willow and that it is not unusual for a piece of willow to float down stream and get stuck in the mud where it promptly takes root. So now you can see the result. 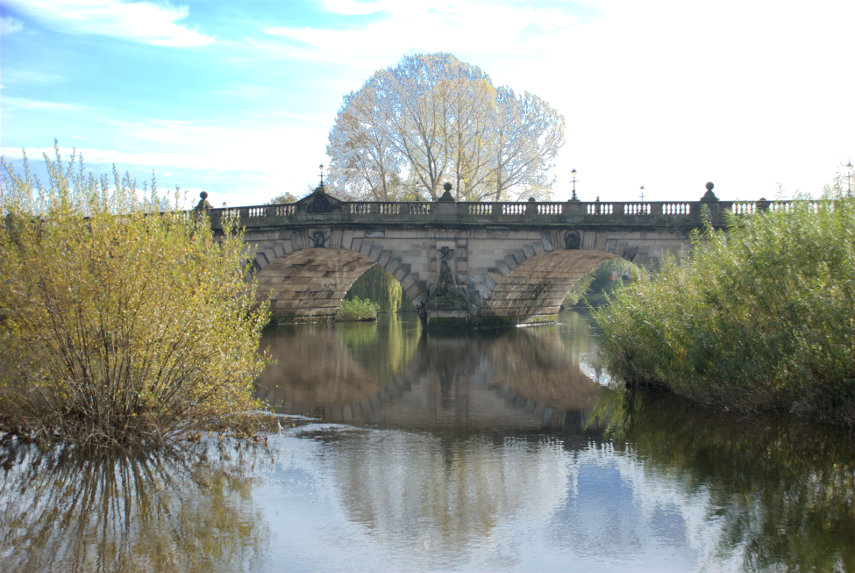 I also took this next photograph of the same bridge because I rather like the effect the low sun was procucing as it shone through the arches. I imagine it's being reflected off the water. 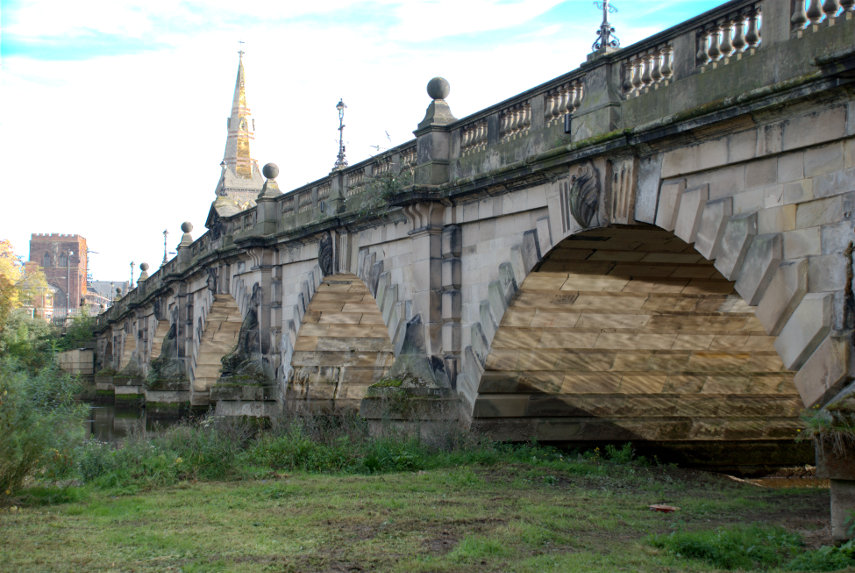 We continued walking and eventually reached the lower edge of the large park known as The Quarry which we visited on our previous trip. The riverside walk looked really nice in the sunlight. 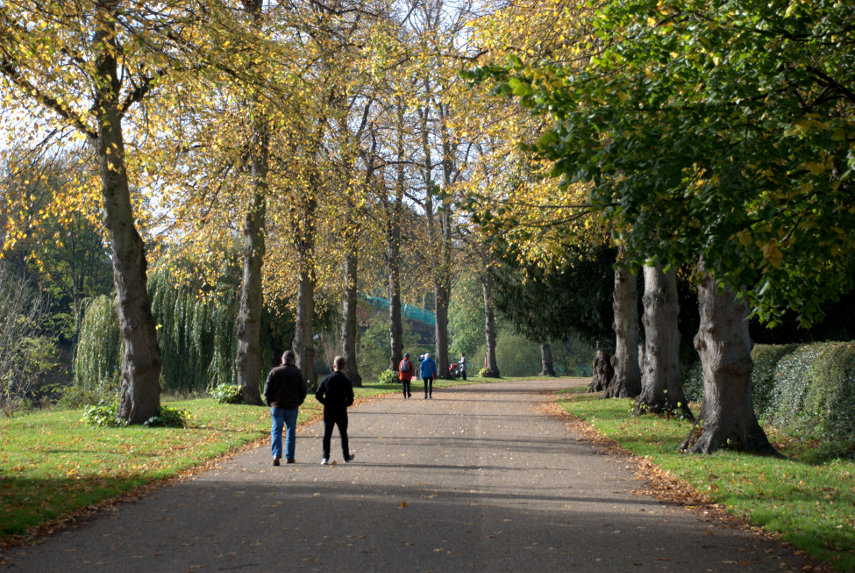 At the top edge of the park is St. Chads Church which I also mentioned in the blog post of our previous trip ( Sun, Signals and Sabrina ) when I wrote:

"I was hoping to get a photograph of Ebeneezer Scrooge's gravestone in the churchyard but we couldn't find it. Yes we know that Scrooge was a fictional character but the churchyard was used in the making of the film and the gravestone was left when filming was finished. It is still there somewhere."

So we walked up to St. Chads and into the graveyard and this time I found it. 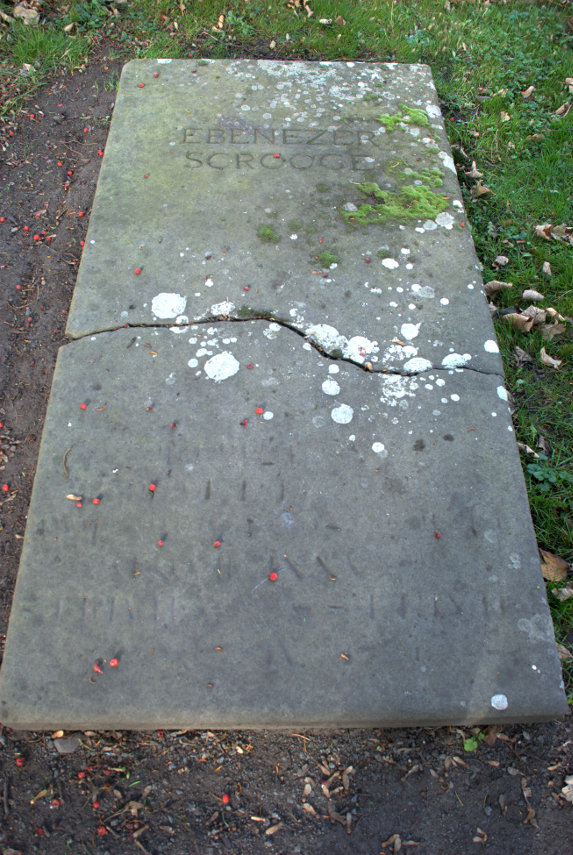 On the way back into town we saw Rowley's House which was built in the late 16th century by the wool merchant Roger Rowley. It is believed to be the earliest building in Shrewsbury to use bricks as part of its construction. 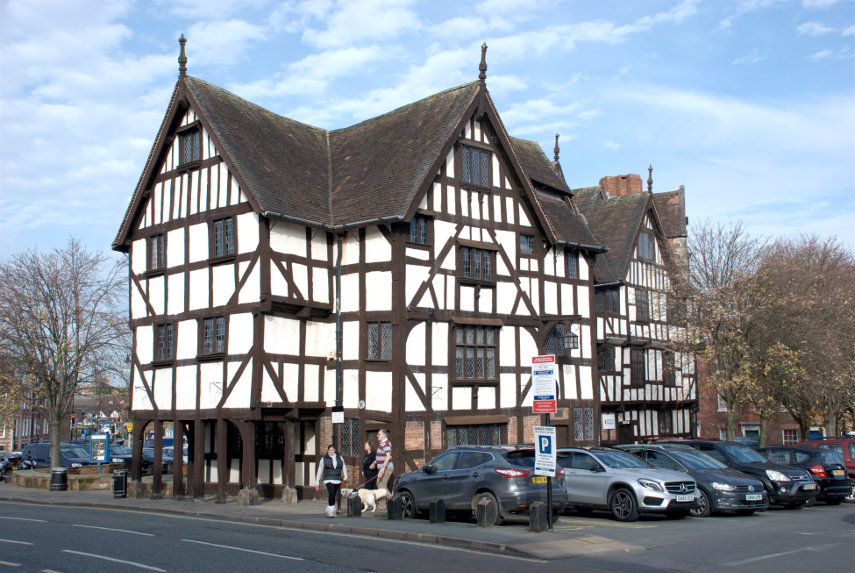 That was the end of another interesting, at least to us, walk. So back home on the train for us.

One thought on “A Grave Incident”