We arrived back from Stamford last Monday after another good trip. The weather wasn't all good but we had enough sun to get some good pictures. On the way up we stopped off at Houghton – a small village between St. Ives and Huntingdon in Huntingdonshire. A very pretty village with some thatched cottages and a watermill and what a watermill. 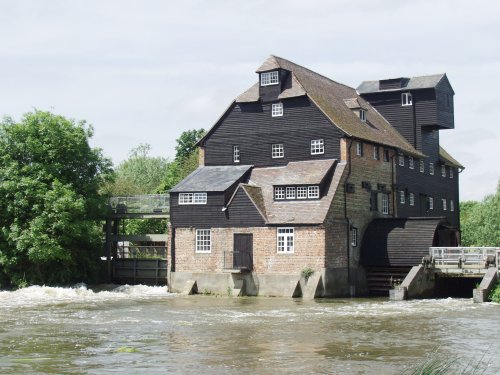 Just look at the size of that wheel on the right-hand size. I have not seen a waterwheel of that width before and it must have some power behind it when it's turning.

The water level was quite high when we were there, which is not surprising bearing in mind the amount of rain we'd had previously, and the water was spilling out of the sluice at an alarming rate causing the white water that you can surely see on the left of the mill.

This mill, in its heyday, wasn't just any old mill – it had three working waterwheels and 10 pairs of grinding stones. It must have been pretty noisy inside when it was running. Now there is only one waterwheel but it does still work. It wasn't running when we were there but they do give demonstrations at weekends and bank holidays.

This picture shows some of the driving gears with one of the wood encased grinding stones behind the vertical shaft. 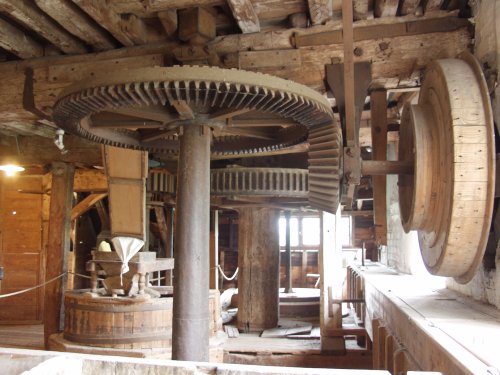 We continued on to Stamford which turned out to be a nice old town. Rather reminiscent of the cotswolds with its yellow stone buildings. 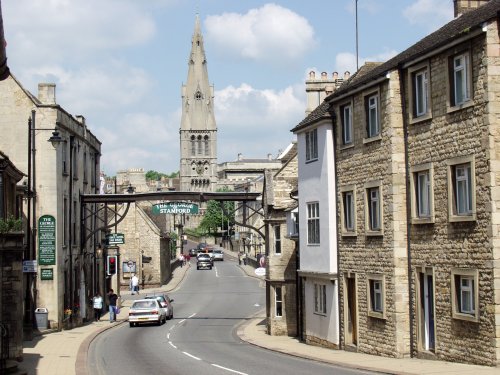 Amazingly there are four very large medieval churches in the town centre one of which appears in the above picture and there are lots of narrow passages between streets. You can't get buildings much closer can you? 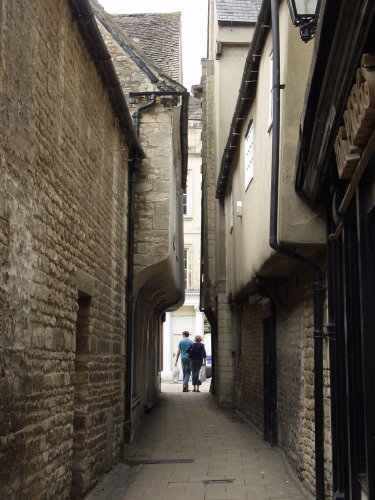 Down this alleyway or lane we found Mr. Pang's Chinese Restaurant and it turned out to be one of the best chinese restaurants we had ever been to. 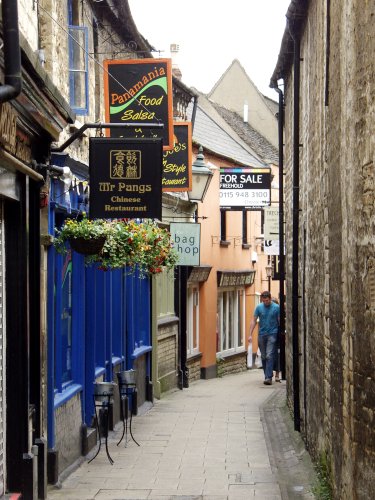 On the edge of Stamford is Burghley House and Park – a tudor mansion with surrounding parkland and Fallow Deer. They must be some of the tamest deer I've ever encountered especially the small herd which seems to stick around the visitors car park area. I saw a child of about 10 stroking one of them and it didn't take the slightest notice. It was much more interested in getting on with its grazing. 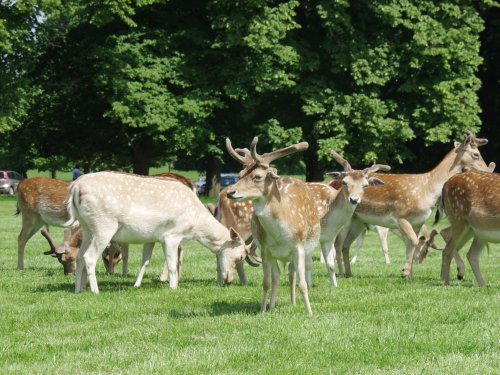 Most people imagine that these animals are the size of cows but these Fallow Deer are only about waist height. Two of the stags in the picture were obviously eyeing me up in anticipation that I might be about to produce food but they were out of luck.

We also visited Barnack Hills and Holes. This is an area next to a village called Barnack, just a few miles from Stamford, which, 800 years ago, was where the stone for Peterborough Cathedral was quarried. It is now a nature reserve and the passage of time has mellowed its appearance so that it now appears to be nothing more than grassy humps and hollows.

It does, however, have an interesting limestone flora including Pasque Flower which we thought we'd be too late for but we found a few that were still flowering. 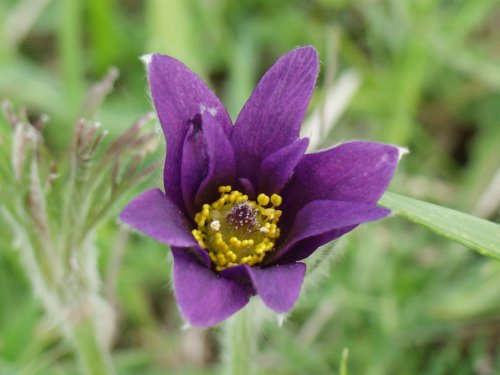 This is what the area looks like and you can see a thatched roof in the distance. 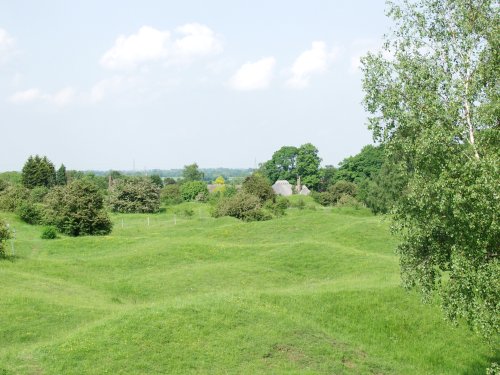 I shall be putting the new Stamford pages onto the main web site showing much greater detail sometime in the not too distant future.